The South African Ministry of Health has put together designs to implement universal health insurance for years now, and it finally looks as though it might become a reality 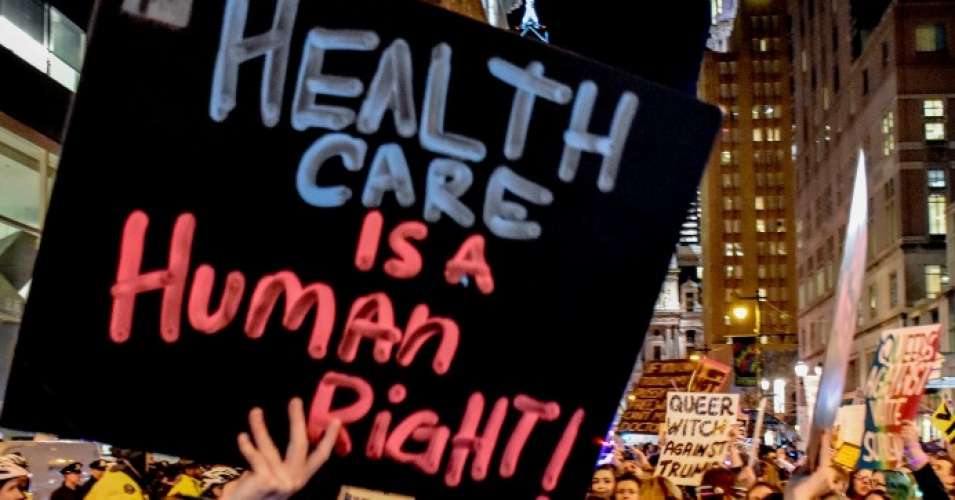 Universal healthcare is a luxury already enjoyed by countries like Britain and Canada – now South Africa wants to follow their lead with its National Health Insurance (NHI) initiative.

After being ratified by the country’s cabinet last week, citizens can now look forward to having their medical care paid for under a single NHI Fund – which effectively acts as an insurance policy covering the entire population.

The country currently has a largely two-tiered system of healthcare, in which an under-funded public sector struggles to accommodate its population.

While the private sector often offers a higher standard of treatment and better technology, there’s a high financial barrier to accessing it.

The country’s government is pushing to introduce NHI – which will be funded by increasing taxes – in the hope it will address socio-economic inequalities and expand access to healthcare, as well as pour funding into the public sector.

Dr Zweli Mkhize on why NHI is needed in South Africa

On 12 July, South Africa’s Minister for Health Dr Zweli Mkhize revealed his department’s budget and indicated the vast majority of it will be spent on the new universal healthcare scheme

“Expenditure on health must be seen as investment in economic growth,” he said.

He then paraphrased Tedros Ghebreyesus, director general of the World Health Organization, which consulted on the creation of NHI, from a 2018 speech he gave on the right to health to highlight why it’s needed.

“It’s children who survive beyond their fifth birthday because they’re immunised,” he said.

“It’s women who are able to start a small business because they don’t spend all their capital on healthcare.

“It’s men who don’t die before their time from non-communicable diseases.

“It’s from this backdrop that we have to express our confidence to commit to this cause despite all of the existing challenges of staff shortages, shortage of medicine, aging infrastructure, inequity in access and inadequate equipment.

“We have to use the critical levers of health to narrow the gaps and bring about the resolution of the country’s woes, such as economic growth, inequality, poverty and unemployment.”

A medical doctor himself, Dr Mkhize believes NHI can be effectively introduced to South Africa, but many within the medical profession doubt its economic sustainability, and some see it leading to the collapse of the country’s entire healthcare system.

What is National Health Insurance in South Africa?

Health insurance is often considered to be the preserve of the private sector, but the Ministry of Health’s plan would see the government become the insurer behind NHI policies.

The plan is to set up the NHI Fund, a pool of money set aside for subsidising medical care for claimants, raised by increasing the payroll tax and the country’s surcharge on taxable income by 2%.

It was introduced to South Africa as a proposal in June 2018, with the Ministry of Health calling for comments on it in a process that lasted until September the same year.

But the idea for the initiative came about more than ten ago, and work on its architecture and feasibility, including several pilot projects, has continued since.

At the beginning of this year, former Health Minister Aaron Motsoaledi announced it would be tabled before Parliament with a view to implementing it nationwide.

After it gained cabinet approval on 11 July, it’s expected to be presented to legislators in the coming months.

How will NHI in South Africa work?

The NHI will allow all South Africans to avoid paying medical costs at a health facility, with the country’s government footing the bill using the NHI Fund.

A key goal of the scheme is to end the two-tier healthcare system by pledging to pay healthcare providers a standardised rate for services that will flatten the cost for consumers, regardless of their socioeconomic status.

Through implementing NHI, the government will bring all active medical aid schemes into the NHI Fund, effectively nationalising the entire health insurance market and controlling the end-to-end provision of care.

President Cyril Ramaphosa believes this will bring down the cost of medical care due to the increase in production of medicine and supplies to meet a growing demand – a process known as economies of scale.

Private companies will still exist once NHI comes into force and takes over the provision of basic medical care, as well as cancer screening and preventative medicine, but it’s uncertain what role they will play.

The only guidance the South African government has given on the fate of private healthcare is that it will not disappear, but the Board of Healthcare Funders of Southern Africa has speculated it will be there to provide additional cover for anything NHI doesn’t include.

Despite the government’s confidence in its ability to introduce NHI effectively despite the need to address an aging infrastructure and inefficient service provision – many of South Africa’s associations remain in doubt about the initiative.

Concerns about tax funding for NHI in South Africa

After releasing its 2017 white paper on the NHI for scrutiny, South Africa’s government came under fire internally from the Davis Tax Committee, an investigation body within the ministry of finance, for underestimating the cost of implementation.

The committee reported that the expected cost of 256bn rand ($3.72bn) to deliver NHI until 2025 was based on an ambitious average growth rate for the country’s economy of 3.5%, which it says would still result in an 72bn rand ($1.05bn) shortfall.

What the committee sees as a more realistic growth figure of 2%, given the less than 1% expected growth rate in 2017, the shortfall is projected to reach 108bn rand ($1.57bn).

In releasing its findings, the committee suggested meeting the shortfall would require a 4% increase in payroll tax, rather than the 2% proposed by the department of health, along with a 3% increase to the VAT rate.

One of NHI’s most vocal critics is Siviwe Gwarube, director of communications for the Democratic Alliance – South Africa’s second largest political party and the main opposition of the ruling African National Congress (ANC).

Speaking to Parliament earlier this month, she said the dream the ANC envisioned through the NHI would be a “sick and unaffordable nightmare” that would create the “perfect breeding ground for mass corruption and slow delivery of care”.

Drawing on evidence from the ten pilot projects carried out by the government in different areas of the country, which she claims have “failed in spectacular fashion”, Ms Gwarube argues that in contrast to the goal of covering everyone in South Africa through NHI, it would take 25 years to transform the healthcare system.

Political analyst Dr Anthea Jeffery set out many of Ms Gwarube’s concerns in a policy paper that predated her comments.

She said: “It [the NHI plan] assumes that throwing more resources at the public sector will provide a cure-all, whereas poor skills, cadre deployment, and a crippling lack of accountability lie at the heart of the malaise and will have to be overcome.”

Alongside this critique, Dr Jeffery believes the NHI is part of a long-term plan to undermine the private market in South Africa.

“The ANC is ideologically hostile to business and has long demonstrated a deep suspicion of the ‘profit’ motive in private healthcare.

“Both for this reason – and to help pave the way for its damaging regulatory interventions – it has repeatedly stigmatised the private healthcare system as costly, selfish, and uncaring in its constant drive to put ‘profits before people’.

“Behind this constant stigmatisation of private healthcare lies the ANC’s commitment to the national democratic revolution (NDR): a strategy developed by the Soviet Union in the 1950s to take former colonies from capitalism to socialism and then communism.”