Collaboration between Aon, Etherisc and Oxfam will mean crop farmers receive a near-instant payout when extreme weather causes their harvest to fail 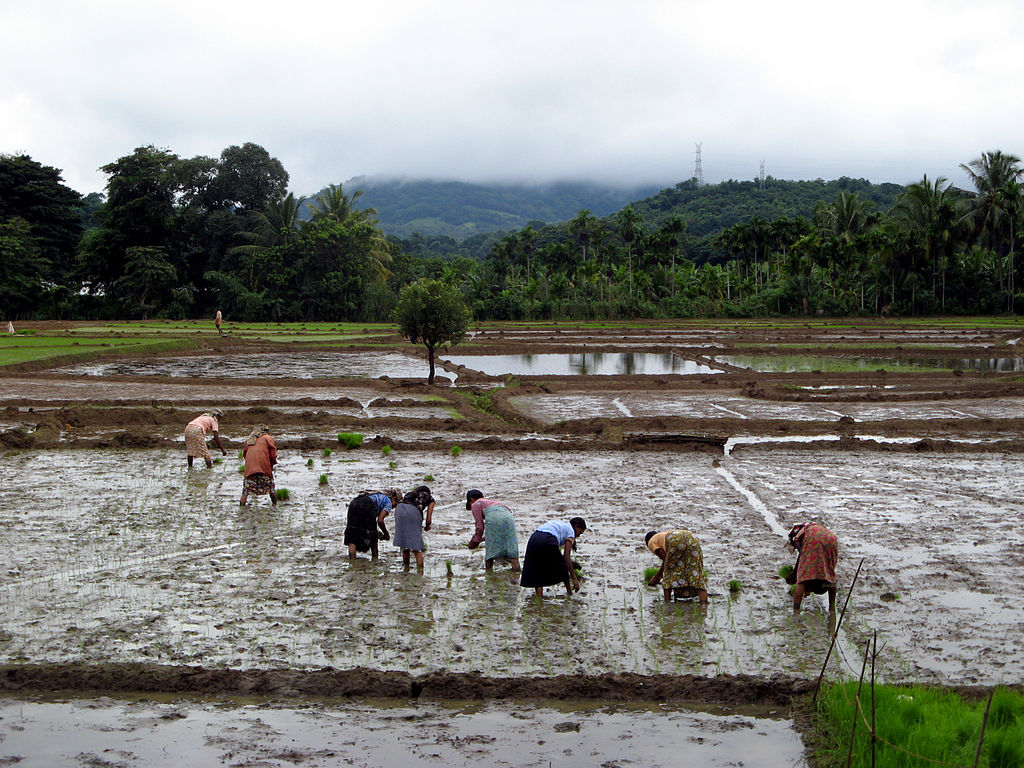 Etherisc uses its blockchain technology to ensure that insurance claims are paid on a “parametric” basis, meaning they’re triggered when extreme weather events have a scientifically verifiable impact on crops.

Hugo Wegbrans, Aon’s chief broking officer for Europe, Middle East & Africa, said: “Strong collaboration, such as this initiative with Oxfam and Etherisc, allows us to broaden the potential positive impact we can have on people, families and small businesses around the globe.

“At the heart of our work is a mission to empower economic and human possibility – and that is exactly what we are doing here.”

Expanding the reach and affordability of insurance with Etherisc blockchain

But the director of Oxfam’s Sri Lankan operation, Bojan Kolundzija, believes the new blockchain-based product will expand the reach of insurance in the country even further.

A blockchain is a shared ledger where transactions are permanently recorded by appending blocks.

The blockchain serves as a historical record of all transactions that ever occurred, from the genesis block to the latest block, hence the name blockchain.

Mr Kolundzija said: “Oxfam’s expertise in Sri Lanka  in climate-smart agriculture and our long-standing engagement with farmer communities, provides us with in-depth knowledge about the opportunities and challenges that farmers have in climate and weather events.

“Allowing farmers to access the blockchain platform is an important milestone that is bringing an effective and affordable risk transfer mechanism to a large portion of the Sri Lanka economy.”

Michiel Berende, chief inclusive officer at Etherisc, said: “Farmers represent a third of the workforce and account for almost 20% of the economy, yet very few have insurance.

“This made Sri Lanka a perfect candidate to feel the benefits of decentralized, collaborative and automated insurance.

“This alliance is really a cooperation between all, and showcases blockchain for social good.”

The South Asia region is one of the worst affected by tropical storms and flooding, but the increasing incidence of heatwaves and droughts is also a threat, especially for Sri Lanka.

The country’s Disaster Management Center reported last week that 350,000 people have been affected by dry weather conditions affecting some parts of the country.

The 2019 Global Climate Risk Index – an analysis of climate change impact conducted by non-profit NGO Germanwatch – ranked the country second in relation to the impact of extreme weather between 1998 and 2017.

For Sri Lankan crop farmers, the biggest danger is unpredictable spells of wet and dry weather, which can result in the failure of their harvests.

For paddies in particular – a type of farmland in Southern and Eastern Asia that needs the flooding brought by the monsoon season to cultivate rice – over-flooding or drought can easily ruin yields.

According to Oxfam, between 2016 and 2017, 1.2 million Sri Lankans suffered an extreme drought, and the organisation’s research showed that farming communities were the worst affected.

While the Sri Lankan government does offer crop insurance for rice farmers, the non-profit claimed almost no-one has benefitted due to complicated procedures, bureaucracies, and inadequate resources of the country’s Agrarian Insurance Board.