The Netherlands is Lemonade’s second European market, where it will offer contents and liability insurance through its app 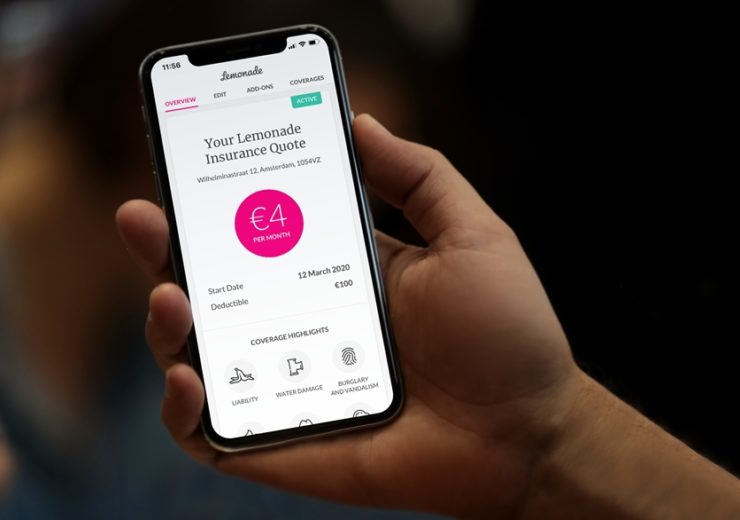 Lemonade, a New York-based AI-powered insurance services provider, announced that its services are now available in the European country of the Netherlands.

By downloading the Lemonade app, consumers in the Netherlands can now obtain contents and liability insurance instantly. They can also file for claims and get paid within seconds through the app, the company said.

In the Netherlands, Lemonade has launched a product that’s known in the US for its ease of use. The product has the added the benefit of being based on its Policy 2.0, a new insurance policy launched by the company.

Presently, the Policy 2.0 is available only in the Netherland and Germany.

The American insurer claims that its new policy is a short, easy to understand, and transparent document designed for ordinary people.

The Netherlands is the second European country in which Lemonade has launched, following its launch in Germany last year.

Lemonade co-founder and CEO Daniel Schreiber said: “We chose the Netherlands for our next European launch due to the many requests we received from Dutch consumers asking us to come there next.

“Our unique insurance policy is not only the most transparent, affordable, and mission-driven in the market, but it’s also crafted specifically for Dutch consumers, with things such as bicycle theft coverage and more.”

Lemonade has its European headquarters in Amsterdam

As per the American insurance provider, it charges a flat fee for its operations and gives the remaining underwriting profit to non-profits, as part of its annual Giveback.

Launched in New York in late 2016, it is claimed to be one of the fastest growing insurance companies.

Lemonade has its European headquarters in Amsterdam and is licensed and supervised by the Dutch Central Bank.

The company selected to launch in the Netherlands for its collaborative and seasoned regulatory environment.