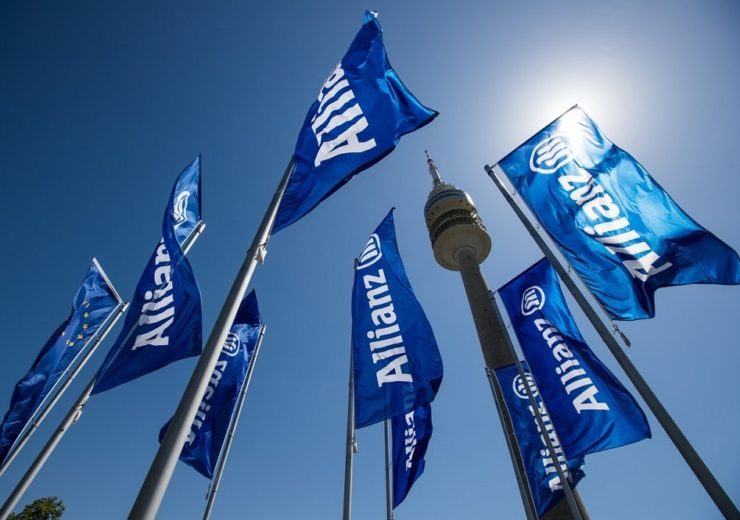 Allianz could raise its annual gross written premium (GWP) figure by £329m if it secures a potential acquisition deal to take on the home and pet insurance customers of Legal & General, according to an analyst.

Yasha Kuruvilla, associate analyst for data and analytics firm GlobalData’s general insurance sector, believes the German insurance giant could boost its income, which stood at £2.17bn in 2017, should it go ahead.

The proposed agreement with L&G, which has had its home insurance business on the market since December last year, would cost Allianz upwards of £300m.

Mr Kuruvilla said: “If Allianz acquires L&G’s home insurance business, it would be a big win for the former in the UK market, bringing in an additional £329m in GWP.

“According to our 2018 General Insurance Consumer Survey, Allianz was the 25th most popular provider among home insurance customers.

“Bringing L&G’s home insurance customers on board will make Allianz the fifth most popular insurer – a huge jump in popularity.

“Of course, all this hinges on whether the two firms come to an agreement in the first place.”

Despite the jump in popularity, the deal won’t alter Allianz’s position as the UK’s fifth largest insurer by GWP.

“While the acquisition will not see Allianz overtake any of its competitors in the UK market, it does bring it much closer to fourth placed RSA,” added Mr Kuruvilla.

“It also gives Allianz a much stronger foothold in the UK home insurance market, where it was previously not a very strong competitor.”

Legal & General could sell to Allianz after 2018 general insurance loss

The firm cited an unexpected number of claims caused by cold weather throughout February and March 2018, with flooding from burst pipes among the main causes.

A report from the Association of British Insurers (ABI) claimed that £1.25bn was paid by insurers under domestic and commercial property insurance policies during this period – the highest quarterly figure for two years.

Shortly after this, 2018’s prolonged periods of dry weather caused an uptick in claims for subsidence – an event in which the ground under a building collapses, or sinks lower, taking some of the foundations with it.

The increase in claims for this issue, which puts strain on a building and causes cracks to appear, was also cited by L&G as a reason for the operating loss.

The prospective deal with L&G was reported earlier this week after Allianz entered into a partnership with rival insurer LV= in 2017 to acquire a 49% stake in its personal lines business.

Since then, Allianz and LV=’s general insurance businesses have been working together on the development of a joint venture called LV=GI to achieve top-three UK insurer status.

A second stage transaction is set to take place this year in which Allianz will pay an additional £213m to increase its stake by a further 20.9%, with a view to continue investment until it owns 100% of LV=GI.

It’s unclear whether an acquisition deal with L&G would involve the new home insurance portfolio being transferred to the joint venture.