The standard, which was developed by DEWA in cooperation with the British Standards Institution (BSI), is the first of its kind in the world and reflects an important evolution in risk and resilience management 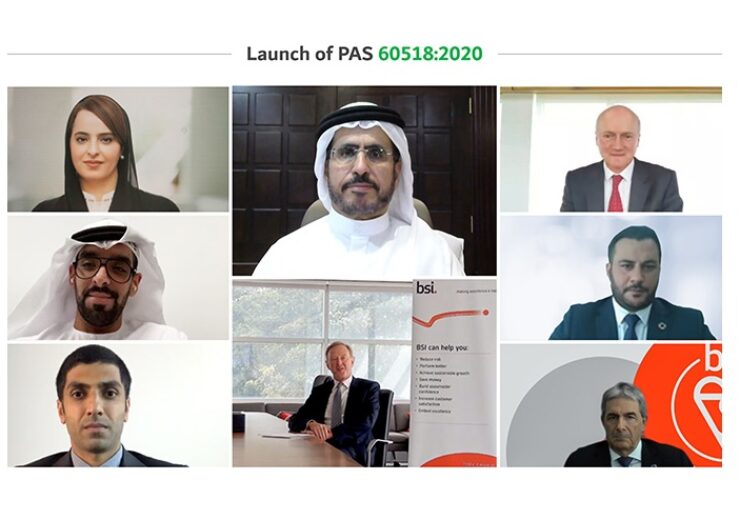 HE Saeed Mohammed Al Tayer, MD & CEO of Dubai Electricity and Water Authority (DEWA) has launched the PAS 60518:2020 – Enterprise Risk & Resilience Management standard for the utility sector. The standard, which was developed by DEWA in cooperation with the British Standards Institution (BSI), is the first of its kind in the world and reflects an important evolution in risk and resilience management. The new achievement confirms DEWA’s global role in the utility sector and supports its vision to become a globally leading sustainable innovative corporation.

“I am honoured to dedicate this achievement to His Highness Sheikh Mohammed bin Rashid Al Maktoum, Vice President and Prime Minister of the UAE and Ruler of Dubai, who has consolidated the foundations of government excellence. As a result, the UAE Government has become a global role model for excellence. This new standard, developed by DEWA in cooperation with the British Standards Institution (BSI) and leading international utilities, adds to DEWA’s distinguished and pioneering achievements. It will be a revolutionary global reference for utilities, and a key enabler for advancing risk management and resilience,” said Al Tayer.

“Utilities must continually develop their proactive risk management to increase their resilience and their abilities to grow and thrive in all circumstances. DEWA’s practices have become a benchmark for several organisations around the world, and the recent rapid developments the world has seen because of the COVID-19 pandemic, show how important it is to have started early in developing the PAS 60518 – Enterprise Risk & Resilience Management standard. Our commitment to risk and resilience excellence helped DEWA achieve globally competitive results and break world records in energy and water performance indicators. The UAE, represented by DEWA, has maintained its first position globally for the third consecutive year for getting electricity according to the World Bank’s Doing Business Report 2020, which measures the ease of doing business in 190 economies around the world,” added Al Tayer.

Al Tayer thanked BSI, DEWA’s Risk and Resilience team and the global utilities that collaborated with DEWA for their hard work in developing this pioneering standard.

“DEWA is leading the way in combining risk management, resilience and business continuity and this new BSI international PAS is a practical guide to creating resilient and sustainable utilities,” said Kerr.

Khawla Al Mehairi, Executive Vice President of Strategy and Government Communications at DEWA, said that developing PAS 60518 underlines DEWA’s leading position among global utilities. The new standard is an important addition to DEWA’s efforts to set risk and resilience standards to ensure business continuity, and handle emergencies with the highest levels of efficiency to serve people and achieve their happiness.

Al Mehairi noted that a number of international utilities participated with DEWA and BSI in developing the new standard. These include France’s EDF, Germany’s RWE, and the UK National Grid.