London-based RSA Insurance Group has reported an underwriting loss in its UK and London market business for the third quarter of 2018, which the insurer says is disappointing. 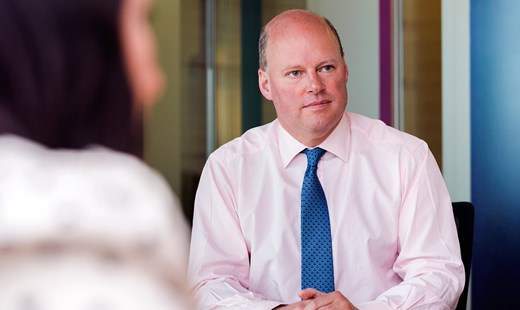 The losses were driven by higher weather, large losses and attritional claims, RSA said in a trading update.

The company said its Q3 group net written premiums grew 4% at constant exchange versus the prior year.

RSA reported an underwriting loss in its UK and London market business of nearly £70m in Q3 owing to higher weather, large losses and also attritional claims. The global insurer revealed that its Marine portfolio was impacted the most.

RSA said that its UK premiums continue to be lower than last year as it has taken up pricing and re-underwriting action.

Overall the British insurer reported its group net written premiums year-to-date at £4.9bn, which is up 1% net of changes in reinsurance but down 2% at a headline level.

RSA said that regional premium trends were in line with those seen in H1 2018.

The company said that in Scandinavia, its Swedish Personal Lines have seen continued attractive growth owing to contribution from policy counts, retention and rate.

In Canada, the insurer said that it continues to see positive trends with Johnson, Personal Broker and Commercial premiums, all putting up an improved show in an otherwise hardening market.

“Actions to improve in the UK are well underway and we are determined to restore satisfactory performance whilst continuing our progress internationally.”

Last month, the general insurance company launched cyber cover for large and multinational businesses as a shield against the threat of cyber security breaches.

RSA said that the new cyber insurance product offers comprehensive cover, assistance with risk assessment provision and management of all the post-event services that a firm would require when a cyber event occurs.

The insurance company further said that its cyber protection also comes with the option of a detailed cyber risk assessment, which is supported by Deloitte, to help detect and cut down potential cyber risks.