JPMorgan has been engaged by the insurer to help it in undertaking the sale process, as per sources 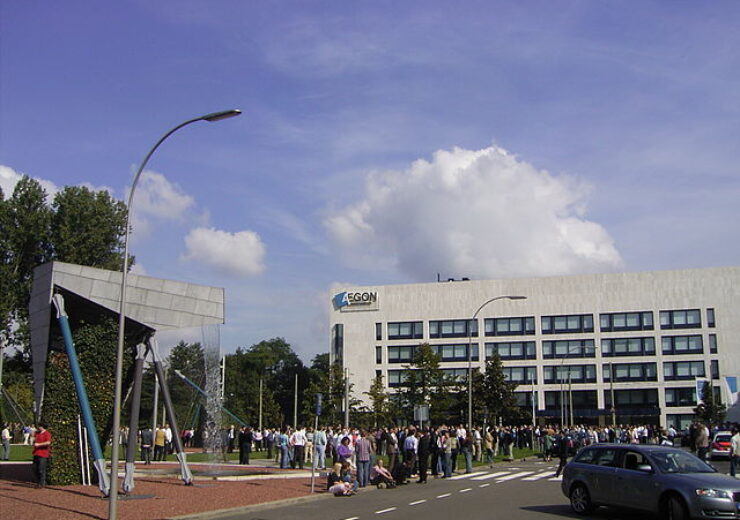 Headquarters of AEGON in The Hague, Netherlands. (Credit: Wikipedia.org/TeunSpaans)

Aegon is reportedly looking to sell its Eastern European business, which includes its operations in Hungary, Poland, Romania, and Turkey.

The Dutch insurance major is taking up the sale with a goal to raise capital to cope up with the impact of the Covid-19 pandemic on its operations, reported Reuters, citing two sources with knowledge about the matter.

It is also expected to help the insurer in improving its earnings in its core markets.

Aegon has reportedly engaged JPMorgan in connection with the sale process.

Aegon in talks with potential buyers

The Dutch insurer also undertook preliminary talks with industry players to offload the business, as per the anonymous sources.

Citing the same sources, the publication reported that Aegon’s Eastern European business could be valued at around €650m, and is being divested by means of an auction.

The sources revealed that Belgium-based KBC and Dutch insurance company NN Group are both exploring possible bids for the business. Another possible bidder is reportedly German insurance group Allianz, which has expressed its interest in the business.

In August 2020, Aegon reported that its H1 2020 net income declined by 67% to €202m. At that time, its CEO Lard Friese revealed that the company will focus on strengthening its balance sheet in addition to taking up other measures to transform it into a high-performing group.

For the first quarter of this year, the Dutch insurance group reported a net income of €1.27bn, while the underlying earnings before tax in the period were €366m.

Earlier this month, Aegon signed a deal to sell Stonebridge, a UK-based provider of accident insurance products, to Global Premium, for nearly €65m.