Zego will insure an initial 100-vehicle fleet deployed by Ginger in partnership with local authorities in the Tees Valley region in the North East of England. 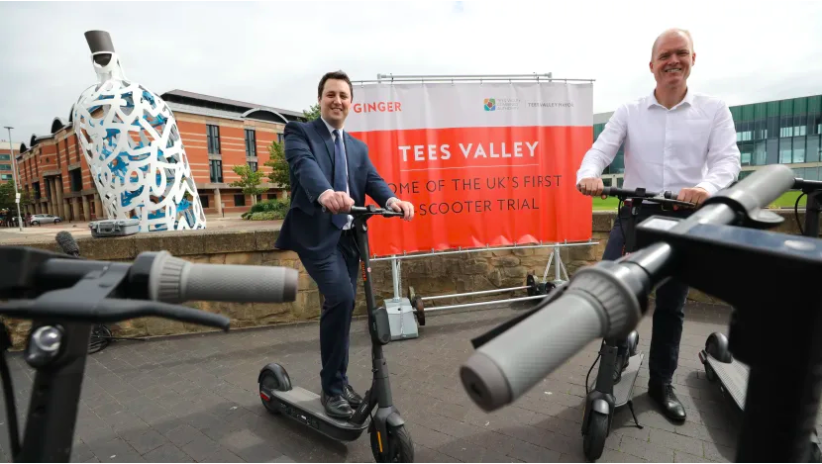 London-based insurtech Zego has partnered with micromobility start-up Ginger to provide insurance for its riders during a 12-month e-scooter pilot programme launched by the UK government.

The partnership will give riders the government-mandated third-party coverage, as well as personal accident cover, and will apply to an initial 100 vehicles, with both companies expecting the deal to expand to cover 300 scooters by August.

During the trial period, the premium paid for Zego’s coverage will be fully absorbed by Ginger, which has stated it won’t pass any of the cost on to riders.

Zego CEO Sten Saar said: “We are delighted to be partnering with Ginger and playing an important part in the UK’s first e-scooter trial.

“These schemes offer huge potential and will play a key role in helping cities get moving again in a safe and sustainable way.

“We want to support the growth of this industry across the UK by creating adaptable insurance models to suit the needs of e-scooter fleets, riders and local cities.

“For this form of transport to be widely adopted and welcomed by all, it’s essential that e-scooters come with the right insurance without causing inconvenience for riders.”

Zego already insures e-scooters in France, Belgium and Italy through a partnership with Amsterdam-based Dott, which has operated a reduced fleet of 1,800 units in France during the Covid-19 lockdown period.

But the partnership with Ginger marks the insurtech’s first foray into covering micromobility vehicles in the UK.

Ginger CEO Paul Hodgins said: “Ginger is delighted to be working with Zego to bring the first operational e-scooter trial to the UK.

“Both Ginger and Zego share a passion to make the world a better place through zero-emission sustainable transport, and this partnership has been the product of a genuine understanding of our needs and the communities we operate.”

The deal between Zego and Ginger won’t involve the insurtech carrying the e-scooter operator’s risk itself, despite having obtained a licence to do so in November last year.

Consistent with Saar’s view at the time, that acting as a broker would remain its primary role, the risk will be underwritten by Zego’s insurance partners.

Ginger’s e-scooter fleet is currently available in the North East England region of Tees Valley, where the vehicles are being trialled in partnership with Mayor Ben Houchen.

Zego in discussion with other e-scooter fleet operators

According to Zego co-founder and chief business development officer Harry Franks, micromobility is “a very strategic but relatively small” part of the insurtech’s overall business.

This has meant that Dott’s reduction in fleet size hasn’t had a substantial impact on the firm, and although it welcomes the UK government’s change in attitude towards e-scooters, it still doesn’t see the micromobility sector as “a huge growth driver”, added Franks.

Despite this, Zego is still aiming high in its effort to partner with providers, with product offerings that suit large companies like Bird and Lime, as well as the smaller players like Ginger.

“We’ve got products that are satisfactory for all of them,” said Franks.

“We’ve put together a scheme that is applicable across a range of locations in the UK, as well as a range of different providers.

“We’re in a number of discussions as a result.”