Whitespace is one of many electronic risk placing platforms used in the Lloyd's market, but it's chief platform officer says the competition is a good thing 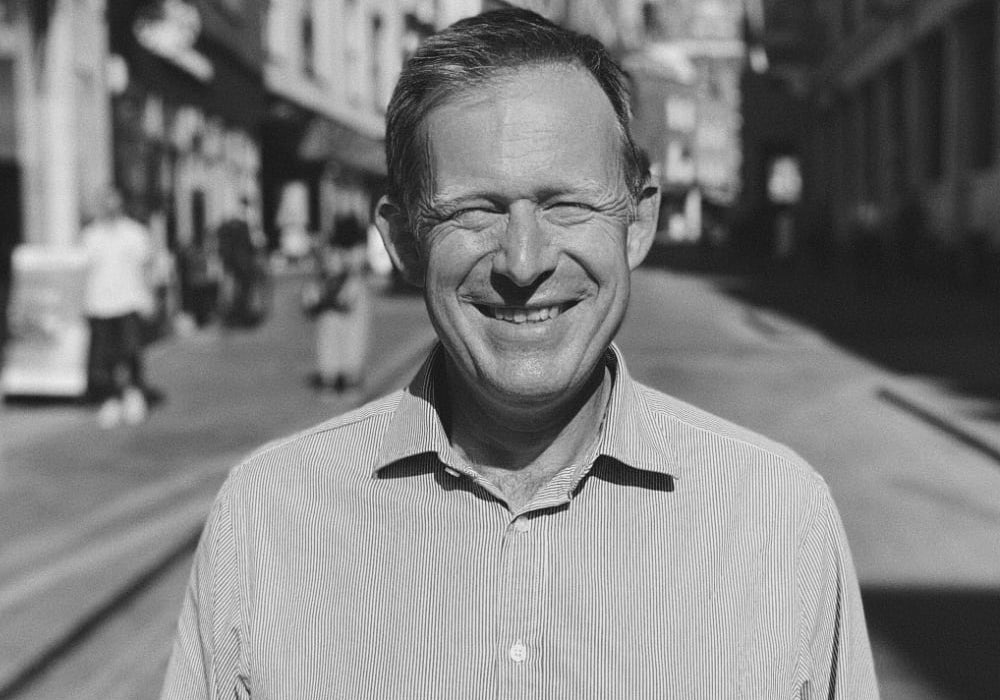 It took a while for the industry-wide push for innovation to reach the world’s oldest insurance market, but Lloyd’s of London has, for several years now, been on a path of digitalisation. Whitespace CPO Marcus Broome tells Peter Littlejohns about his company’s electronic risk placing platform and how it could fit into the marketplace in the future.

The first insurance contracts entered into at the Lloyd’s coffee house more than 300 years ago were written in ink and signed on paper.

Since that time, what transformed into the Lloyd’s of London market has adjusted to several new types of technology — despite only recently admitting much of its business was paper and Excel-based.

Since late 2018, Lloyd’s CEO John Neal has been setting targets for electronic risk placing — the binding of a contract on a single platform — with the aim of achieving near 100% usage of the technology.

The marketplace has appeared keen to adopt this way of working, exceeding these targets in most cases, with the most recent set at 80% for the first quarter of 2020.

Whitespace is one company that provides such a platform, and chief product officer Marcus Broome admits that while the uptake of his company’s technology is evidence there’s an industry-wide appetite for electronic placing, the targets set by Lloyd’s have been a boon.

“It must help that the market wants to move to more electronic risk placing,” he says.

“Our business has been spearheaded by Lloyd’s because syndicates have to comply with the terms of the mandate, and that means they have to use a recognised electronic system like ours to trade.”

“But we are increasingly seeing companies outside of Lloyd’s adopting the platform for its pure efficiency.”

If this is the case, introducing the Whitespace platform to brokers, insurers and managing agents looking to hit the mandate targets may still have helped the tech provider to extend its reach and its sales volume.

“Many of the Lloyd’s organisations that are on board have also signed up to use the platform for their company market activity as well,” he adds.

“It’s rare nowadays that there’s an organisation that’s purely Lloyd’s, most of the marketplace’s syndicates are arms of global insurers.”

Broome claims that “most” of the managing agents operating at Lloyd’s are currently using the Whitespace platform.

How does electronic risk placing work on the Whitespace platform?

Whitespace is one of many options on the list of “recognised electronic placement systems” laid out on the marketplace website.

The role of each is to facilitate the transfer of risk digitally, leaving an audit trail to follow should the terms of a policy need to be scrutinised, or if changes need to be made apparent to all parties involved in the exchange.

“The platform allows a contract to be shared by a broker with the various insurers they’re negotiating with, as they go through the pricing and placement process.

“The whole process works in a closed loop, where any change to the contract made as part of that negotiation is a change to the digital data, and we can track it.”

The closed-loop nature of Whitespace’s system is reminiscent of a blockchain, but Broome says the company opted not to use distributed ledger technology, which carries a high cost to run, instead harnessing software from Couchbase that has many of the same benefits.

“We do use a distributed database from Couchbase, and in fact, that has quite a lot of the characteristics of a blockchain, in that it enables us to verify that people are looking at the same contract – but it doesn’t come with the higher operational costs.

“It also enables us to comply easily with things like GDPR, where we have to be able to verify that we can delete data if people want it deleted.”

What limitations does Whitespace hope to overcome?

Broome says Whitespace can be used on smart devices as well as desktops and laptops, due to a decision the company made to code the majority of its software in Apple’s open-source language Swift.

But currently, the platform doesn’t grant the ability to share an insurer’s portfolio with companies in the reinsurance market, which would allow them to place their own risk in the same way they take it on.

Broome, however, says this could happen in the future.

“I’ve noted throughout this process that some things that would, a few months ago, have sounded a little over-ambitious for us to say, they’re now starting to sound more like they might happen.

“For some classes of business, and combinations of brokers and underwriters, I’m starting to think this technology could put them in a place where they could share a lot more data with each other and with reinsurers.”

On 19 March, Lloyd’s closed its famous trading floor, known as “the room” — where brokers and managing agents bring risk contracts to syndicate underwriters — to prevent the spread of the coronavirus.

Broome says it’s unclear how much the closure, and more generally, the virus, caused an uptick in sales for Whitespace, but that he expects the upward trend to continue.

“We’ve seen quite an uptick in sales, and as we move into the 1 April renewal period, we are expecting to see another uptick.

“But it’s hard for us to know what that will mean, because we only went live in August 2019 and we’ve been seeing an uptick month-on-month anyway.”

Broome also says it’s tough to know whether the pandemic will result in increased sales outside of Lloyd’s, as the disruption to companies caused by the move to working from home could just as well lead them to rely on traditional means of transacting business, like emailing PDF files back and forth.

Whitespace to come head to head with Lloyd’s own electronic risk placing platform?

As well as competing with other marketplace platforms, Whitespace vies for business against Lloyd’s own not-for-profit electronic risk placing system, called PPL.

The marketplace has been pursuing the creation of PPL, created by insurance software provider Ebix, since 2016.

But despite this giving market participants more options not to pick Whitespace, Broome says the competition is a good thing.

“In the past, large parts of the market’s processing have been given to monopoly suppliers, and that hasn’t really delivered the increase in performance people are looking for,” he says.

“I’m very hopeful that the market will evolve, with a number of platforms competing to see just how efficiently they can process business.”

Although there are no official figures on its market share, Broome says PPL has a considerable share of the market, which makes it a key competitor for Whitespace.

“Lloyd’s PPL has a very large share of the market, but we’re making progress against that, and we don’t have a bad relationship with Lloyd’s.

“I’m not lining up for any great battle of the platforms, I see this as normal business,” he adds.