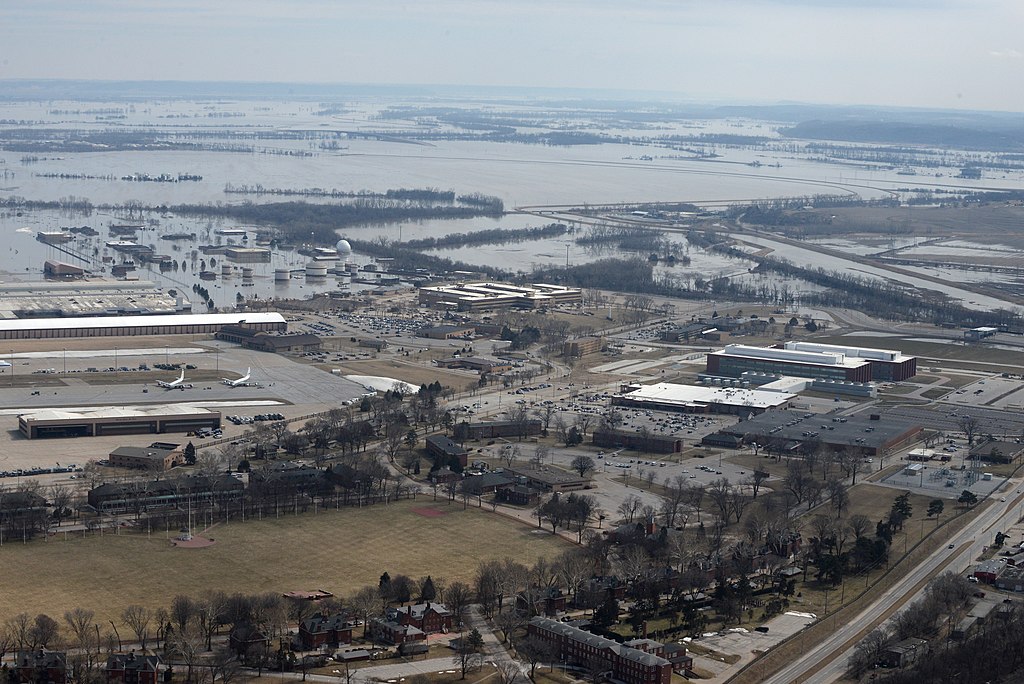 Flooding in Nebraska captured by the US Air Force during March 2019 (Credit: US Air Force /Technical Sergeant Rachelle Blake)

Current modelling techniques used by US government agencies to calculate flood risk rely on inaccurate assumptions about the relationship between depth and damage.

This is according to new research published by scientists from the UK’s University of Bristol, who found a depth-damage curve used universally by the government showed “low skill” in determining the real-life property damage observed in insurance claims.

Instead of using this curve, they advocate the use of a “beta distribution” — a technique used in statistics when the outcome of an event can be highly variable.

Dr Oliver Wing from Bristol’s School of Geographical Sciences, the lead author on the research, said: “This relationship can be represented with a beta distribution, meaning future flood risk analyses can employ a function which properly captures the true stochastic relationship between depth and damage.”

Due to its findings, the team behind the research said the results of projects conducted by US agencies to justify billions of dollars spent on infrastructure investment were “suspect”.

Implications of the US flood risk research

According to the Bristol University research team, it’s common when calculating flood risk — defined in this case as the damage caused by flooding — to rely on a depth-damage relationship that equates the height of flood water to a proportional amount of damage.

They gave the example of water one metre high resulting in a 50% loss to building value — a fictitious scenario — to demonstrate.

The implication of US agencies using depth-damage curves, according to the researchers, is that flood risk assessments undertaken to determine financial outlays needed to mitigate damage “may be significant misestimates”.

They added that decisions to allocate “billions of dollars” in infrastructure investment, where benefits are calculated to have exceeded costs, are “commonly green-lit even if benefits are marginally greater”.

The team believes that the use of beta distribution-based functions can make future flood risk assessments more robust for “a plethora of applications”, including infrastructure investment, insurance pricing, planning decisions.

US flood risk models need to include non-residential buildings

The Bristol researchers used data from “millions of actual flood insurance claims” to measure the accuracy of current US flood risk models, but according to co-author professor Paul Bates, also part of the university’s School of Geographical Sciences, even if assessments include a depth-damage measure based on beta distribution — models need to include data from more than just insured buildings.

He said: “We can integrate these new depth-damage functions into existing flood risk calculation architecture.

“However, the insurance claims data used to generate these do not contain information on vulnerability for non-residential buildings or enough information to incorporate secondary modifiers such as how depth-damage changes given the building is made from wood rather than concrete.

“To generate a complete suite of depth-damage information, we will need to find a way of fusing engineering knowledge with such empirical datasets so that we can compute flood risk accurately for all types of building.”