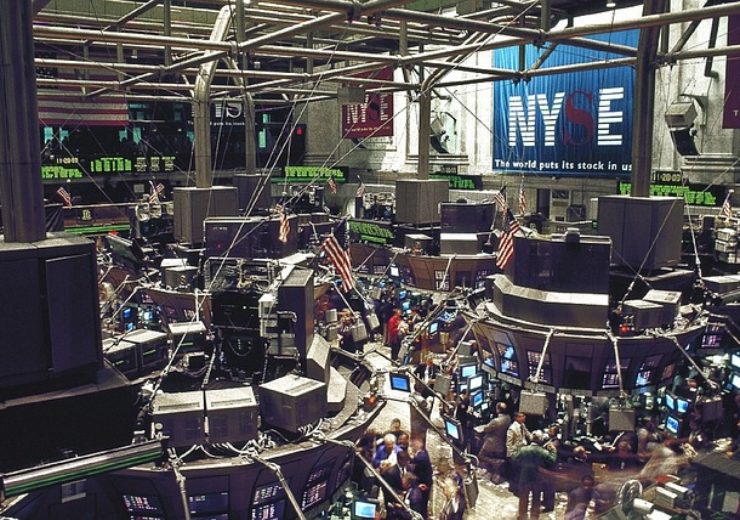 Image: IGI is all set to list on Nasdaq. Photo: Courtesy of skeeze/Pixabay

International General Insurance Holdings and Tiberius Acquisition (“Tiberius”), a publicly traded special purpose acquisition company, announced today that they, and certain related parties, have entered into a definitive business combination agreement which will result in the public listing of IGI. Under the terms of the agreement, IGI and Tiberius will combine under a new holding company to be domiciled in Bermuda, International General Insurance Holdings Limited, Bermuda (“IGI Holdings”), and IGI Holdings is expected to be listed on the Nasdaq Capital Market under the symbol “IGIC”.

IGI is an A (Excellent) AM Best rated international specialist (re)insurer underwriting a worldwide portfolio of energy, property, construction & engineering, ports & terminals, financial institutions, casualty, legal expenses, general aviation, professional indemnity, marine liability, political violence, forestry and reinsurance treaty business through its presence in Bermuda, London, Amman, Dubai, Labuan and Casablanca. IGI was launched in 2001 and has been led since its inception by Wasef Jabsheh. Mr. Jabsheh has over 50 years of experience as a (re)insurance leader in worldwide markets having been instrumental in establishing Abu Dhabi National Insurance Company in 1973, and founding Middle East Insurance Brokers in 1990 and International Marine & General Insurance Co. in 1991 (sold to Houston Casualty Company (HCC) in 1994). IGI has consistently generated a 90% average combined ratio over the past 10 years with prudent, sound underwriting, providing insurance products in more than 200 countries including markets with attractive growth rates.

Wasef Jabsheh, Vice Chairman and CEO of IGI, said: “I am very proud of IGI’s accomplishments over the past 17 years as a client-focused and underwriting-first worldwide specialty (re)insurer with a demonstrable track record of superior results. Entering the public markets as a scaled, publicly-traded, pure-play specialty commercial (re)insurer enhances our ability to continue to prudently grow our business and compound tangible book value by delivering low-volatility returns. I am particularly pleased that I will continue to personally own a meaningful part of this company and oversee the next phase of IGI’s growth as a public company while maintaining the key tenets of the culture that has made IGI successful since inception. IGI will always deliver world class service to our clients while driving long-term total value creation for our shareholders.”

Waleed Jabsheh, President of IGI, said: “As a recognized leader in non-US (re)insurance commercial property casualty markets and one of the preeminent MENA underwriters in the world, IGI has a global platform and infrastructure that provides a service-focused approach for clients and will enable new shareholders to take advantage of current market conditions. This transaction will allow IGI to continue to execute its organic growth plan through expanding capacity and relationships in its core Afro-Asian, European and Latin American markets, maintain high levels of capital adequacy, enhance its credit ratings over time, and facilitate its potential entry into the US excess and surplus (E&S) markets.”

Michael Gray, Chairman & Chief Executive Officer of Tiberius, and Andrew Poole, Chief Investment Officer of Tiberius, said: “The acquisition of IGI is perfectly aligned with our objectives. Since inception, IGI has had an enviable track record of growth in tangible book value per share through high-quality and low-volatility ROE, cycle management, its conservative reserving philosophy and a unique ability to benefit from changes in the property casualty insurance cycle. Recent catastrophic events during 2017 and 2018 along with the low interest rate environment globally are driving rate momentum in the global (re)insurance market. The time for IGI to enhance its capitalization and access to low cost capital to take advantage of these conditions is ideal and we look forward to participating in the company’s future success as significant investors and providing our experienced investment management and public market perspectives to drive further value creation going forward.”

Highlights of the proposed transaction:

IGI is excited to partner with Tiberius and draw upon its highly-experienced management team and Board of Directors comprised of insurance veterans including senior executives, former regulators and investors in order to focus on ensuring an optimized public listing process for the company. With more than $100 million of committed capital, Tiberius has already underscored the value that its structure brings to IGI’s public listing process.

Tiberius believes that its combination with IGI represents an opportunity to invest in a best-in-class insurance company at an attractive valuation and is consistent with the approach and objectives outlined at the time of Tiberius’ initial public offering. The transaction provides Tiberius an opportunity to partner with an exceptional, well-aligned management team which is committed to continue building on its already impressive business. The details of Tiberius’ investment rationale are highlighted below:

The transaction is offered at an attractive entry valuation relative to specialty insurance peers. At the agreed price, IGI is valued at approximately 1.26x book value[1], which is a significant discount to the median price to book value of publicly-listed specialty insurers in the US, UK and Bermuda.

IGI has a 17-year track record of creating shareholder value through superior underwriting, capital management, and conservative investment management, delivering a 361% return for shareholders since inception.

IGI’s market respected and recognized management team is fully-aligned with public investors and has received numerous industry awards. Wasef Jabsheh was recognized as the 2019 Ernst & Young Entrepreneur of the Year for Jordan and IGI was the 2018 Reinsurer of the Year at the MENA Insurance Awards.

Approximately $120 million of accretive capital is being raised to prudently take advantage of the improving (re)insurance rate environment with a continued focus on profitability and capital preservation that has led IGI to deliver a 90% average combined ratio over the last 10 years.

IGI’s business consists of 17 business lines spanning across attractive specialty and niche products in 200 plus countries with a business plan to selectively expand into new specialty lines and markets, including a potential entry into the US E&S markets.

IGI possesses a scalable and highly efficient infrastructure, with cost-efficient back office operations in Amman, Jordan.

IGI has a strong balance sheet with no financial leverage, intangible assets representing only 1% of book value, a conservative investment portfolio, robust solvency ratios and liabilities supported by a rigorous reserving process.

There is an opportunity for investment portfolio optimization as IGI selectively shifts from cash into an overall balanced portfolio consisting of highly-rated fixed income securities in line with its peers, potentially improving its investment yield by ~40-70bps.

IGI has delivered low volatility returns with an unlevered ROE of approximately 9% through multiple market cycles.

Details of the transaction:

Under the terms of the definitive business combination agreement, the transaction reflects an approximately $550 million public market capitalization (assuming no trust account redemptions by Tiberius public stockholders). The acquisition will be funded through a combination of cash in Tiberius’s trust account, forward purchase commitments, and proceeds from a common stock private placement led by premier institutional investors. The transaction’s minimum monetary threshold ($100 million) is fully committed from existing forward purchase commitments and current Tiberius investors who have waived their right to redeem alongside a significant backstop from Tiberius’s sponsor and new PIPE investors purchasing stock at $10.20 per share. In addition, Tiberius has entered into an agreement to repurchase 3 million of its warrants for $0.75 per warrant.

Upon the closing of the proposed transaction, it is expected that IGI’s senior management will continue to serve in their current roles and execute long-term employment contracts. Wasef Jabsheh will own approximately 24% of the company post-transaction. Michael Gray, CEO and Chairman of Tiberius, and Andrew Poole, Chief Investment Officer of Tiberius, will serve as board members of the combined company.

For additional information on the proposed transaction, please see Tiberius’s Current Report on Form 8-K relating to the transaction, which will be filed promptly and can be obtained at the website of the US Securities and Exchange Commission (“SEC”) at www.sec.gov.

IGI’s IFRS book value was $316 million as of June 30, 2019. This transaction is expected to close in Q1 2020 and add approximately $120 million of equity to IGI’s balance sheet after giving effect to transaction expenses.

IGI intends to maintain its historical 40% payout ratio post-closing of the business combination.