SIACI SAINT HONORE, one of the leading providers of insurance brokerage and consulting services with its headquarters in France, and CAMBIASO RISSO, an Italian worldwide leading broker for marine insurance, announce that they have signed a strategic partnership to foster a strong positioning in their markets. 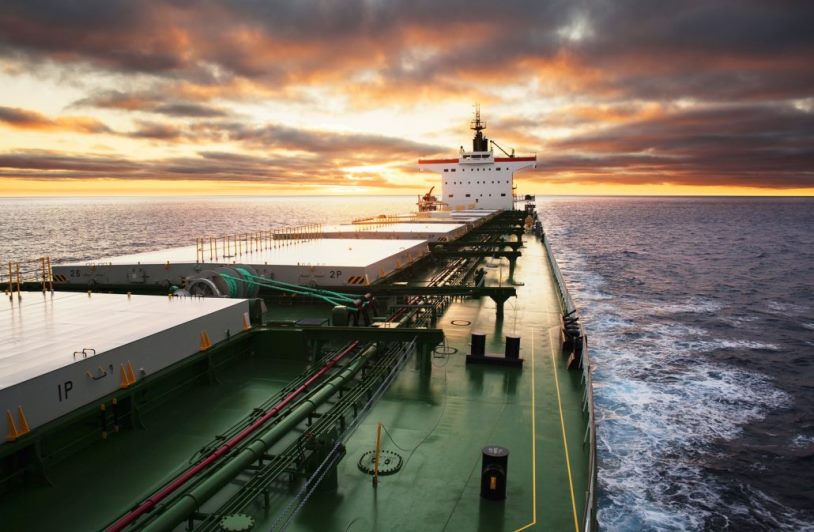 The deal will be subject to approval by the competition authorities in some of the 42 countries in which the two companies are active and will come into effect in the second quarter. It will give birth to the world’s top three marine insurance broker in the world, and second in Europe.

President Marco Risso and Chief Executive Officer Mauro Iguera will keep their respective positions within Cambiaso Risso,  and will take major responsibilities in the international development of marine business worldwide of the SIACI SAINT HONORE Group.

The continuity of Cambiaso Risso brand and the company operational autonomy have been confirmed. SIACI SAINT HONORE will rely on the Genoa based company, present also in Trieste and Naples, to lead its development on the Italian market.

The complementarity between the two groups is very strong in the marine area, between the unchallenged leadership of Cambiaso Risso in the Hull and Machinery area, and the strong stake in Cargo of SIACI SAINT HONORE, which added CAP MARINE in 2016 to its rich marine offer. CAP MARINE specialised entity could also bring its P&I expertise to strengthen the provided services.  The combination, which will regroup 285 employees in insurance brokerage manages more than € 550 million of premium, will also benefit from the presence of Cambiaso Risso in the Lloyds market through the joint venture CR MAG built with MAG JLT, in which Cambiaso Risso has now taken 100% of the shareholding. The new joint business will bill more than 55 m€ commissions.

For Cambiaso Risso, the choice of SIACI SAINT HONORE is the result of a process started about two years ago which involved a significant number of offers from insurance and financial fields.

With its need for extreme flexibility, maritime insurance brokerage sector has traditionally been operated by small and medium-sized companies characterized by strong loyalty to shipping companies. Given the globalization of markets, Cambiaso Risso objective is now to continue providing the shipping sector with high quality services through a niche offering but with the clear target to expand their penetration to a wider geographical area.

In order to consolidate at a global level, partnership with SIACI SAINT HONORE has been identified as the most suitable to ensure Cambiaso Risso necessary strategic and financial support without getting into the difficult issue of integration of respective networks, as in this case the development will be based mostly on the existing Cambiaso Risso offices across the world, while relying on the international presence of SIACI SAINT HONORE to complete this map.

“The expertise of our Italian staff is recognized as being at the highest level and our home market remains very competitive”, President Marco Risso emphasizes. “In recent years, major investments have been made in the company, from IT to management control. Governance rules adopted during our previous partnership with a multinational Group are still applied and they will facilitate the integration with SIACI SAINT HONORE which has a leading position in the domestic market and a strong propensity for international development.”

”Expanding our geographical coverage to Italy and the other countries where Cambiaso Risso is present, while benefiting from the outstanding experience of Marco Risso, Mauro Iguera and their teams is invaluable”, the President Pierre Donnersberg of SIACI SAINT HONORE comments. “This is our most important strategic operation for a long time, and the real start of the new era of independence opened on last November 8 when we’ve changed our shareholding and management took control of the Group”.

SIACI SAINT HONORE operation has long-term goals. The considerable size of French global company will make it possible for the already solid Cambiaso Risso to grow stronger first through new hires at its Genoa headquarters and then through expansion into markets with strong growth aiming at the further internationalization of the Group. Since 2008, when partners bought the company’s marine branch, Cambiaso Risso has returned to its historical vocation by undertaking a policy of expansion which brought to the opening of fifteen offices other than Genoa, including those in Singapore, London, and Bergen (Norway), which have allowed the acquisition of clients in new markets and the placement of business in the most prestigious insurance markets.

“Cambiaso Risso reputation has been built over the years by people who are absolutely trustworthy and on an efficient network that has always been close to the needs of our customers”, says CEO Mauro Iguera. “We will go on operating without geographical limits, with the certainty that even on a larger scale, we will continue to be the most efficient in settling claims”

“We believe that we are going to develop a seamless business both in Marine and non-Marine business, and speed up considerably our development in Europe, exactly at the time when the market is going through recomposition”, declares Hervé Houdard, SIACI SAINT HONORE’s Vice-Chairman and Managing Director. “We have been working on this process for about one year, because it is so key to the implementation of our international strategy. It is definitely the beginning of something big”.

The agreement between Cambiaso Risso and SIACI SAINT HONORE represents something of a first in the world of insurance brokerage sector, wherein several acquisitions have occurred over the last ten years, but no strategic partnership has been established that ensures managers the autonomy and independence needed, while providing the potential synergies within and outside the Marine field. Cambiaso Risso could already boast that it is a unique operation, with the repurchase of its marine branch.

The new Cambiaso Risso will be able to count on significant investments aimed at overcoming its current geographical limits in collaboration with the French group’s mergers and acquisitions unit.

Cambiaso Risso Shipping Agency, with its network of offices in Genoa, Trieste, Civitavecchia, Sicily, Monaco, Singapore and Shanghai will also be part of the operation, thus continuing Cambiaso Risso long tradition of offering multiple maritime services to its customers.