Swiss Re completes sale of ReAssure to Phoenix Group for £1.2bn

Swiss Re said that the proceeds received from the sale have fortified its capital position, as the insurer had incurred nearly £1.96bn in the first half of this year 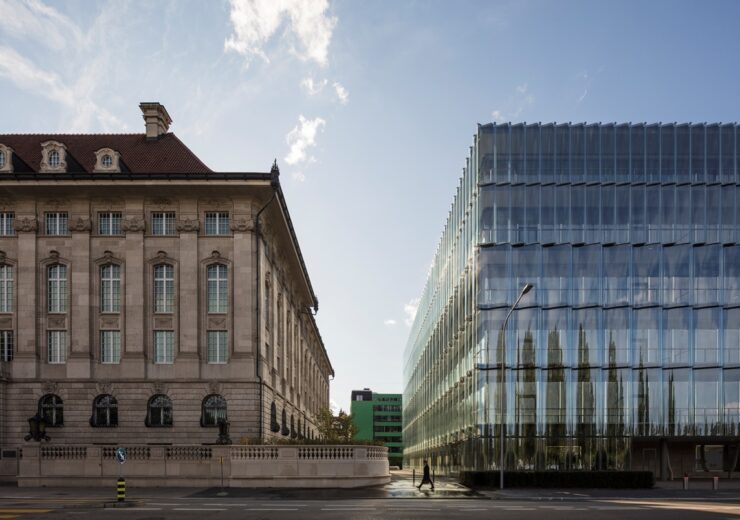 Swiss Re Next building in Zurich, Switzerland. (Credit: Leonardo Finotti/Swiss Re)

Switzerland-based insurance giant Swiss Re has completed the sale of its ReAssure Group to Phoenix Group after securing all the required regulatory and antitrust approvals.

Founded in 1963, ReAssure is a life and pensions firm buying and administering closed books of business from other companies. The company has nearly 2.2 million policies in its books and manages nearly £39bn in investments from customers.

As part of the transaction, Swiss Re received a cash payment of £1.2bn and 13.3% stake in Phoenix.  Swiss Re principal investments and acquisitions head Christopher Minter will join the board of Phoenix.

As per Swiss Re, the sale has strengthened its capital position, which is claimed to have been strong despite the claims and reserves related to Covid-19 crisis amounting to $2.5bn (£1.96bn) before tax was recorded in the first half of this year.

Swiss Re group chief financial officer John Dacey said: “Our capital position remains industry-leading. The underlying performance of all our businesses is strong, and they continue to deliver on their strategic objectives, such as the completion of the ReAssure sale.

“Our teams have conducted a thorough and prudent analysis of all potential exposures related to Covid-19.

“Based on our current information and related assessments, and noting the unusually high level of uncertainty related to these insured losses, we expect the claims and reserves we have booked the first half of 2020 to cover the majority of our ultimate Covid-19 losses.“

The deal announced last year was worth £3.2bn

In December last year, Swiss Re had agreed to sell ReAssure to Phoenix Group under a cash-cum-stock deal worth £3.2bn.

Swiss Re agreed to reacquire a 25% stake held in ReAssure by MS&AD Insurance Group for £1bn worth of shares in Phoenix during the signing of the deal.

Together, Swiss Re and MS&AD will own nearly 28% stake in Phoenix. After the deal is closed, Standard Life Aberdeen, which was the largest shareholder in the company, will now own nearly 14.5%.

Phoenix Group CEO Andy Briggs said: “I am delighted to confirm completion of the acquisition of ReAssure and would like to extend a warm welcome to our new colleagues joining Phoenix.

“The transaction marks another significant milestone on Phoenix’s growth journey further strengthening the Group’s key attributes of cash, resilience and growth and establishing the Group as the UK’s largest long-term savings and retirement business.”