Insurtech disruption is a common theme in the insurance industry right now, but travel insurance is yet to be shaken up by new players - Pluto hopes to do just that 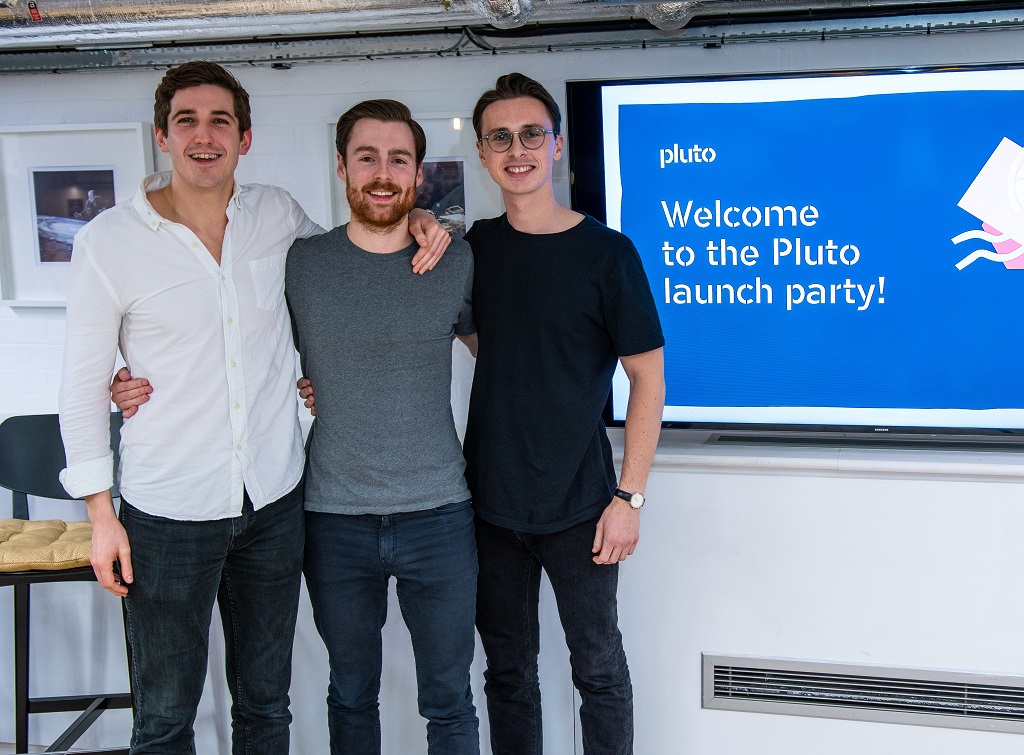 Pluto is a start-up insurtech in the travel insurance space operating under the motto of “travel insurance for people who don’t like insurance”. The company’s CEO Alex Rainey tells Peter Littlejohns about where the desire to disrupt this market came.

The list of reasons people don’t like insurance is long and distinguished, but many of them are voiced by a younger generation, otherwise known as millennials.

Those who protest the industry do so for reasons like complex policy wordings, frustrating claims processes and a general feeling that a product made to protect a person, or their assets, is sold by companies that aren’t really on their side.

Pluto was born out of a desire to tackle this perception and bring this generation into the fold of the insured, at least when it comes to the risk of travelling.

Co-founder and CEO Alex Rainey says: “Millennials are travelling more and more every year and they value experiences above and beyond anything else – that’s a key area they want to put their money.

“Travelling is an important part of that, but most don’t buy travel insurance, and those that do are hugely unsatisfied with what they get from their insurers.

“We spoke to hundreds of consumers and found that there are three key things preventing young people from buying or being satisfied – complexity, understanding of risk, and trust.

“Trust is the most important one because the fundamentals of the insurance business model are designed around not giving people the very thing that they paid for.”

How did Pluto start?

After graduating from university, Alex started what would be a seven-year career with global management consultant Accenture, holding positions in its digital practice that led to him managing teams that helped corporate clients digitise their services.

It was in this role he met co-founders and fellow former Accenture employees James Birch and Harry Williams.

Harry and James left the business to join rival consultancies fairly soon after, but the three remained friends, and a shared ambition for entrepreneurialism and travelling brought them back together to form Pluto.

“James is the one that actually brought us together about two-and-a-bit years ago, because he could see we were all talking and thinking about the same sort of stuff, and felt we’d be a good match for each other – which we were when we started to get together,” Alex says.

Inspired by the success of fintech disruptors like Monzo and Revolut and their use of technology and product design to disrupt the archaic banking industry, the trio looked to the equally traditional insurance industry as an opportunity to emulate that success.

Alex says: “We actually launched a previous product before Pluto, called Meet Mia, that allowed people to manage all of their insurance policies on Facebook messenger.

“We learned very quickly that we didn’t have enough of a controlling position on the things that mattered most – like the buying of policies and the claims process.”

Meet Mia was ultimately let down by the fact that its target market, millennials, didn’t have much insurance in the first place – so the three put their heads together again and targeted the travel insurance market for their next project.

“We’re all massively passionate about travel and visiting new countries as often as we can – but we’ve also had our fair share of things that have gone wrong,” Alex says.

“These include sleeping at JFK airport, having our phones stolen, losing our bags, breaking legs, and everything in between.

“Having felt the experience that comes after something goes wrong, we feel like insurers aren’t with you, but against you.

“You buy your insurance and that’s the end of the relationship, there’s just an email sitting in your inbox that’s not really doing anything.

“We thought it could be so much better for people who love to travel, so we started Pluto.”

But the process in between involved partnering with Swiss multi-insurance giant Zurich, which underwrites its policies, as well as becoming regulated by the Financial Conduct Authority through its Sandbox programme – both of which it achieved in roughly six months.

How does Pluto improve travel insurance?

Pluto’s first product launched in December 2018 and has been bought by more than 500 customers that rely on the support of the firm’s limited employee base, which includes “three or four full-time employees and another seven or eight freelancers and contractors”, says Alex.

This means that the responsibility for customer service often falls on the founders themselves.

The start-up’s mobile-first website allows policy seekers to pick from two options for travel cover, a standardised “quick quote” based on a few questions, or a more extensive tailoring process for those who wish to tweak their policy limits in some areas or add optional extras.

“We make it really easy for customers to build their own policy by removing all of the jargon and putting our questions in terms that are simple to understand,” says Alex.

“We then allow people to manage their policy on their phone and if they do have to make a claim, this can be done in under ten minutes, completely online.”

Pluto’s approach to insurance caught the eye of one of the trio’s inspirations, Monzo, which resulted in a pilot to distribute the start-up’s cover through the challenger bank’s app.

It follows the likes of Revolut in offering travel insurance as an extra service to customers within the banking app.

Pluto also has a partnership with Lucky Trip, a travel provider aimed at millennials, to expand its reach to the demographic.

Alex says: “We knew Monzo were looking at travel insurance and how it could wrap in to their own product, so we approached them, but we were also speaking to other challenger banks as well.

“For us, aside from the direct to customer channel, partnerships have to be a key part of our business, because we can acquire customers much more quickly and easily.

“When it comes to travel and finance brands that millennials are already engaging with, and already love and trust, we think we can offer travel insurance to those customers through that partner in a way that makes sense for both businesses.”

What’s next for Pluto?

As well as looking to “ramp up” efforts to integrate its insurance proposition with third party companies, Alex says Pluto plans to release several initiatives he believes will help differentiate it in the travel insurance market.

“We’re starting to make a little bit of a dent in this space, but we know it’s going to take time,” he adds.

“It’s where we want to take the business that’s most exciting for us – we want to reframe it so it’s not just about travel insurance but something much bigger than that.”

One way the start-up hopes to achieve this is by integrating a telemedicine service into their proposition, so insurance customers can access a UK GP over the phone for no extra cost.

Alex says: “We’ll be able to connect customers to this service wherever they are in the world, 24/7, so they don’t have to go to a local clinic when they have a stomach bug, but can speak to a UK doctor, who can solve 80% of issues over the phone.” 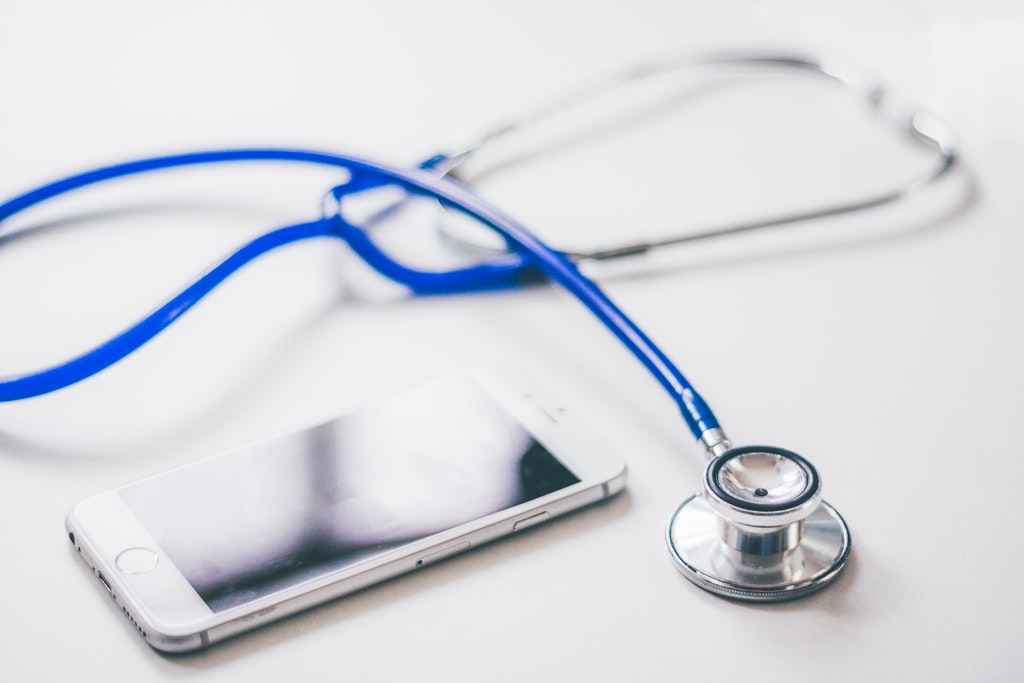 Another initiative is the introduction of a form of parametric insurance – a type of policy with an instantly verifiable trigger – related to flight delay.

“If you register your flight with us and it’s delayed for two hours, for example, we’ll put £30 straight into your bank account just to take the edge off of that nasty experience of sitting around in the airport with nothing to do,” says Alex.

“Those kind of services, for us will help to build on travel insurance as the core foundation until it’s almost unrecognisable and people see it as working for them, being preventative and where it does have to be reactive, making it almost instantaneous.”

Pluto will be launching a crowdfunding effort in September to help it introduce these additional features, as well as releasing an app to improve the customer experience.

Alex adds: “We’re also intimately talking to our customers to understand what works with our product and what doesn’t, along with what they want to see next – that’s much more important to us right now than just growing for the sake of growing.”