Pineapple lets users insure anything without a motor or a heartbeat through its app, which could be making its way to US consumers in the near future 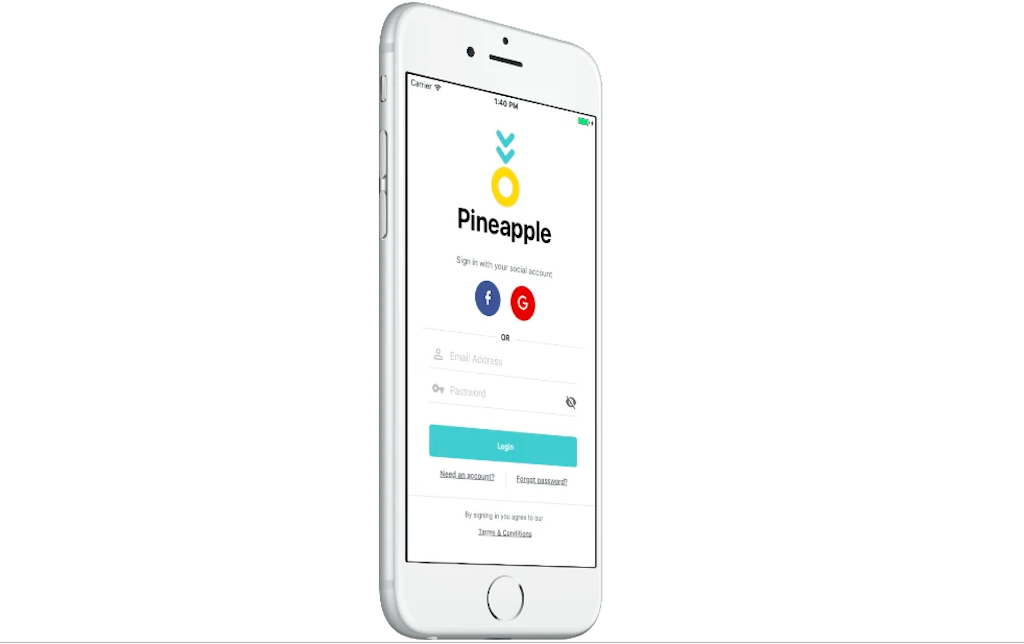 South Africa-based Pineapple claims to be an insurance company with a difference, enabling customers to pick and choose items they want to cover immediately through its app. Peter Littlejohns finds out how the insurtech start-up’s platform works from CEO Matthew Elan Smith

For many consumers, insurance is a grudge purchase, a precaution that drains pay cheques every month just in case catastrophe occurs.

This is an idea that South African disruptor Pineapple wants to change using artificial intelligence and a new business model.

The start-up was incubated in the offices of German re-insurance giant Hannover RE as part of a competition it launched to seek out new ideas to shape the future of the industry.

Fast forward to today and Pineapple CEO Matthew Elan Smith is still striving to achieve that goal with the app-driven insurance product.

“We allow people to insure anything that doesn’t have a motor and doesn’t have a heartbeat – so your laptop, cell phone, bicycle, camera or sports equipment for instance,” he says.

“Drones are the only exception to the motor rule.

“We allow users to insure items like these on a per-item basis, so you don’t need to insure all your possessions – you can just pick and choose what you want to cover.

“You snap a picture of it and we use AI to detect what’s in the picture, and you get cover in seconds.”

Pineapple’s approach to insurance could be timely, as a 2018 survey of 3,023 American consumers aged 18 and over conducted by US multi-insurer Liberty Mutual revealed that millennials may care more about high-value personal items, especially technology, than other general possessions.

The survey found that 29% of millennials surveyed had a specialist insurance policy for their personal gadgets, while 51% of these same respondents didn’t have renter’s insurance.

Pineapple aims to capitalise on this trend by allowing its users to pick and choose the items they insure, as well as making insurance a rewarding experience for them.

“Through Pineapple we’ve been able to build a new user experience, journey and product to really target a younger audience and get millennials buying insurance,” says Matthew.

Insurance is seen as a grudge purchase

With its charmingly simple logo and name, it would be easy to assume Pineapple took a page out of Apple’s book of branding but, according to Matthew, the firm sees the fruit as a metaphor for the kind of insurance it strives to provide.

“What most people don’t know about a pineapple is that it’s not actually a single fruit, but each of those little knobs on it is an individual berry – and they all form the structure to protect one another so they can make it to the ground safely,” he says.

“That’s essentially a metaphor for the way we see insurance, a positive force and quite a beautiful arrangement where a community of people come together to help protect one another.”

Despite this being the view of Pineapple, Matthew feels the perception from consumers is radically different.

He says: “There’s a gap between the way people perceive insurance, as a very negative purchase accompanied with a lot of resentment, versus what’s actually going on in the background, which is closer to our own perception.

“One of our goals is to solve this gap and reintroduce that social element into insurance, and change the business model in a way that allows the incentives we offer to reduce that negative feeling.”

The now famous insurtech unicorn Lemonade follows a similar approach in its own business model, claiming it makes insurance a social good by allowing customers to distribute any leftover premium among non-profits and charities they choose.

Pineapple takes a slightly different approach by emphasising transparency in the insurance process when claims are paid out, as well as rewarding customers in cash.

Matthew says: “When you pay your premiums into Pineapple, those premiums go into your own Pineapple wallet, and we show exactly how your premiums are helping other people in the community.

“As soon as a claim comes through, you see how much you’ve contributed towards that claim, as well as the fixed fees that we take, and at the end of the year, whatever is left over, you can withdraw in cash.

“We also allow our members to start creating their own network of friends and family within the larger community to give more control over who their premiums help.”

Despite a movement within the insurance industry worldwide to use technology to increase efficiency and business benefit, insurtechs seeking to change the insurance business model completely have a hard time convincing incumbents in the market to back them.

Matthew admits getting an insurer on board was one of the biggest hurdles in his mission to bring Pineapple to market as a disruptor.

“The difficulty in the conversations that we have with carriers is that, as part of the Pineapple model, we ask them to cap the amount of profit they can make on a policy to a level we believe is fair, and that enables us to reward whatever is left to the user,” he says.

“That’s always a difficult conversation, but there’s a big drive in the industry for carriers to innovate and capture new target markets, like millennials, so that works in our favour.

“Carriers are used to their traditional high profit margins, but they do also recognise the opportunity in innovation and doing things a little bit differently.”

Pineapple is currently active across South Africa, where it first brought the app-based insurance to market, but also has lofty ambitions to move into the US market in the near future.

This is reflected by the spread of its workforce, with its ten-strong team split between the two countries.

Matthew says: “We’re in the US exploring market opportunities – I’m currently based in in Connecticut, where we’re part of an accelerator programme here called the Hartford Insurtech Hub, run by Startupbootcamp.

“Our goal is to partner up with a carrier from the US and we’re currently in late-stage discussions with carriers about partnering to roll out Pineapple here.”

A second plan for the future of Pineapple is to move into South Africa’s auto-insurance market and, although Matthew says the start-up won’t be jumping on the telematics bandwagon, it will apply the same social-first business model.

“We’re looking to launch our auto-insurance in South Africa before the end of this year,” he says.

“We’re not going down the telematics route, but the product will follow the Pineapple business model – so your premiums go into your wallet and you also have the ability to curate how they’re used by building a personal network.”