Nephila to transition to own managing agency at Lloyd’s

The Lloyd's Board (previously called the Franchise Board) has given in principle approval to Nephila Capital's plan to form its own managing agency, subject to regulatory authorization. 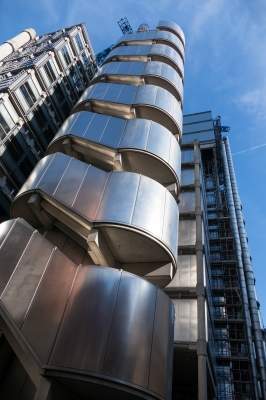 Nephila is the largest institutional asset manager of vehicles dedicated to investing in natural catastrophe and weather risk. Nephila’s Syndicate 2357, which is backed by funds managed by Nephila, has been managed by Asta, the leading third party syndicate manager at Lloyd’s, since its inception in 2013.

Nephila Syndicate Management Ltd (NSM) will submit an application to the PRA/FCA now that Lloyd’s has given approval to proceed with the project. NSM expects to assume the management of Syndicate 2357 in the middle of next year on receipt of formal authorization.

Gina will also succeed Adam Beatty as Active Underwriter of the Syndicate effective January 1st, 2019. Irfan Haq will join in October as Director of Finance and Operations. Irfan joins from Occam Underwriting where he was CFO and has previous senior Lloyd’s market finance experience from his seven years at CNA Hardy.

Charity Bare joined in May to assume the role of Director of Risk and Compliance.  Charity was previously Head of Risk at Talbot Underwriting and worked in a risk management role at Brit Insurance prior to that. Sam Drysdale joins in September as Head of Claims.

Sam recently held the same role at Fidelis and worked in claims at Renaissance Re Syndicate Management before that. Salil Parkash will transfer from Nephila’s technology team to take on the role of Head of IT for NSM. Sal joined the company in August 2015 and previously worked at Commerzbank.

Adam Beatty said: “We are excited about this new phase in the development of Nephila’s business at Lloyd’s. Over the last five years the Syndicate has grown into a significant underwriting platform for Nephila’s funds. We are particularly delighted with the quality of the team we have been able to attract to Nephila to manage the new agency and all of us at Nephila look forward to working with them.”

Nephila Capital co-founder and co-CEO Frank Majors said: “We consider our Lloyd’s business an important strategic initiative for Nephila. We have been fortunate to work with Asta these last five years and benefitted enormously from their expertise and experience. We are now focused on supporting Adam’s efforts to create further opportunities for Nephila in this key market.”