Several US states brace for the impact of natural disasters each year that cause billions of dollars in damage, some of which is insured 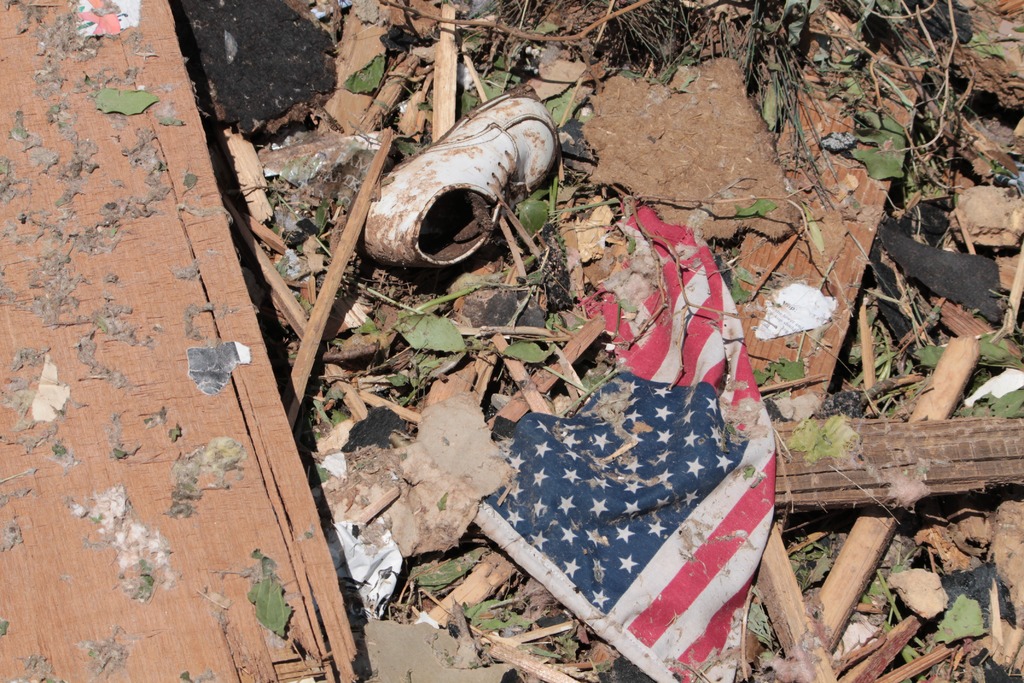 The US experiences some of the highest insured losses from natural disasters on the planet (Credit: PxHere)

The US Federal Emergency Management Agency, better known as FEMA, plays a crucial role in helping survivors get back on their feet after natural disasters —but the government agency also keeps track of  the storms, floods and wildfires that pose an ever-present threat across the country. Peter Littlejohns takes a look at the states with the highest number of natural disaster events between 2000 and 2017.

The year 2017 brought wildfires to the state of California that caused the highest level of property destruction experienced in the region, with nearly 10,000 structures completely decimated (810 were damaged but not totally destroyed).

With wildfires an annual risk, it’s no surprise California features high-up on a ranking of states based on numbers of natural disaster events.

But, despite the fires causing an estimated $12bn in insured losses, the Golden State comes second to Texas in disaster volume.

High-cost disasters witnessed in states such as these somewhat overshadowed those of other states — but many regions of the US are under constant risk of costly events.

The top six US states ranked by number of natural disasters

The Lone Star State is known to suffer from wildfires, just like California, but flooding, tornadoes, hurricanes, hail storms, sinkholes and erosion are also threats.

It’s top of this list because a combination of the above resulted in a total of 172 natural disasters hitting the region between 2000 and 2017.

Among these events was Hurricane Harvey, which tied with 2005’s Hurricane Katrina as the most costly natural disaster in US history, with both causing an estimated $125bn in damage.

According to global credit ratings agency Moody’s, an estimated $30bn of losses caused by Harvey were insured.

Next on the list is California, and while tech giants of Silicon Valley are largely insulated from danger — other than an earthquake threat that hasn’t seriously materialised since 1989 — rural regions of the state are often braced for the peril of deadly wildfires.

FEMA’s data shows that California experienced 122 natural disasters between 2000 and 2017, but several others occurred in the subsequent two years.

The year 2018 brought the highest insured losses of any wildfire event in California, estimated at more than $12bn by the state’s Department of Insurance.

Figures almost hit the same amount for 2017’s fires, and although the losses for 2019’s wildfire season are still being calculated, they’re expected to be lower than the past two years.

Wildfires aren’t the only risk facing California’s residents, with flooding a consistent threat brought by storms, as well as mudslides that often result from the floods.

One mudslide in Montecito caused $421m in insured losses and killed 23 people.

Farmers are one of the most at-risk groups in the state of Oklahoma when it comes to natural disasters, with droughts a looming threat to their livelihood.

During a particularly bad period of drought between 2011 and 2012, total economic losses reached $2bn — most of which were insured through a government subsidy scheme.

This total was exceeded in 2013 by a tornado that resulted in estimates between $2bn and $5bn in insured losses.

According to FEMA data, Oklahoma experienced 122 natural disasters between 2000 and 2017.

There have been many more natural disasters since 2017, with tornadoes alone adding an extra 41 events to the total.

Nicknamed the sunshine state, Florida is among the top four states for heat, but its residents also face a raft of natural disaster risks, not least of which is the frequent occurrence of storms.

The state is one of the closest in the country to sea level, meaning flooding is a constant risk that can be elevated by tropical storms or heavy rainfall.

One such storm was Hurricane Irma, which destroyed 25% of the buildings in the Florida Keys region while significantly damaging another 65%.

According to the Florida Office of Insurance Regulation, the insured losses recorded due to this event reached almost $10bn.

The state ranks fourth by total volume of natural disaster events between 2000 and 2017, experiencing 66 in the time frame.

Number five in the list is a tie between the states of Washington and New Mexico, both of which experienced 61 natural disasters between 2000 and 2017.

Among the most costly of these was a 2001 earthquake in the Washington city of Seattle, which caused $2bn in losses — roughly half of which were insured.

New Mexico hasn’t experienced any big-ticket losses since the start of the millennium, but it does suffer an average of 600 wildfires a year, according to local news organisation KRQE, as well as being prone to flooding.

In one flood in 2006, Hatch Valley, known for growing chili peppers was deluged and received $1.9 million in insurance payouts from FEMA — the figure of insured losses from private companies is unknown.