The IoT has already been changing the way motor insurance is bought, sold and processed since the early 2000s, but home insurance companies are realising the claim-reducing potential of the technology - and it's resulting in cheaper premiums for customers 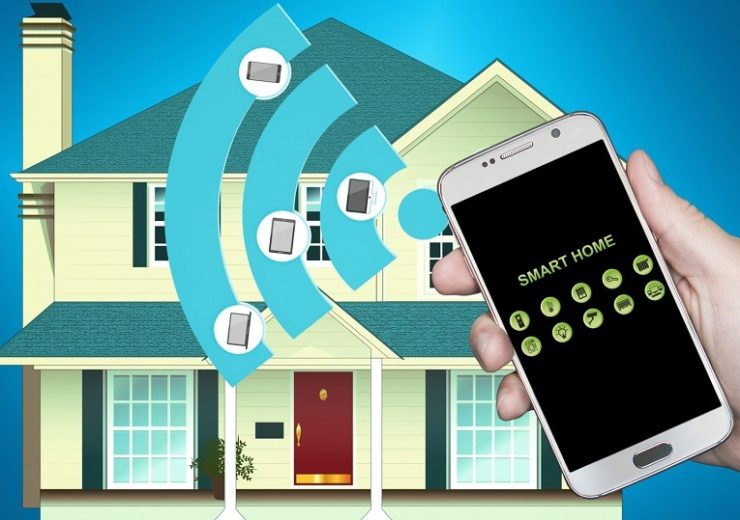 From doorbells that let you see who’s knocking to a platform that lets homeowners help out their neighbours, Internet of Things (IoT) devices address several areas of risk – but using them can save policyholders money on their home insurance too.

The IoT has already made a huge impact on the world of motor insurance, with black boxes allowing for cheaper premiums since the early 2000s.

But home insurance companies have realised the value of IoT for preventing claims, and customers can take advantage of partnerships between insurers and device makers to get a cheaper policy.

Insurance is a natural market for firms producing smart home devices because providers are always on the lookout for technology that reduces the number of expensive claims denting their bottom lines.

Here are six ways the IoT is reducing risk inside the homes of customers and saving them money on their insurance.

New-York based tech start-up Canary initially relied on crowdfunding to launch its first product, but now sits at $66.2m (£50.6m) in investment and works with several insurance companies.

It also has motion, vibration and sound sensors, as well as monitors for temperature and air quality that combine to keep homes more secure when they’re empty.

If an intruder enters the home, the device will alert its owner via a connected app, giving them the option to notify the local authorities.

Canary works with US insurers StateFarm and Allstate, both of which offer discounted home insurance for homeowners using the device.

As a direct competitor to Canary in the UK, Cocoon offers similar functionality, but with the added bonus of built-in AI.

Its device detects infrasound vibrations – small changes in frequency that humans can’t hear – to establish movement within a user’s home.

The device then executes a machine learning process to compare frequencies recorded when the home is empty and alerts all users via an app if unusual activity is detected.

Unlike Canary’s devices, Cocoon doesn’t require a subscription and instead works straight out the box, but it also doesn’t come with the ability to notify local emergency services directly from the app.

Both devices allow users to sound a 90 decibel alarm, which lifestyle and tech magazine T3 referred to as “pant soiling” to scare off home invaders.

Cocoon has a partnership with home insurance broker PolicyCastle, which allows its customers to gain a home insurance discount if they use the device.

California-based tech firm Ring hit the headlines back in March 2018 when it was bought by Amazon.

The firm’s flagship product, a video doorbell, connects to a smartphone app to display an HD video feed of whoever is at the door of a user’s home.

The device also includes a speaker that allows those viewing the feed on their smartphone to speak directly to the visitor, feigning the appearance of an occupied house even when nobody is in.

The company was so confident in the ability of its product to ward off unsavoury visitors that it released a scheme to compensate insured homeowners for their insurance excess – up to the value of $10,000 (£7,700) – if they make a robbery claim.

A partnership with US general insurer American Family Insurance launched in 2015 also provides home insurance customers with a $30 (£23) discount on the device.

As well as acquiring Ring’s doorbell technology, Amazon made its move into the home security market with “smart home kits”.

These are designed to protect homeowners against leaks and theft, two of the most common causes of insurance claims.

The tech giant teamed up with US personal and commercial insurer Travelers to target its customers with the devices.

As well as policyholders gaining a discount of between 10% and 20% on Amazon’s choice of three smart home kit bundles, those that do purchase one gain a “protective device discount” on their policy.

In addition to these benefits, they also receive a free Amazon Echo Dot device.

Despite the ability to save on insurance, insurance advice portal Value Penguin says customers should only take advantage of this offer if they are going to buy a Travelers policy anyway, as the firm’s estimates revealed an average of only $30 (£23) in savings on a standard insurance policy for customers.

The device attaches to the front door of a user’s home and controls the deadbolt mechanism that secures most locks.

Through a connection to the home’s WiFi, August’s smart lock can sense the smartphone of a resident and automatically unlock the door on their approach – and then automatically locking it when they leave.

It also integrates with an app that tracks the activity registered by the device, including details on who locks and unlocks the door, and the door’s current locking status.

August allows homeowners to save money on their policy through “protective devices discounts” offered by global insurer Liberty Mutual Insurance, as well as several other US firms.

An initiative between Dutch insurance firm Achmea and market intelligence company Accenture, Homies is a platform that connects neighbours to each other through messaging applications.

By being connected, both firms hope that neighbours will alert each other and better react to incidents of fire or burglary, assisting each other too.

The two companies are aiming at under-served markets like low-income households and social housing corporations to reduce the amount of claims made against their insurance policies.

While Homies doesn’t offer a formal discount on home insurance policies, its goal is to reduce the burden of insurance on low-income households and social housing groups by cutting down on these claims.