The Internet of Things and big data: The key trends that could shape the future of insurance

Bosses from data and analytics firm LexisNexis Risk Solutions tell Peter Littlejohns what they believe the future trends will be as the industry increasingly adopts IoT and big data in its processes. A Compelo Insurance long read 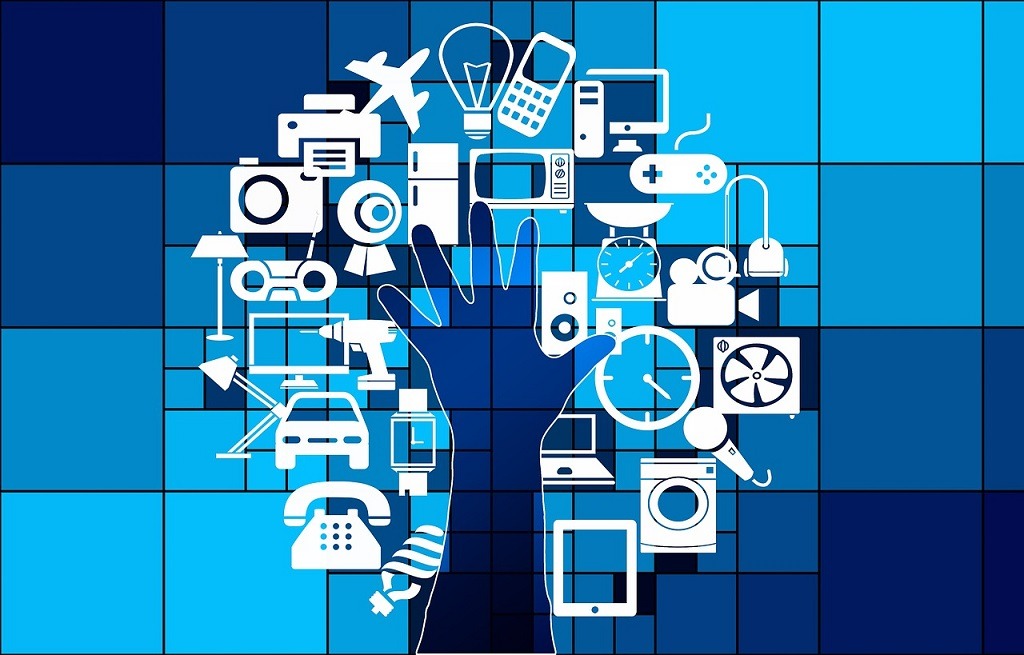 From leak-detecting robots to “super dash cams” in cars, the Internet of Things (IoT) and big data is growing ever more popular within the insurance industry.

Companies are increasingly giving policyholders devices to collect data that helps them better understand the risk for individuals and different customer segments.

Global research and advisory firm Gartner predicts the number of IoT devices in use will hit 14.2 billion in 2019, and grow to 25 billion by 2021.

Data aggregation and analytics firm LexisNexis Risk Solutions believes this creates a growing opportunity for insurance companies to take advantage of smart technology  and the data that can be collected.

“There are opportunities for cross marketing, reassessing risk profiles, constant engagement with customers and the ability to segment them,” says the company’s insurance department CEO Bill Madison.

“In the near future, we expect to see much more IoT adoption within insurance and a clearer direction on how it can be used – the next step will be the wider use of connected cars, with every vehicle a device collecting data on individuals.”

The firm claims that a vital step in using IoT is a strategy to create value from the data collected, which is where data analytics companies come into the equation.

“The challenge is the complexity of normalising all of that data into something that can be consumed and used to make important decisions.”

Internet of Things and big data in car insurance

Innovation in the world of telematics is perhaps the earliest example of IoT, as the market now includes many technology providers and the technology comes in several forms.

Telematics uses wireless data communication to collect key information about vehicles and driving behaviour that can be sent to an insurer.

Mr Madison says: “The diversity of telematics providers and insurers offering telematics-based insurance is an example of the early journey of the Internet of Things.

“The device is the car and it’s one of the first devices being fully utilised by the insurance market today.” 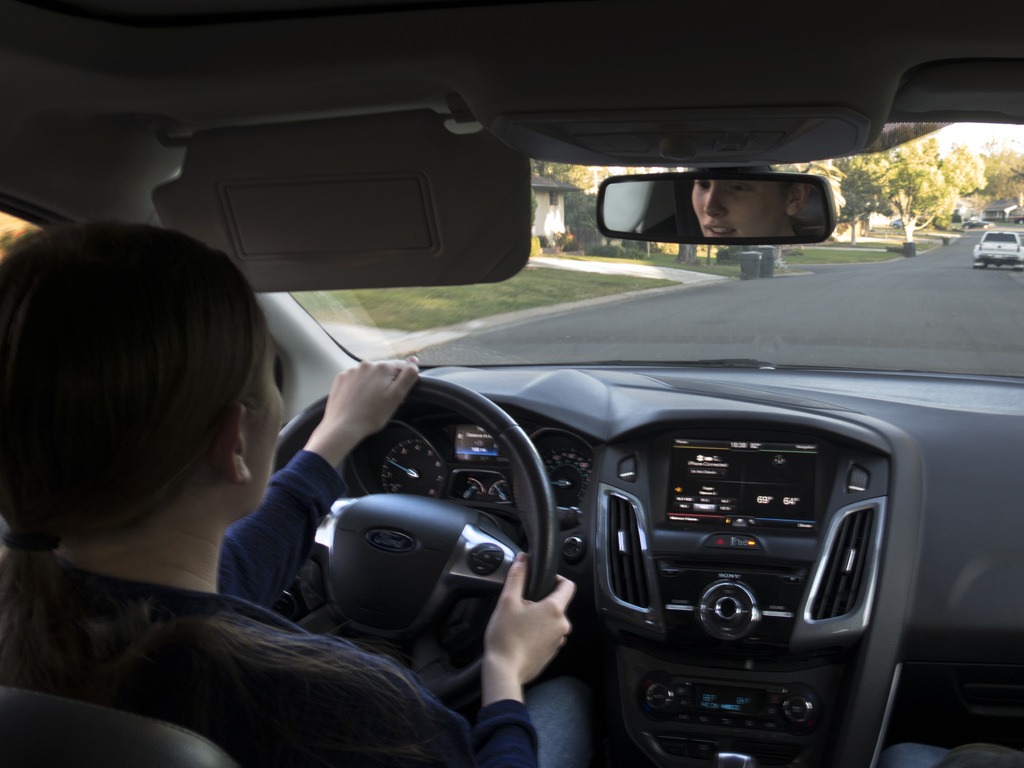 But auto insurers are increasingly incorporating technology beyond telematics in order to collect other types of data on driving behaviour, much of which can be done using a smartphone.

One example is ThingCo, a new company set up by industry veteran Mike Brockman – the man behind insurethebox, which was one of the first firms to use telematics on a large scale with its “black box” in-car device.

AI-based algorithms can help detect who is at fault in the event of a crash, while drivers can link the data with a smartphone app to find the best insurance providers based on their driving behaviour.

Driver-tracking apps, meanwhile, can tell if a user is the driver or passenger by comparing a journey with previous driving data collected by telematics functionality built into the app.

They can also tell if a user is texting or making a phone call while driving – all of this information is being used to help insurers gauge an individual’s driving risk.

The process of gauging this risk requires access to large reserves of driving data, which is where IoT and big data intersect.

Insurtech companies like the Floow and Greater Than draw on billions of miles of journey data from a range of drivers.

By doing this, they can tell which driving profile best fits a user – it’s this process that’s driving user-based auto-insurance.

But this extra data comes with an equal challenge to insurers looking to gain insights from it.

According to LexisNexis, a data analytics strategy is the key to insurance companies gaining business value from the increasing abundance of data. 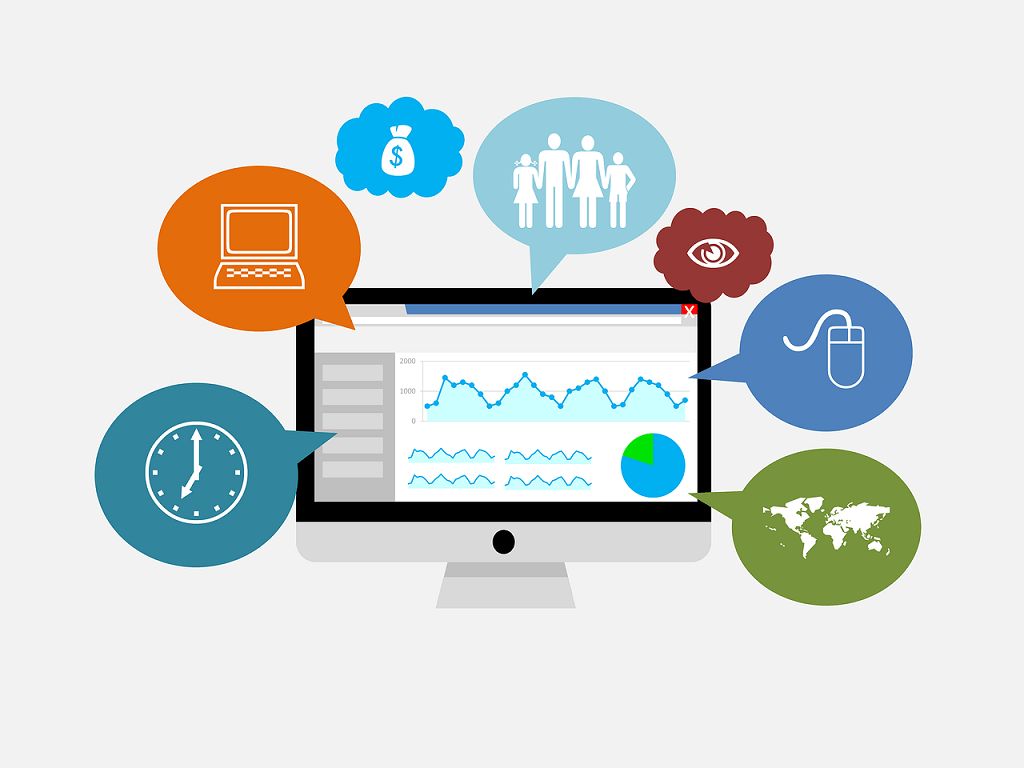 Mr Binley says: “The challenge is that there are multiple devices, multiple phones and multiple different ways of calculating, for example, where you are and how fast you’re going.

“There’s a huge amount of energy and investment currently in making sure that among the proliferation of IoT devices, insurers have a way to normalise the data and have it on one platform.

“It needs to be served up to them in a standard format so they can make decisions on it.”

Accountability to customers will be of prime concern

There tends to be a degree of reluctance to trust insurance companies among the public – a typical stereotype is they provide claimants with the bare minimum through careful policy scrutiny.

Professional services consultancy EY found in its 2014 Global Customer Insurance Survey that 70% of customers have moderate or complete trust in insurance companies, but this figure dropped to 65% for North America and 53% for the UK.

As predictive analytics technologies become more sophisticated, there’s a growing need for insurance companies to justify the way they score customers and make decisions about their monthly premiums.

As IoT provides insurers with even more data to use in the risk assessment process, LexisNexis regards the necessity for insurers to explain a customer’s risk to be of prime concern.

The way it deals with this challenge in its own dealings with insurance companies is by providing “reason codes” to help explain how a score was ascertained. 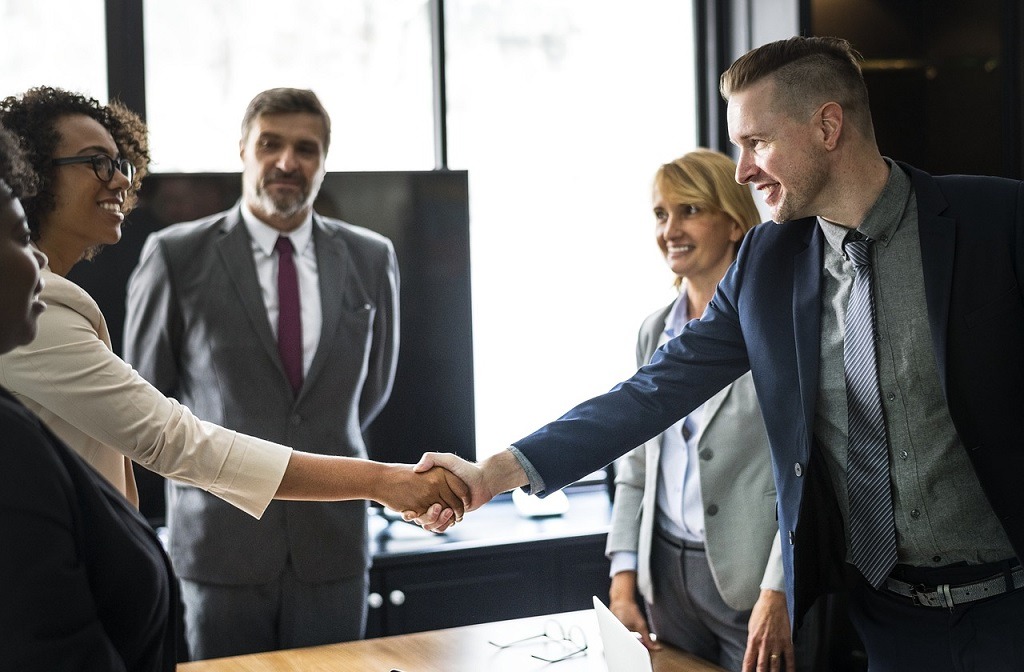 Mr Madison says: “It’s a massively complex process, so you’ve got to think about how you can make it very simple for an end user to understand what happened to get their risk profile.

“Part of it is what we call reason codes, which allow us to present the score in a way that anybody can pick it up and understand it – and then the question is, do they agree with it?

“Having a facility for consumers to dispute their score or correct it is a big part of meeting that accountability challenge as well.”

Regulation always lags behind innovation, and this is no different for the insurance industry, but it does raise concerns over the way that policy providers use customer data.

The use of customer data is governed by GDPR in the UK, and by the Credit Reporting Act (CRA) in the US – but the probability of IoT playing a greater role in risk assessment brings with it greater concerns over customer privacy. 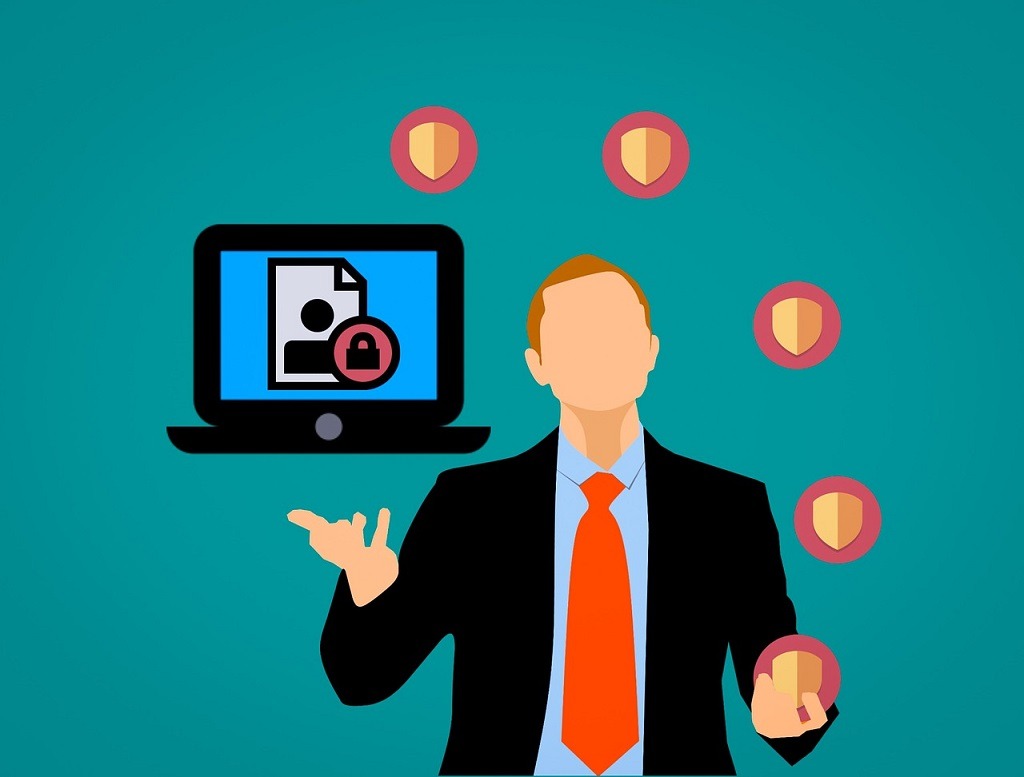 This law, which is set to come into effect on 1 January next year, will force companies within the state of California to provide customers with any data that’s collected on them, as well as allowing them to control which parts of their data insurers can use.

Mr Madison says: “This law will allow a consumer to block the use of data completely, or just put restrictions and blocks on certain types of data – that’s all going to come into play around IoT.”

“With connected car data, one of the things we all need to be aware of is that consumers are opting in before they even leave the dealership.

“Manufacturers need to position that as a good thing for consumers, who have got to realise as a result of opting in, they are getting a lasting benefit so they’re happy not just straight away but a year down the line too.”

Insurers could have constant interaction with customers

The current level of interaction between insurance companies and their customers tends to be at the start of a policy and at the point of a claim.

This trend has begun to change with the increasing adoption of IoT devices, mostly within car insurance but increasingly spreading to other sectors.

LexisNexis believes there’s a “huge” opportunity for insurers to use the data gained from IoT devices to connect with their customers. 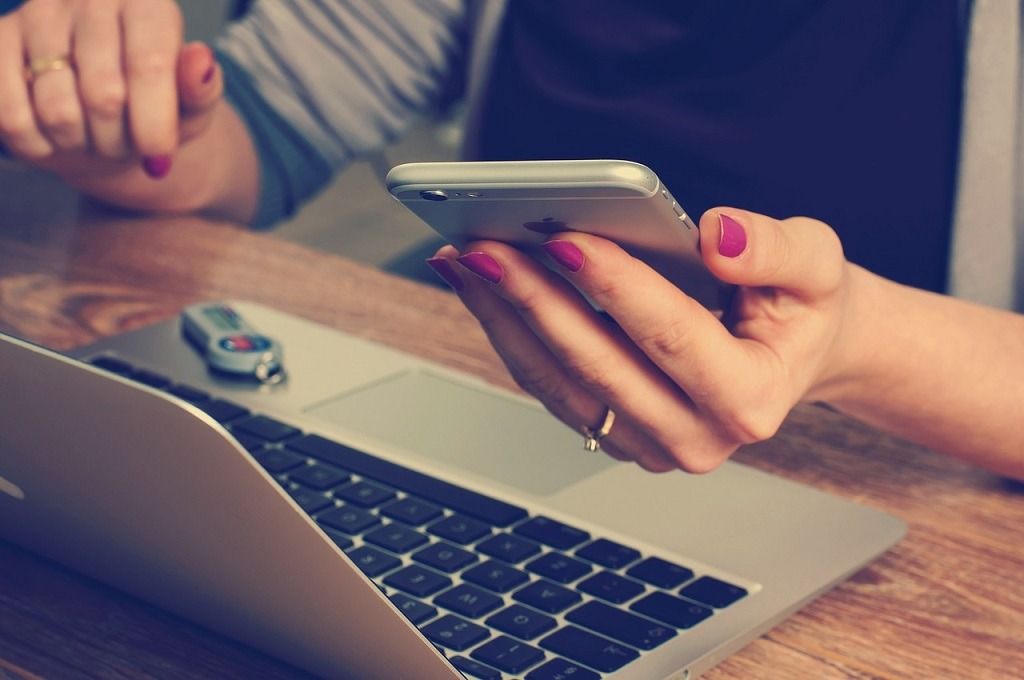 This opportunity may arise from providers becoming more informed about the lives of their customers.

For example, if a household acquires another resident through marriage, birth or getting a pet, these all contribute to the changing risk profile of that household.

“This sort of data could allow insurers to re-evaluate the risk profile of customers and help them realise whether or not they’re covered enough under their current policies,” says Mr Madison.

“The general feeling is that the industry has done a poor job educating consumers about the cover they need based on their profile.

“Technology could play a role in changing this so that consumers are in constant knowledge about their changing risk profile and whether they need more or less coverage.”

Insurance companies have an interest in preventing claims from happening, as it means customers continue paying premiums – it’s for this reason that insurtechs and established insurance firms are developing ways to manage customer risk.

Telematics is seen as an early adopter of the risk management approach, as the black boxes commonly offered alongside motor insurance have led to a marked decrease in accidents.

LexisNexis released analysis last year that showed the number of 17 to 19-year-old drivers who have been killed or seriously injured in road traffic accidents had fallen by 35% since 2011. 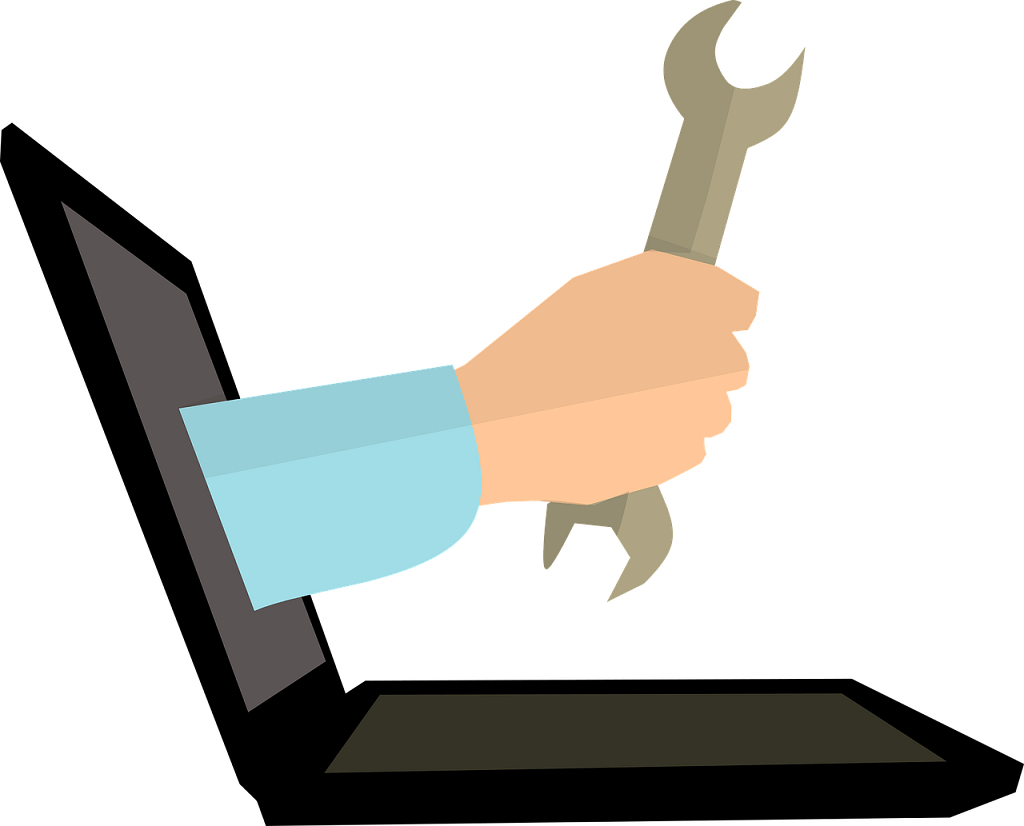 Risk management is continually being adopted in other areas of insurance, with devices like HomeServe’s Leakbot alerting homeowners to leaks so they can have them repaired before they result in a claim.

These leak-detecting robots are offered by several large home insurers, which include  Aviva, RSA and Legal & General.

Mr Binley says: “It’s common sense to prevent something from happening versus having to clear it up and sort it out afterwards – it’s the same with insurance.

“More IoT devices means more data – and the more that data is appropriate to understand the risks of individuals, the more they can manage them and prevent a claim.

“We’re at the point where the Internet of Things allows us to understand that something has changed – the water flow for instance – and notify us so we can take action and avoid a claim.”

Insurance companies use predictive analytics data to assist actuarial staff in assessing risk, which means it’s common for firms to have internal data science experts to call upon, or a partnership with a data and analytics company that provides this data as a service.

It’s well-known that there’s a worldwide shortage of data scientists already, with IBM’s 2017 Quant Crunch report predicting that demand will continue to outstrip supply into 2020.

This shortage is no surprise when 39% of the data scientist and advanced analyst positions included in the report required master’s degree or PhD qualifications to fill.

A recent trend in insurance has resulted in insurtech companies trying to democratise the data analytics process by providing tools that don’t necessarily need extensive data science training to use. 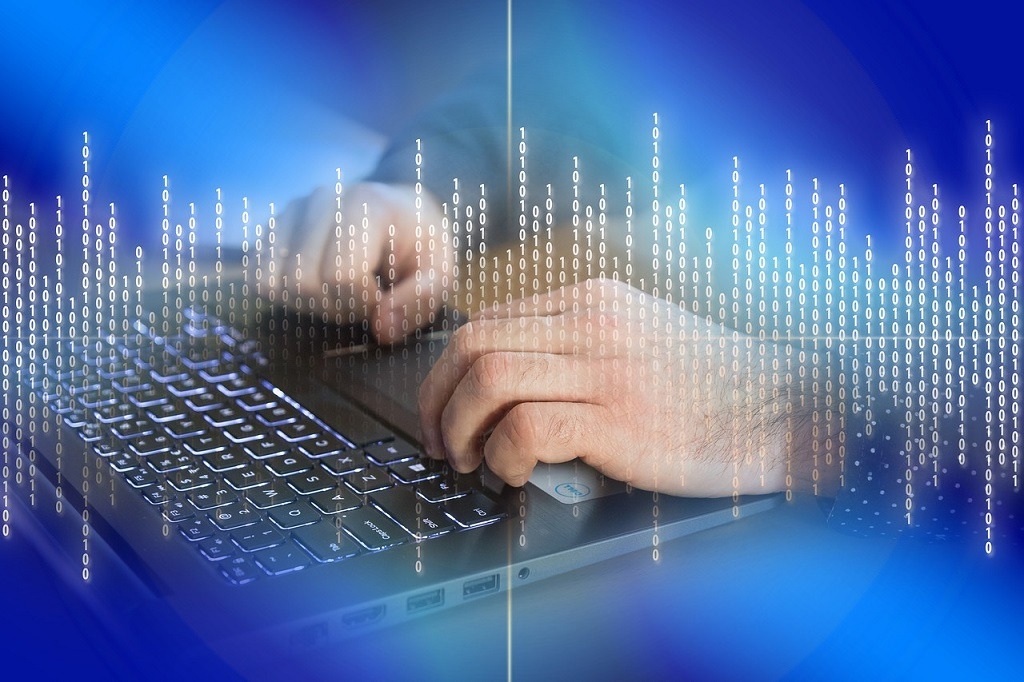 Among these companies are DataRobot and Alteryx – both provide data analytics software in the form of applications, automating data analytics processes to give insights based on their data sets.

Despite the democratisation of data analytics, LexisNexis believes that data scientists will be in even greater demand with growing IoT and big data capabilities.

Mr Madison adds: “You’ve still got to create the programmes themselves, so they won’t replace data scientists.

“The core foundation of the data scientist is to make sense of data – that role is going to be in incredible demand going into the future.

“All markets are looking for people that really understand how the core combinations of data assets and attributes can be used to predict an outcome.”