What is Guardhog? Sharing economy insurance for Airbnb hosts and freelancers

The sharing economy has created a new market for home-sharing that's brought new challenges to insurers, but Guardhog believes its cover addresses the issue 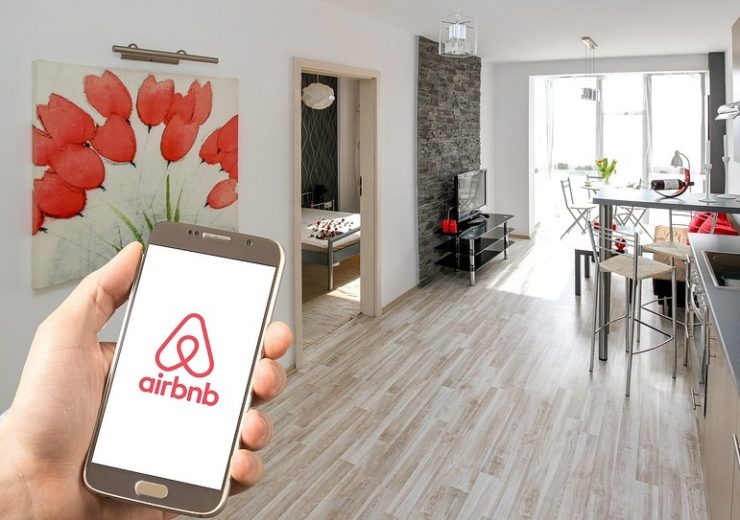 From taxis to hotel accommodation, the sharing economy is shaking up traditional business models – now Guardhog wants to get in on the act by offering insurance to the micro-entrepreneurs in this space.

The UK company hopes to disrupt the home-sharing insurance market with a new approach to covering hosts of companies like Airbnb, HomeAway and Wimdu from less than £1 per day.

Guardhog CEO Humphrey Bowles says: “We’ve built a platform which allows individual hosts to come and put proper insurance in place for their home-sharing activities on a stay-by-stay basis.

“Our technology allows them to sync their home-sharing accounts with Guardhog so that cover is put in place automatically without them having to press a button or pick up their phone.”

Here we take a look at how Guardhog is aiming to corner this growing part of the market.

What is the sharing economy?

An ever-expanding list of start-ups have entered the sharing economy market over the past decade since the peer-to-peer business model was pioneered by the likes of Uber and Airbnb.

It enables customers to access services through short-term rentals for much cheaper than buying them, while allowing sellers to profit from under-utilised space or items they own.

Technological developments allowing for smartphones to integrate improved GPS-based location data with apps on the devices have created the perfect conditions for the sharing economy to flourish, and insurance companies are now searching for the best way to create products for it.

American International Group (AIG) announced in the foreword of its 2018 report, titled Insuring the Sharing Economy: “We believe insuring sharing economy platforms and participants is one of the biggest puzzles the insurance industry will face over the next decade.” 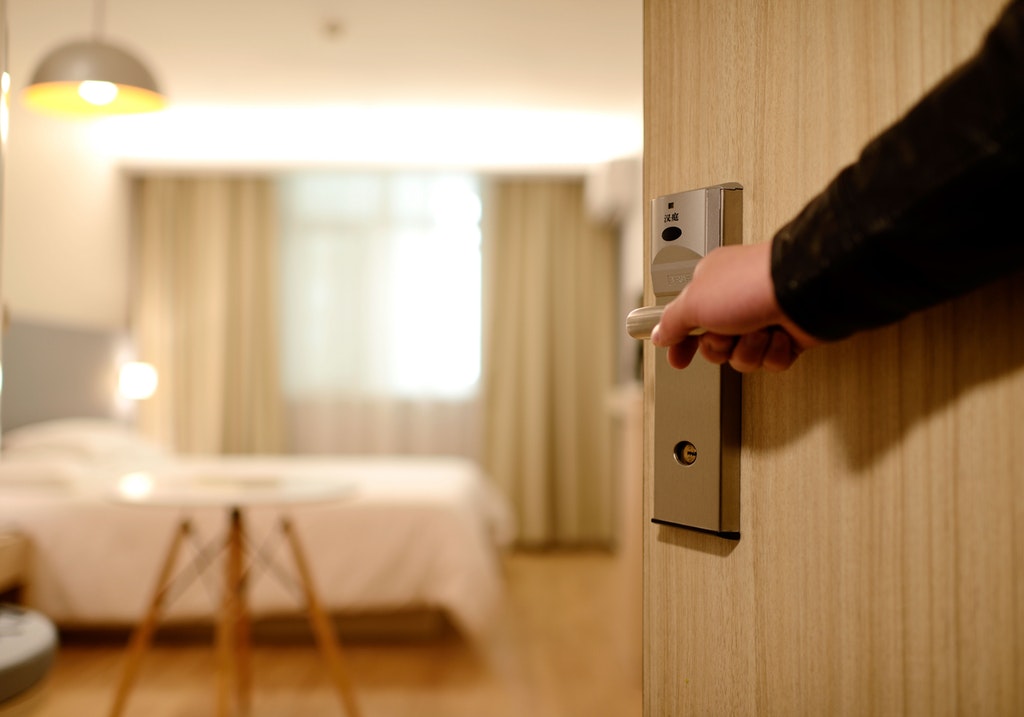 Guardhog is a managing general agent (MGA) – a type of intermediary in the insurance market that connects policy seekers looking to cover their risk with insurers that have the capacity to do so.

The business model involves taking a commission on each insurance policy Guardhog sells, with the rest of the revenue going to the underwriter.

Guardhog’s business strategy involves partnering with online platforms that can sell its cover as an option alongside its own service, or purchase a “crowd policy” that covers every host on a platform automatically.

The company was co-founded by Mr Bowles and its chief operational officer Andrew Boldt, who’s also the managing director of Insurance Tailors – a broker specialising in property insurance.

He decided to leave this role in 2016 and entered the world of insurtech by founding Guardhog along with Mr Boldt. 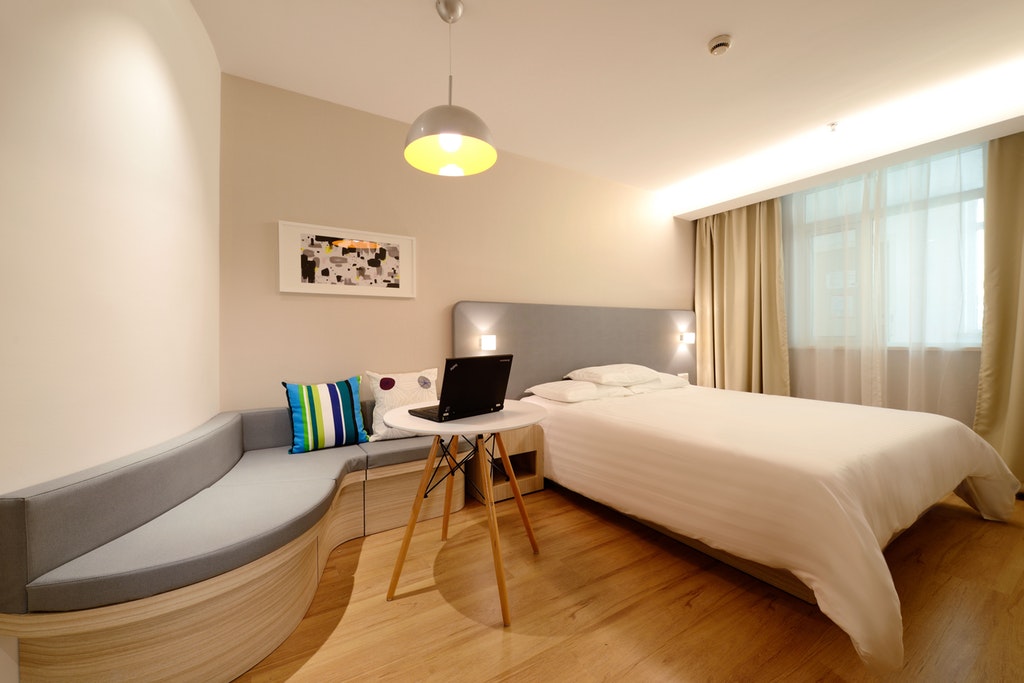 While working at onefinestay, Mr Bowles encountered the problem of insurance in the peer-to-peer accommodation sector.

He says: “I was in charge of on-boarding new hosts to the business, and insurance was my problem.

“Although onefinestay had an umbrella policy, when hosts wanted to take control and cover themselves, there really wasn’t any available options for them.

“The only way for them to get cover was to sign up to an annual B&B insurance policy, which doesn’t actually represent the type of activity hosting falls under, as some hosts may only have a few people a year staying with them.

“I decided to go out and solve that problem, and along the way I met my business partner Andrew.

“We put our heads together and created Guardhog.”

A personal interest in home-sharing insurance for Guardhog

Mr Bowles has a personal interest in sharing economy insurance due to his own participation in the marketplace.

He’s been renting out space in his West London home for six years on peer-to-peer home-sharing platforms Homestay and Airbnb, acquiring the coveted “superhost” status on the latter – a credential awarded to hosts with 80% five-star reviews on the platform, as well as having met other criteria.

This extensive experience in hosting guests has contributed to Mr Bowles knowledge of the risk home-sharing poses to hosts.

He says: “Working in insurance after growing a peer-to-peer marketplace, and as an Airbnb superhost, I have a unique perspective on the problem of ‘risk’ many platforms and users feel about participating in the sharing economy.

“I realised that insurance could play a crucial role as an enabler – because it can help both the peer-to-peer marketplaces, and most importantly their users, feel safe in their transactions.”

Guardhog’s marquee product is a usage-based insurance policy that only covers hosts for the time they spend accommodating guests, meaning they pay less than they might with a traditional insurer.

This policy covers hosts for malicious damage caused by guests, accidental damage, theft, public and home-sharing liability – which provides cover if a guest causes damage to a neighbouring property.

The firm claims host cover can be purchased for a minimum of 78p, but premiums depend on the value of the product and items within it, with the company saying that average policyholders pay between £1 and £3 a day.

Guardhog also claims its technology can integrate with home-sharing platforms, ensuring that cover is applied automatically when a property is rented through an option it calls “autohog”.

The Homecover policy operates much like regular home insurance, offering cover for repairing damage to the structure of a policyholder’s property, the cost of replacing any items damaged and personal items carried within and outside the house.

But it also provides public liability cover to protect hosts against legal claims made against them by guests.

Homecover is paid on a monthly basis and doesn’t provide any of the extra cover specified in its host cover policy.

Guardhog was planning to provide insurance to freelancers, consultants and anybody else working in the gig economy to cover them against public liability claims, personal accidents, equipment loss or damage and professional indemnity incidents – where a person is at fault for not delivering on promised work.

As well as the drawback of being a late arrival to this market – which is already served by insurtechs Zego and Dinghy, the latter being recently acquired by Kingsbridge Group – Mr Bowles believes its usage-based insurance approach doesn’t suit the gig economy.

So Guardhog is focusing its Taskcover product on workers within the peer-to-peer accommodation sector, such as cleaners and maintenance workers.

“We think this space is too fractured at the moment for us to provide the right kind of cover people want – for the gig economy, annual policies just suit people better,” adds Mr Bowles.

“Our Taskcover product will specifically focus on people working in peer-to-peer accommodation, like cleaners, who we think we can provide better cover for than the traditional public liability and professional indemnity cover.”