The partnership marks a first for Zurich within the world of esports, where several other insurance firms have been operating to target younger audiences 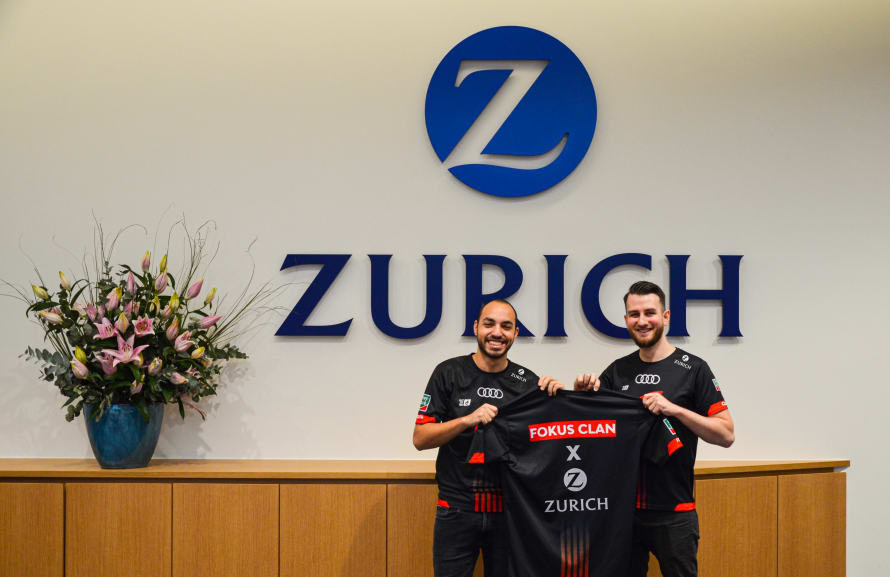 The partnership with FOKUS CLAN marks a first for the company in the world of esports (Credit: Zurich)

Zurich Group Germany has announced a sponsorship deal with esports team FOKUS CLAN in order to expand its reach to a younger, more digital-savvy audience.

As a premium partner of the team, Zurich will advertise its company through traditional brand placement on player jerseys and event boards — but the deal also includes influencer campaigns with e-athletes that will result in “regular content”.

FOKUS CLAN is one of Germany’s most successful esports teams competing on the football simulation video game FIFA 20, with the champion of 2019’s FIFA eWorld Cup and winner of the $250,000 cash prize, Mohammed Harkous, on its roster of players.

Zurich Group Germany head of marketing Annika Bäcker said: “The esports area offers us a considerable reach potential: FOKUS CLAN with its team members alone is one of the largest FIFA social communities with around two million followers.

“With our involvement in esports, we are addressing a younger and digital-savvy target group.

“The market, and with it the fans of games like FIFA 20, is growing. At the same time, the team members of FOKUS CLAN with their social media affinity offer a perfect basis to quickly reach a young target group with our sponsorship.”

“We will place Zurich authentically as an experienced sponsor in the sports business in a relevant environment,” adds Bäcker.

Zurich has played a 20-year role as the main sponsorship partner of the German Olympic team, and can be found on billboards at contests around the world, including the US state of New Orleans where it remains the main sponsor of the Zurich classic — a competition within the PGA Tour.

“You just have to see how long-term, sustainable and cleverly activated Zurich’s partnerships in classic sport are to get an impression of what we are going to do together in the future.”

Other esports sponsorships in the insurance world

Zurich’s announcement is far from setting an industry precedent, with several providers already active in sponsoring areas of the esports marketplace with the same goal of broadening youth appeal.

In August 2019, German multinational insurer ARAG Group signed a deal with SK Gaming  that the team’s CEO Alexander Müller said would “help them [ARAG] become even better known within the younger demographics.”

German health insurance company BARMER has been active in sponsoring esports competitions, including the FIFA 20 eSoccer League in October 2019.

Early sponsors of esports competitions were typically companies already aligned with PC gamers, such as Intel and Nvidia, but as the popularity of gaming competitions has increased, sponsors outside of that circle have also started to see opportunities for their brands.

The International 2019 — a competition between professional players of Dota2 held in China — included Shampoo brand Clear and China Citic Bank among the sponsors of the competing teams.

What is Cattolica Assicurazioni? The main sponsor of the Italian Rugby Federation

What is Cattolica Assicurazioni? The main sponsor of the Italian Rugby Federation