The campaign was backed by the sculptor who created the golden toilet stolen from the UK's Blenheim Palace, and included a suggestion that the creation of all art is a form of theft 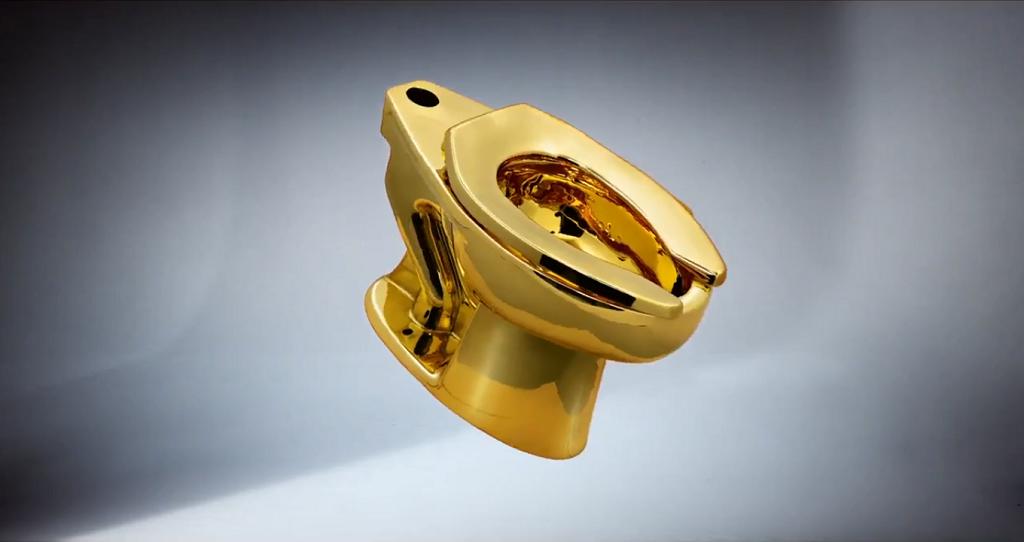 Italian insurance giant Generali has announced its entrance into the art insurance market by parodying the real-life theft of a golden toilet.

The company’s new business unit Arte Generali was launched online alongside a naked image of world-renowned artist Maurizio Cattelan — the golden throne’s creator — carrying a realistic cut-out of his work that covered just enough to keep the image family-friendly.

Arte Generali is part of the company’s push for profitable growth laid out in its strategy, Generali 2021, which also includes seizing opportunities to cover the SMB market.

Group CEO Philippe Donnet said: “I am very glad to announce the launch of Arte Generali, a milestone in the execution of Generali 2021.

“With Arte Generali, we start a new chapter in Generali’s history within the insurance industry.

“Furthermore, Arte Generali resonates strongly with Generali’s expertise, legacy and DNA, as it can build on the Group’s leadership in terms of technical insurance performance and on its tradition as a patron to the arts and the culture.”

The Italian insurer hopes to be flush with success from the venture, with designs on becoming a top-three player in the global art insurance segment within the next five years — if its new venture pans out.

Generali Deutschland CEO Giovanni Liverani added: “Arte Generali will complement Generali’s offering across all geographies and provide innovative solutions and service to meet the highest expectations while tapping into a growing market.

“I am very glad for the support of two world-class artists like Oliviero Toscani and Maurizio Cattelan as testimonials of this venture.”

Golden toilet theft advert is a metaphor for creating art

The golden-toilet’s creator, Maurizio Cattelan, was photographed for Generali’s promotional material by Oliviero Toscani — a famous photographer behind several of successful advertising campaigns in Italy.

The main poster advertising Arte Generali featured the words “great artists steal”, a reference to the fact that the ideas behind many great works of art have been explored previously.

The campaign was also made as a humorous reference to Cattelan’s fully-functional solid-gold toilet named “America” — which was plumbed in at Blenheim Palace in Oxfordshire, the birthplace of Sir Winston Churchill — which was used by visitors before its theft on September 14 this year.

Explaining the concept further, Cattelan said: “Arte Generali’s brand campaign juxtaposes the risk run by art collectors of their art pieces being stolen with the metaphorical act of stealing that every artist commits.

“My whole career has been based on the non-existence of originality – in other words, the ability to invent by adding to something that has been invented already, or the ability to elicit unexpected emotions by triggering emotions that one felt already before.”