Almost half of US drivers think electric cars should have cheaper insurance, finds ValuePenguin 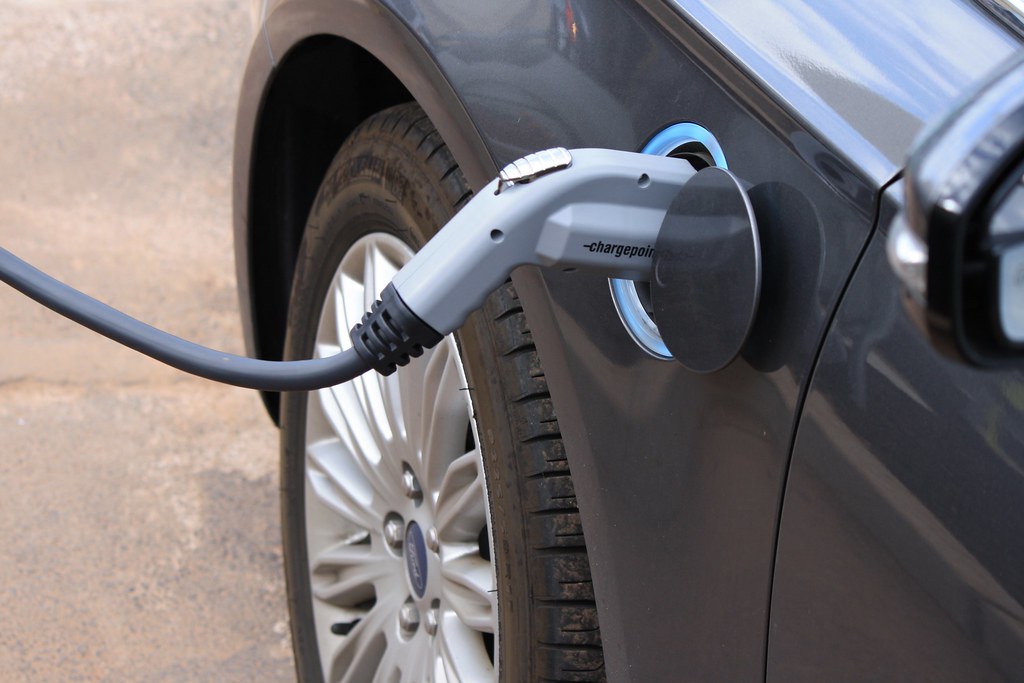 An electric vehicle being charged - but don't expect this to become too much of a common sight in the near future (Credit: Flikr/Noya Fields)

Just under half of Americans believe electric car owners should be entitled to cheaper motor insurance rates, according to a new survey.

The study — commissioned by consumer information site ValuePenguin — found 43% of US drivers think the vehicles should have cheaper coverage than conventionally-powered alternatives.

The bulk of the statistic was made up of millennial respondents, 54% of which support cheaper insurance premiums for electric car drivers, while 24% of baby boomers agree.

Despite this, just 5% of those surveyed claimed to own an electric car, with 21% expecting to purchase one in the next five years, and a total of 74% planning to buy in more than six years, or not at all.

The study report said: “Fully electric cars — distinct from hybrid vehicles as they only utilise battery-powered motors and do not use gasoline at all — may one day be universal, but in terms of consumer tastes, they don’t represent the near future.

“In fact, the margin is overwhelming: 44% of Americans have no plans to ever purchase a fully electric car, and 30% only anticipate buying one six or more years from now.

ValuePenguin’s survey was conducted online with 1,120 Americans. The sample base was proportioned to represent the overall US population.

Another topic put to the US drivers was safety technology, including the hotly-discussed emergence of self-driving vehicles.

In the case of self-driving cars, 72% of Americans said they would feel unsafe were they made to share the road with them.

The ValuePenguin report said: “64% of consumers think fully autonomous cars will be on the road within 10 years.

“In fact, autonomous cars are already on the roads by the thousands, albeit with safety drivers — humans sitting behind the wheel — to take over in the event something goes wrong.”

The fear of sharing the road with self-driving vehicles was highest among the older respondents, with 83% of baby boomers citing unease, compared to 79% of those from the “silent generation” — those born between 1928 and 1945.

By contrast, 52% of the current youngest age cohort, generation Z, cited fear, with the number rising to 65% for millennial respondents and 72% for generation X.

Despite consumers mostly shying away from self-driving vehicles, and not planning to buy an electric car in the foreseeable future, there is general support for safety technology within vehicles — but there were cautionary undertones.

ValuePenguin looked at attitudes towards three technologies that vary in how pervasive they are among consumers — these being rearview cameras, hands-free Bluetooth devices and assisted self-driving features such as adaptive cruise control and lane-centered steering.

Consistent with views on self-driving vehicles, features that harness some of the same technology received the least support among respondents, with 55% saying it made them feel safer.

Conversely, 45% responded with the belief that the technology would either make no difference at all, or make them less safe.

The most popular technology was rearview cameras — with 82% of drivers reporting the tech made them feel safer.

Bluetooth technology came in second with 67% believing it enhances safety.