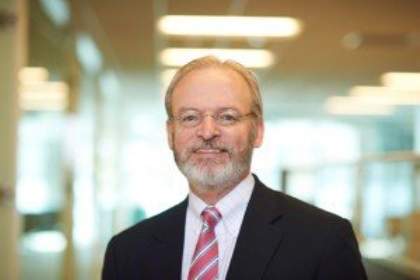 Lyons succeeds Sid Sankaran, who will remain at AIG in an advisory capacity through the year-end reporting process for this fiscal year.

Lyons will serve on the AIG Executive Leadership Team and will report directly to Brian Duperreault, president and CEO of AIG. Mr. Lyons will remain Chief Actuary, General Insurance, until a successor is named.

Duperreault said: “Since his arrival at AIG, Mark has made an immediate and positive impact on our company. With his proven track record as a public company CFO and his deep actuarial expertise, we are confident that he will further strengthen our financial processes and forecasting capabilities, as well as build on the progress we have made to restore AIG’s position as a growing, profitable leader in the insurance industry.”

Duperreault continued saying: “On behalf of the entire company and the Board of Directors, I’d like to thank Sid Sankaran for his significant contributions over the years. Sid was instrumental in helping AIG navigate many challenging issues over the last decade, and we are pleased he will work with Mark to make this transition seamless.”

Lyons said: “Since joining AIG this past summer, I have spent considerable time understanding the breadth and depth of our General Insurance business and continue to be highly optimistic regarding AIG’s strong path ahead. I look forward to working closely with Brian, the senior executive team and the Finance organization to further enhance our financial operations, including our planning and analysis capabilities.”

Sankaran said: “It has been a privilege to work at AIG, first as the company’s Chief Risk Officer and then as Chief Financial Officer. I am grateful to the dedicated team in the Finance organization, as well as all of the other talented employees across the company.”

Lyons joined AIG this year from Arch Capital Group, where he served as Executive Vice President, Chief Financial Officer and Treasurer since 2012. He joined Arch in 2002 and served in various capacities within Arch Insurance US operations, eventually rising to chairman and CEO of Arch Worldwide Insurance Group. Prior to joining Arch, Mr. Lyons held various positions at Zurich US Berkshire Hathaway and AIG.

Lyons holds a B.S. in mathematics from Elizabethtown College, and completed the Executive Program at the Kellogg School of Management of Northwestern University. He is a Member of the American Academy of Actuaries and is an Associate of the Casualty Actuarial Society.