Aegon has reported underlying earnings before tax (earnings) of €700m for the first half of 2020, a 31% decrease compared to €1bn for the corresponding period of 2019 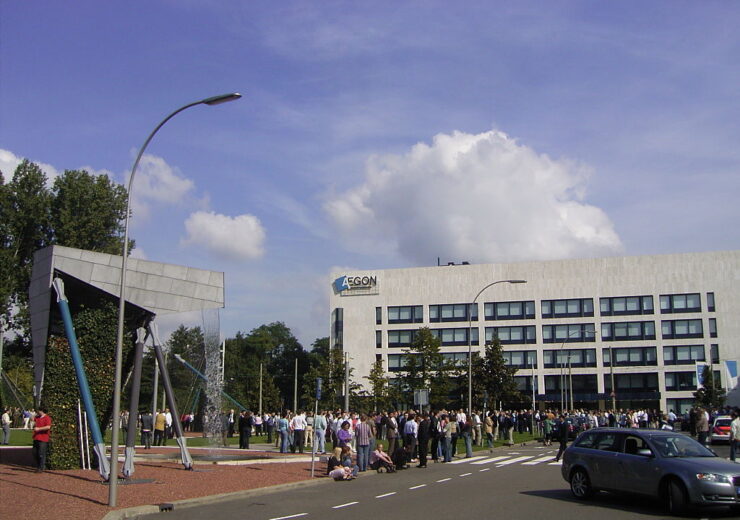 Aegon headquarters in the Hague, the Netherlands. (Credit: Wikipedia.org/TeunSpaans.)

For the first half of 2020, the insurer has reported total revenues of €13.9bn, compared to €14.5bn for the corresponding period of the previous year. The total charges for the period stood at €11.3bn.

The underlying earnings before tax (earnings) for the period stood at €700m, which had fallen by 31% compared to €1bn for last year’s corresponding period.

The insurer’s earnings in the Americas were reported to be €264m for the first half, falling by more than 50% compared to last year’s earnings of €577m.

The net underlying earnings in the first half were €589m, which had plunged 29% from €831m from last year’s corresponding period.

The return on equity in terms of percentage had also fallen to 6.5% from last year’s 9.6% the comparative period.

Aegon CEO Lard Friese said: “The first half of 2020 was challenging with underlying earnings for the Group declining by 31% to 700 million euros.

“Earnings from the United States were affected by lower interest rates and unfavourable mortality, which was in part driven by the Covid-19 virus. Earnings in our other businesses held up well, supported by lower expenses.

“From an operational perspective, we have dealt well with the fallout of the pandemic. Our service to customers has continued at a high level as we adapted successfully to doing business virtually and supported our customers and business partners.”