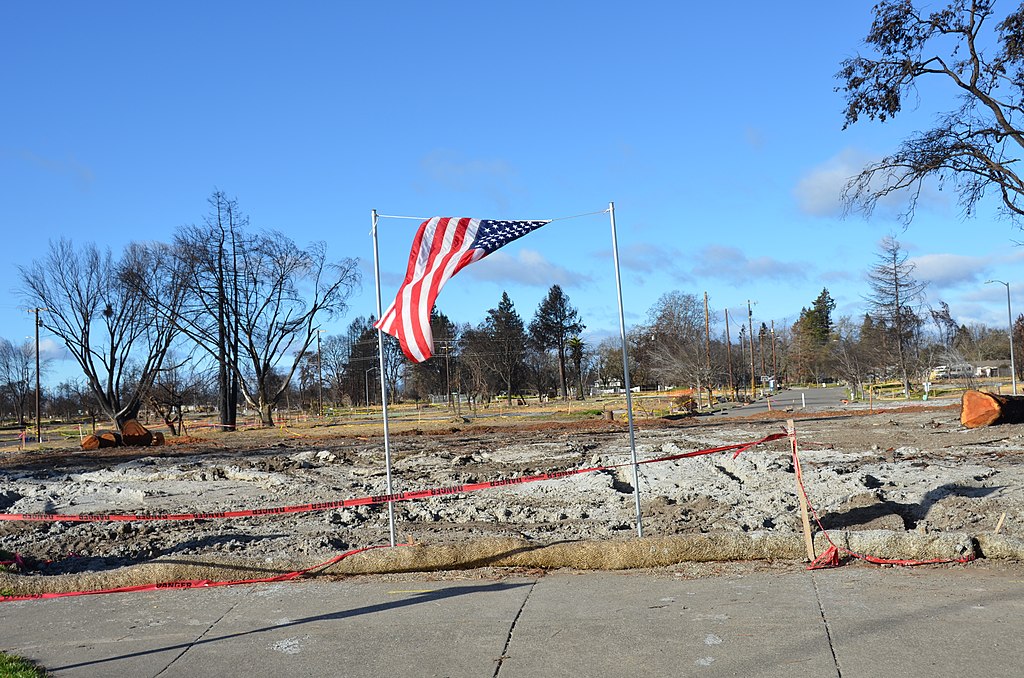 California's Coffey Park in the city of Santa Rosa after a wildfire event (Credit: WikiCommons)

A controversial insurance bill giving California Governor Gavin Newsom the power to purchase insurance to cover some of the cost of wildfire damage has been suspended in the State Assembly after the state’s Department of Finance raised objections over lack of scrutiny.

The proposed bill – named SB 290 – would have used taxpayers’ money to purchase insurance, reinsurance, insurance-linked securities, or any other related risk-transfer mechanism, to mitigate the cost of damage caused by wildfires, mudslides or flooding.

The state department deemed it unnecessary, given that Governor Newsom already has authority to use emergency funds before and after an emergency. It was also concerned the bill could allow insurers to charge the state “financially unsustainable” premiums.

The Assembly Appropriations Committee, which authorised the suspension of the bill, said it was “not based on an analysis of the necessity or benefit of reinsurance for the state,” and that it allows for the purchase of insurance “without robust reporting, analytical or oversight requirements.”

The bill would have allowed the state governor, or any agency acting on his behalf, to pay insurance premiums by continually appropriating funds from the California Special Fund for Economic Uncertainties. This was set up to help the state respond to climate change disasters such as wildfire events.

Both the Department of Finance and customer advocacy group Consumer Watchdog raised concerns over the bill before it was halted, with the latter claiming it allowed prospective insurance contracts to leapfrog scrutiny if they had approval from the state’s Insurance Commissioner Ricardo Lara.

Consumer Watchdog executive director Carmen Balber said: “SB 290 went around the existing checks and balances with the promise that a consultation with the insurance commissioner would be enough to guarantee legitimacy.

“But we can’t just take the insurance commissioner’s word that companies will do the right thing. Insurance companies can’t be trusted to deal any more fairly with taxpayers than they do with other policyholders without a public process of oversight.”

Consumer Watchdog counsel and advocate member Michael Mattoch sent a letter earlier this month to Californian Senator Bill Dodd, who introduced the bill to the State Assembly in February.

The letter set out the advocacy group’s objections, which included the fact that SB 290 bypassed the Senate Insurance Committee.

It said: “This bill was not referred to the Senate Insurance Committee, a committee specifically endowed with staff and members with the knowledge and experience to
properly analyse and adequately review the impacts of this bill.

“At very least SB 290 deserves a hearing in the Senate Insurance Committee,
where the true costs and benefits can be adequately scrutinised.”

Consumer Watchdog warns public to watch out for bill’s return

Consumer Watchdog speculated that the wildfire insurance bill was designed to benefit insurance companies operating in California, warning the public to watch out for its return.

“SB 290 managed to fly under the radar because the Insurance Commissioner lent the prestige of his office to the insurance industry’s cause,” said Balber.

“The Department of Finance pulled back the curtain on this taxpayer giveaway to insurers and Wall Street.

“Yet, while the bill is stopped for now, the public will have to be on guard for an end-of-session scheme to try and put it back on the table.

“Shortcuts like SB 290’s are only ever in the interests of insurers, not their customers.”