The priority for Urban Jungle is the UK's renters' insurance market, but in the future it may pivot the business to include products for homeowners 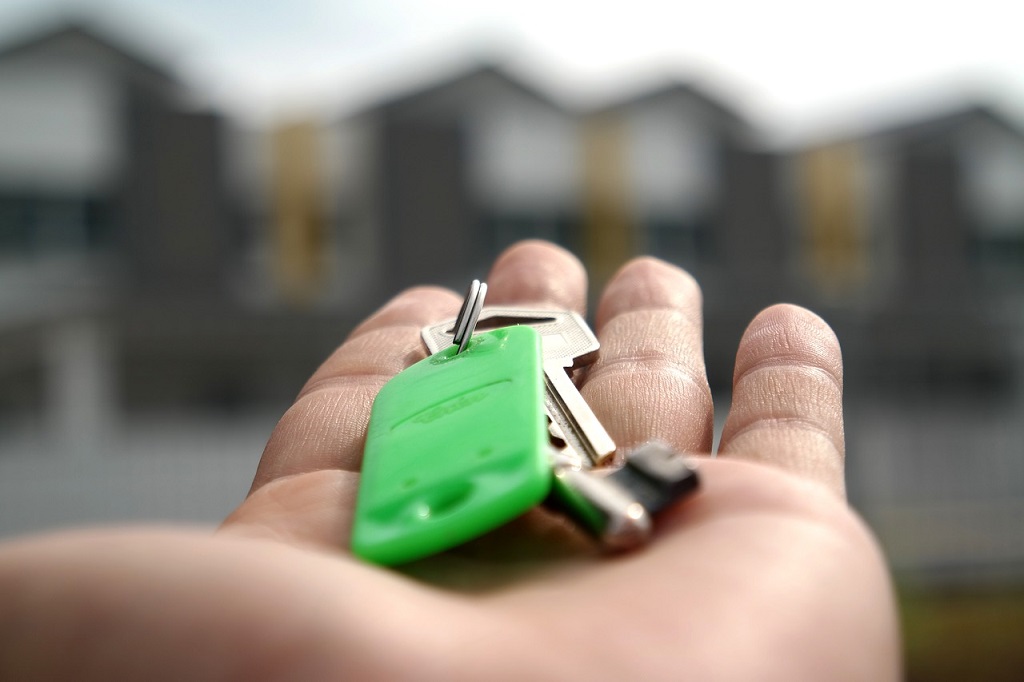 After a recent funding round enhanced its opportunity for growth, Urban Jungle is in the midst of a big marketing campaign online and off to capture the attention of young renters. The insurtech start-up’s CEO Jimmy Williams tells Peter Littlejohns his own personal story that led to founding the company – and where it might pivot in the future.

Sharing a flat with friends can be a struggle for many reasons, but insurtech company Urban Jungle wants to make sure renters’ insurance isn’t one of them.

Several options exist for renters’ protection cover, with players like ZeroDeposit, Flatfair and Reposit offering new methods of insuring tenants and landlords, but the start-up has chosen instead to stick to the original proposition of renters’ insurance – just making it cheaper.

This is achieved through being a digital broker that isn’t weighed down through big overheads like customer service agents, while they approach risk in a way they believe is “fairer” to renters.

Urban Jungle CEO Jimmy Williams says: “The initial reason it’s hard to get insurance is the bad rap young drivers get, which are quite a high risk are for companies because they’re inexperienced.

“But young people aren’t inexperienced at living in a house, looking after their stuff and locking the front door.

“We’ve found that they can be a really good risk to insure – the much bigger challenge from our point of view is engaging younger people with insurance.

“Getting them interested enough to buy a product that is ultimately optional is more important to us than getting to a profitable level with our underwriting, because that side of the business already performs really well.”

The firm, which Jimmy says is growing at a rate of around 20% each month, serves 20,000 customers with its policies and is solely focused on penetrating the UK rental market, which Jimmy claims is worth £9.5bn ($11.9bn).

How did Urban Jungle start?

Urban Jungle was founded in 2016 as a digital insurance broker by Jimmy and the firm’s CTO Greg Smyth, a friend from university who previously worked as one of the first software engineers at social media giant Facebook.

To date, the firm has received $4.9m in funding, with the most recent $3.3m round in May led by a group of angel investors that includes Rob Devey, ex CEO of Prudential UK, and Simon Rogerson, CEO of venture capital firm Octopus Group.

Like many insurtechs, it formed as a response to a less-than-perfect customer experience for one of its founders.

Jimmy encountered the hurdle of obtaining renters’ insurance after he graduated from university and moved in with a group of friends.

“The story starts with a very painful personal experience,” he says.

“I was renting a flat with a few friends in London, and for every insurer in the UK that’s a big no-no and you can’t buy insurance, or it’s at least very difficult.”

“I spent a week trying to find an insurance provider, spending a lot of time on the phone, which was painful.

“Then, about a year later, I had to make a claim on that same policy and it took me about three-and-a-half months to get it paid.”

He says: “Our view was that, on one side, insurance companies really struggle with technology – they spend lots of money on it and get nowhere.

“On the other side, you have a really underwriting-centric culture across all the big insurers.

“There are different teams within an insurer. You’ve got staff related to customer service, marketing and finance, but the boss that’s in charge is always the underwriter.

“That’s led to quite a skewed view of risk because, sometimes, those underwriting decisions are made on out-of-date bits of data.

“For us, this means we can see that younger renters are effectively being discriminated against unnecessarily by insurers.

The initial market opportunity Urban Jungle sought to address was young people sharing a property with other renters.

But after entering the insurance industry as an insurtech, Jimmy says the company pivoted slightly to target all renters under the age of 30, including single occupants.

He says: “It remains the case that if you share a property with three or four people who are not related to each other – and around 20% of renters are in that sort of living situation – most insurance companies won’t cover you.

“We started out specifically for house sharers, as our hypothesis was that they were an under-served market, but what we’ve found is that, actually, just insurance for renters in general is an undisputed space.

“Our competitors tend to be quite specialist players. Companies like Barbon Insurance and Rentguard, which primarily distribute through partnering with letting agents and giving them quite big kickbacks – meaning prices are quite high.”

How is Urban Jungle making insurance cheaper for UK renters?

The average UK home contents policy costs about £58 per year, according to 2018 data from price comparison site MoneySuperMarket.

But according to the firm’s research, some of the major cities in the UK have a shockingly low rate of policies in force for consumers from Generation Y – the demographic regularly referred to as millennials and “generation rent”.

London, one of the premier destinations in the UK for young renters, only has a 22% take-up of contents insurance, followed by the UK’s next biggest cities, Birmingham and Manchester, in which only 10% and 41% of respective millennial residents have a home contents policy.

Jimmy suspects that take-up of contents insurance among renters is even lower, and many don’t even consider tenants liability insurance – a form of cover that protects renters’ security deposits should they cause accidental damage to a landlord’s property.

He says: “Typically, a letting agent will advise renters to buy insurance, and they’ll get a phone call from an insurance company they’re partnered with offering them insurance – and your average millennial renter will say ‘why are you phoning me? Please go away’.

“From here, they may use Google to find out more about renters’ insurance and that’s when they can come across us, the digital alternative to those. 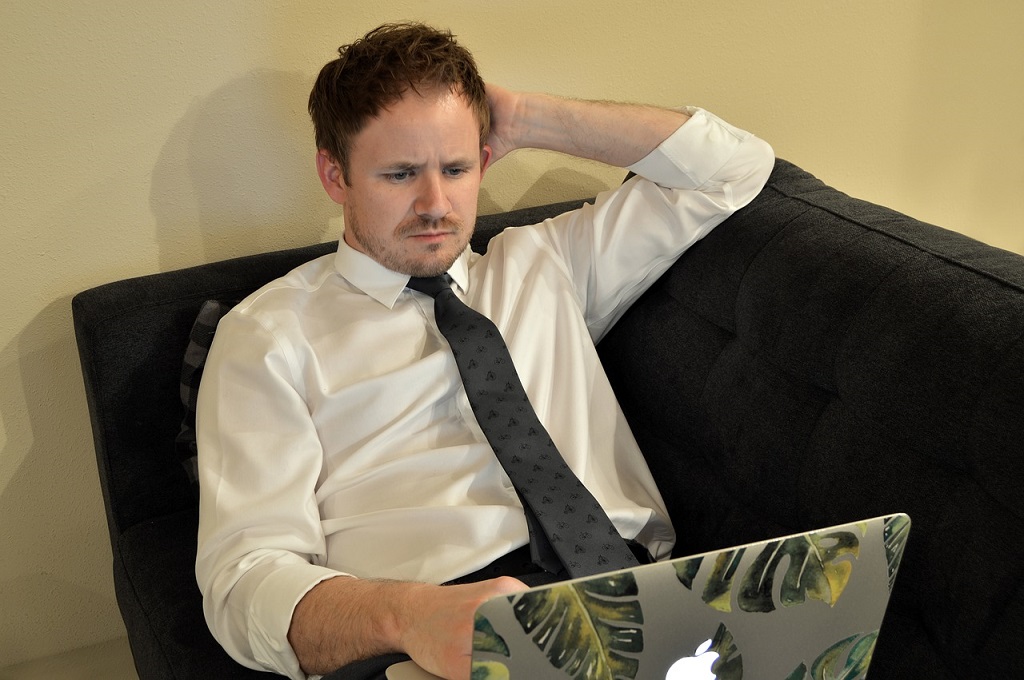 “All our products can be bought online and because of this, and the fact we’re not paying kickbacks to letting agents, we can be significantly cheaper than the incumbent specialists.”

Jimmy says Urban Jungle does work with several letting agents, but only where they can agree a “sensible commission-sharing model”.

“What we never do is have different prices across different distribution channels – you’ll get the same price with us online as you get going through an agent,” he adds.

Urban Jungle’s home contents insurance starts at £5 ($6.30) to cover one adult of any age with a limit of £40,000 ($49,000) on claims, as long as their property’s occupancy doesn’t exceed three or more unrelated adults, in which case the price will increase.

Policies are underwritten by underwriting partners including UK General Insurance Limited, a subsidiary of Great Lakes Insurance SE, whose parent company is reinsurance giant Munich Re.

Urban Jungle’s plans for the future

Urban Jungle’s strategy includes growing its number of policyholders in the UK, where it sees a large enough market opportunity in the home and rental insurance space to keep it occupied and not eyeing up markets in other countries.

Jimmy says: “We’re growing very quickly and even just the private rented sector in the UK is eight million households, and that’s before we start thinking about homeowners and landlords.

“Munich Re’s appetite is good in our core area, and 20,000 customers is still quite small in the context of a big insurer, so we need to concentrate on our business with them for now and keep them interested in our growth.”

Despite the focus on growing within the renters market, Jimmy sees an opportunity to pivot Urban Jungle’s business model to add products for homeowners.

He adds: “Right now we’re really focused on renters and we’ll be adding more products in that space, but we’re also thinking about homeowners.

“We lose a reasonable amount of customers because they buy their first place, and we currently don’t have an offering for them.

“We’re thinking about products for the first-time buyers and homeowners market, but renters are our priority.