Insurtech companies are having a material impact on the insurance industry, but becoming underwriters could give them more skin in the game 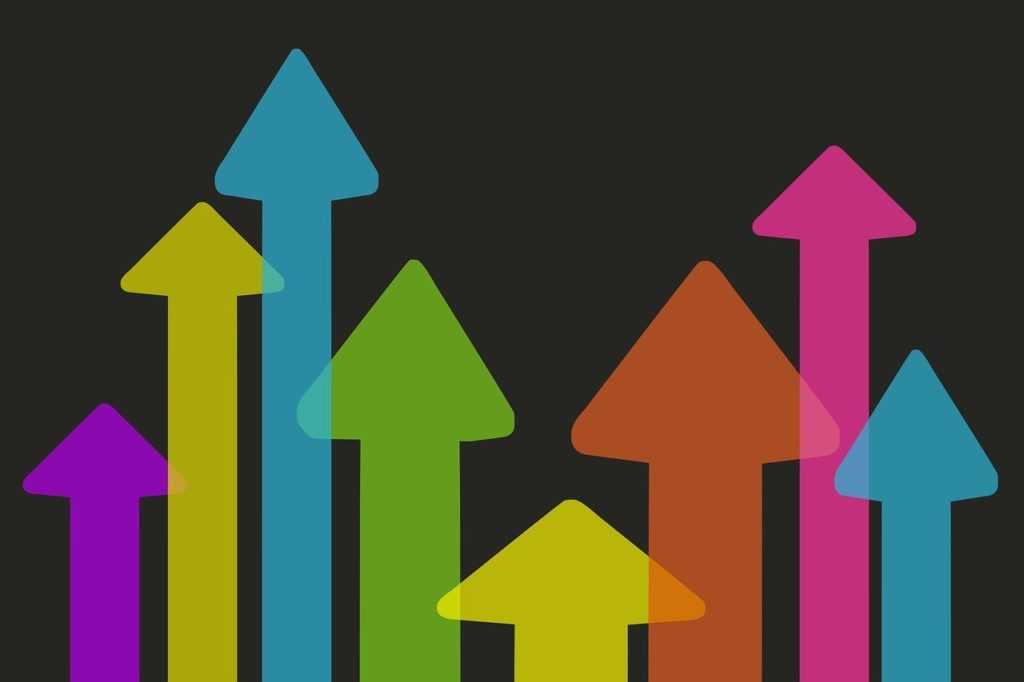 Becoming an underwriter could have several benefits for an insurtech (Credit: PixaBay)

While most insurtech companies pursue a partnership model with established underwriters to get their businesses off the ground, some have decided to carry their own risk. Peter Littlejohns explores views from across the industry to determine whether this could be the next stage in the sector’s evolution.

Insurance companies typically need massive pools of cash in order to pay claims, which is why ratings agencies look at how well capitalised they are to determine their ability to pay out.

Many insurtech companies entered the market hoping to take them on. But after encountering the high financial barrier to entry, typically realised they’d have to accept the role of managing general agent (MGA) or digital broker, relying on established players for their underwriting capacity.

Despite the initial need to collaborate, a small number of these insurtechs have since made the leap to being full-stack insurers, underwriting their own policies and keeping more of the premiums they used to cede to partners.

Depending on how well these companies adjust to the new role, and how much investment they have behind them, the marketplace could see a new trend emerge.

Why do insurtech companies want to become underwriters?

As the party taking on the risk inherent within an insurance policy, the established underwriters partnering with insurtechs are also getting the bulk of the profit.

Ian Buchel, a founding partner of business development consultancy Corniche Growth Advisors, believes the underwriters in these partnerships are only giving away the same share they would have ceded to any other business distributing their coverage.

“Insurtechs have got to pay the cost of the technology and the development of apps, for instance, and then when it comes to the insurance premium, the only part they’re allowed to keep is the bit that brokers would have kept anyway, without having those costs,” he says.

“The dilemma is that in order to be an insurer, you need scale, size and massive balance sheets.

“I really believe the insurtechs are getting a raw deal, but it’ll be very difficult to change that.”

Drawing from his own experience working with an insurtech client recently, Buchel says its biggest cost was underwriting.

With its shareholders looking to push it into profitability after it had spent some time scaling the business, they were happy to put up the capital needed for it to carry its own risk.

A push from investors

Industry influencer Rob Galbraith recently told NS Insurance that “with worldwide interest rates at near zero, insurtech is where investors might be able to find a 10% to 20% return”.

As investors try to capture this sort of return, some believe it’s their demands that will play a key role in determining whether or not insurtechs become underwriters – much like they did in the example provided by Buchel.

For Nikolaus Sühr, founder and CEO of London-based insurance technology provider Kasko, this is one of the only reasons becoming an insurer makes sense, due to the high cost of establishing a balance sheet.

“If it’s still in growth mode, focused on internationalisation and expanding its product line, it’s very costly for an insurtech to have its own balance sheet,” he says.

“The reasons most of these MGAs change into insurers is because, from an investor’s point of view, there’s more interest in gross written premium multiples than on commission multiples.

“The only other time it would make sense to me is if it has such a big revenue stream that the goal is to capture another 5% or 10% of the value chain and it needs a licence to do that.”

In layman’s terms, this means becoming an underwriter and having a higher level of profitability could mean an overall higher valuation for an insurtech.

“If an investor tells an insurtech that if it gets a nice gross written premium figure, the company is worth three-times more and that means it can get much cheaper financing to fuel growth,” he adds.

“That’s a very solid and logical reason to become an underwriter.”

Insurtech influencer and Deloitte UK partner Nigel Walsh says the amount of control over products and the speed at which an insurtech can get them to market are two major factors that can steer companies towards becoming underwriters.

“If they have to wait six, nine or 12 months to get going, then their fate is in somebody else’s hands, and as a start-up you want to take as much control of that as you possibly can,” he says.

“Underwriting partners have to sign off on every product, and that can actually be quite quick with the right one that’s prepared to move at pace.”

To help portray this point, he uses the example of Wrisk, an insurtech platform developer that previously spoke to NS Insurance about the way it uses risk data from motor manufacturers alongside its insurance platform to connect motor firms with the insurance market.

The 35-person start-up works with the automotive wing of German giant Allianz, as well as reinsurer Munich Re, to sell insurance products as a package alongside vehicles, counting the likes of BMW as distribution clients.

Walsh says this type of partnership, where a platform bridges the gap between two markets, is one of three directions he generally sees insurtechs go in – with the other two involving providing technology directly to insurers or actually becoming insurers in their own right.

“In this third case, insurtechs say ‘we’re not waiting for you anymore, we think we can get to the market ourselves, so we’re going to seek capacity and become an underwriter’,” he adds.

Using reinsurance to hedge the risk involved in becoming an insurer

In the third case Walsh describes, insurtechs have to rely on the reinsurance market to take on a percentage of their risk so their books are protected from unsustainable losses.

The reinsurance sector, including giants Munich Re and Swiss Re, have backed several insurtechs, some of which have undergone the transformation from MGA to underwriter.

According to Alexander Cherry, head of insurance research for the UK and Ireland at management consultancy Accenture, the sector may offer more flexibility for insurtechs looking to build up their underwriting capacity.

One way he says a company can do this “relatively easily” is through joining the panel of reinsurers that cover its primary underwriter by setting up a captive – a subsidiary that retains a certain amount of its parent’s risk.

“That’s why MGAs shouldn’t see entering the carrier business as an all-or-nothing affair,” he adds.

“By starting with only a thin slice of the risk and leaving the rest to the established reinsurance panel, they give themselves a source of incremental profits without undue downside.

“The potential longer-term upside is of course considerable: depending on their evolving risk appetite, capitalisation and – of course – results, insurtechs can steadily increase their share of retained risk, from toe-in-the-bath to full-body immersion.”

A second way to engage in underwriting is by taking the approach of UK insurtech Zego, which recently acquired an insurance licence, but still partners with underwriters for 80% of its policies – carrying the remaining 20% of the risk itself as a primary carrier.

The start-up-turned-scale-up has been backed by capacity from Munich Re and Transatlantic Re from the beginning, as well as UK primary insurance giants Aviva and RSA.

Tony Grosso, senior vice president of marketing and communications for insurtech firm EIS Group, believes insurers could lose out to insurtech underwriters if they don’t achieve ownership of the end customer.

“The risk that insurance companies are running is related to who owns the customer and who builds loyalty with them,” he says.

“Unless carriers (insurers) take customers onto their own system – so if they use another partner they don’t lose ownership of them – they will always be at risk of losing them to an insurtech.”

At the other end of the scale, Kasko boss Sühr sees an opportunity for incumbent insurers to beat insurtechs at their own game, further consolidating the market in their favour.

“They’ll just take the playbook of venture-capital funded insurtechs, put their brand on it, and outcompete them on price,” he says.

“For them, it’s just another bullet point in their investor day slide to show that they’re a digital insurer.”

A variety of evolutions

Not all of the MGAs and brokers in the insurtech world have plans to form their own underwriting department.

Darius Kumana, CPO of the aforementioned Wrisk, has no plan to move away from its underwriting partners and expects the marketplace to evolve into several different business models – some of which will include companies in the sector carrying their own risk, and some that don’t.

He also sees the possibility of players from outside the insurance marketplace evolving into insurers – specifically in the case of original equipment manufacturers (OEMs) in the motor industry.

“I can see a combination of start-ups going full-stack and raising their own insurance capital or even OEMs having captive insurers within their own businesses.

“But I can also see insurers continuing to provide capacity to both.”

Cherry believes insurtechs will embrace a “wide variety and hybridity” of arrangements to find the “sweet spot” for their businesses, but argues some degree of underwriting capacity could be an important ace to hold.

Even for those looking to maintain their status as an MGA, he says underwriting policies gives them more “skin in the game” – in other words, elevating their bargaining position with the (re)insurers that underwrite them, which can lead to better commission rates for their MGA activity.

He adds: “Risk retention is an important axis of innovation that I believe will increasingly be a part of the overall discussion, especially as insurtechs that got to market fast thanks to the favourable economics of the MGA model start to think about what comes next.”