How much risk will e-scooter riders pose on UK roads?

The UK will bring the popular e-scooter to UK roads, and a new partnership between Allianz and Lime might give some insight into who will carry the risk posed to, and by, their riders. 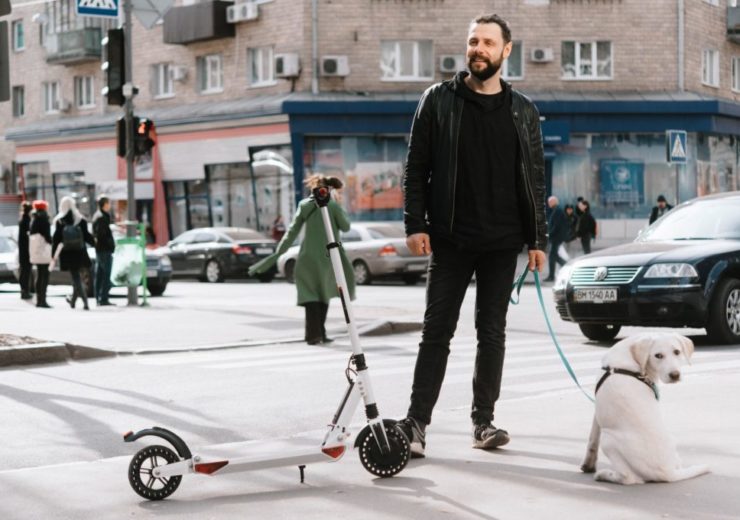 E-scooters are a part of the transport infrastructure in several countries (Credit: Unsplash/Dmitriy Frantsev)

The means by which people get around are ever-changing, and can vary from small tweaks to existing vehicles to entirely new modes of transport that disrupt the fabric of road travel. Recent developments suggest the e-scooter, an example of the latter, will soon be appearing in the UK –  bringing a unique risk set for the insurance industry, as Peter Littlejohns reports.

San Francisco is a city best known for the Golden Gate Bridge and old cable cars ferrying passengers up steep hills, but 2018 threatened to make it just as synonymous with e-scooters.

Its roads became packed with commuters on the two-wheeled machines, which could reach speeds of 15mph, but so too did its pavements.

Rogue parking and congested walkways led to a ban in May 2018 – less than a year after their 2017 arrival.

This wasn’t the first controversy either – one of the main scooter-sharing providers, Bird, had launched in Santa Monica in September 2017 without notifying the local authority, leading to a $300,000 fine.

Despite these setbacks, e-scooters have rapidly become a cultural phenomenon, with the sector’s two heavyweights Bird and Lime each operating in more than 100 cities globally, logging tens of millions of trips between them.

San Francisco eventually relented to welcome back some scooters, and they’re now just as common a sight in European cities like Madrid, Berlin, Paris and Lisbon, alongside a minor presence in Asia and the Middle East.

But one country watching from afar has been the UK, where they have remained illegal on public roads.

Until now, that is, with the cautious approach it has adopted seemingly set to give way to a U-turn instigated by the Covid-19 pandemic.

The government has been forced to weigh the risk of potential e-scooter accidents with the cost of not giving people an alternative to public transport – a situation it fears could worsen the transmission of the disease as lockdown restrictions ease.

The plan now is to trial e-scooters as soon as possible, with an aim of introducing them to public roads quickly.

But the risk they pose hasn’t changed – few riders in other cities appear to wear helmets, for example, leading to injuries to them and other road users – and the insurance industry is desperate to understand how likely accidents are to happen so it can insure riders against them.

“There is a problem with e-scooters per se, as the general stability is not as good as a bicycle.

“Road users also know what somebody on a bike looks like because they’re conditioned to it.

“With an e-scooter, you’ve got something that looks unfamiliar, interacting with another vehicle that might be doing 30mph or 40mph.”

To insure or not to insure?

Some insurers have no intention of carrying the risk of e-scooter rides on their books, at least not until it’s clear how volatile the underwriting experience could be.

Jimmy Williams, CEO of renters’ insurance specialist Urban Jungle, is part of this crowd, and admits he will be watching the result of their introduction to UK roads carefully.

“We’ll insure against the item being stolen, but we won’t give liability coverage on it – partly because nobody knows anything about the risk yet, and it’s probably quite high,” he says.

“There will be a lot of people who are really inexperienced riding scooters around.

“Where this has happened in other markets, a lot of liability claims have been made.

“We’re watching the space carefully, not diving in with two feet yet.”

According to an analysis of media coverage by business news organisation Quartz, there were 29 global fatalities involving e-scooters reported in 2018 – but as not all deaths make the news, the real number is likely higher.

In the same year, there were 1,500 injuries related to the new mobility vehicle, according to data from research firm Consumer Reports.

E-scooter rental firms have largely managed to avoid the cost of liability for accidents through a legal waiver customers must accept before they can unlock a vehicle.

Agreeing to the terms places the fault in any accident squarely on the rider’s shoulders.

Lime previously claimed to insure riders for “at least” $1m of liability if one of its scooters was at fault for an accident.

But it also investigated crashes on a case-by-case basis, and several legal professionals were vocal about their concern the company’s liability waiver would protect it from many of the challenges it could face in court.

A recent partnership between Lime and global insurance giant Allianz – one industry veteran that does appear ready to take on the risk of e-scooter riders – could change that in the UK and beyond.

Allianz announced its partnership with Lime on 27 May this year, and will provide riders with complementary personal accident and liability insurance in Europe, Asia and the Middle East.

The firm says it has already launched the coverage in France, with partial implementations in Germany, Italy, Portugal and Denmark too.

But comments on a recent consultation process between the government and the Association of British Insurers (ABI), as well as Allianz, suggest the insurer’s partnership with Lime could play a role in the incoming UK trials too.

Allianz Partner Group CEO Sirma Boshnakova says: “Allianz has been working with the ABI to provide feedback to the UK government consultation on the e-scooter trial.

“We continue working with the government to make sure new technology is used in a safe manner.

“Allianz is pleased to work with our existing partners to provide insurance solutions that help facilitate micromobility.”

The Department for Transport hasn’t confirmed whether either Lime or Allianz will be involved in the trials, but it’s understood by NS Insurance that third-party liability coverage, which will be required as minimum coverage during the period, will be obtained by rental firms on behalf of riders.

What are the insurance risks involved in riding an e-scooter in the UK?

As Boshnakova and Urban Jungle’s Williams note, a lack of experience is likely to contribute to e-scooter accidents.

But Thatcham’s Avery adds that the speed of the miniaturised vehicles – which is generally much higher than that of an electric bike (e-bike) – will play a key role in this risk.

“If you look on YouTube, there are many videos of people in the US that get on e-scooters and promptly fall off in the middle of the road because they’re just not used to the power,” he adds.

“The performance of many of these is way beyond an e-bike – more like a petrol scooter.”

It’s for this reason Avery says insurers want to see “limitations on power”, especially in the case of firms like Lime, whose customers may not take “the same level of care” on one of its rental vehicles that they would on one that they own.

Alongside the wearing of helmets, he adds that the minimum set of safety requirements insurers are recommending include both front and rear brakes, as well as lighting – two safety measures not currently seen on the scooters of most rental firms.

According to the UK Department for Transport, the top speed for any e-scooter trialled will be fixed at 12.5mph during the trial, but could rise to 15.5mph, depending on the resulting knowledge about their risk.

Outside of attempts to de-risk e-scooters themselves, Avery says cover providers are keen to support the development of autonomous emergency braking (AEB) technology, which can reduce the chance of collisions.

He recently explained to NS Insurance that Thatcham, alongside the European New Car Assessment Programme (Euro NCAP), are working to test AEB for heavy vehicles, in order to reduce their collisions with cyclists.

The technology comes as standard in most new vehicles, partially because Euro NCAP made it impossible to get a five-star rating without it as of 2019 – but AEB can’t identify e-scooters.

“The systems we’ve got at the moment will not necessarily look for e-scooters, because you’ve got someone standing up, not sitting down, and they’re not pedalling,” says Avery.

“They look like a pedestrian, but they’re actually six inches off the ground and they could be doing 20mph.

“The systems will think ‘it’s not a pedestrian because it’s going too fast, but it’s not a bicycle because it hasn’t got big wheels’.”

Because AEB systems are fine-tuned to avoid what he calls “false positives” – a vehicle wrongly detecting a threat where there is none – it’s more likely than not e-scooters will simply fly under the radar, leaving them at risk of a collision.

“There’s some work to do to make systems sensitive to e-scooters,” adds Avery.

While insurers continue to lobby the government for stricter minimum safety measures alongside the ABI, Boshnakova says Allianz won’t be able to draw “statistically relevant conclusions” on their risk until it has claims data to analyse.

It remains to be seen whether the e-scooter will enjoy the same explosion in popularity it did in its Santa Monica stomping ground, but if Lime does lead the charge for micromoblity during the UK trial, insurance partner Allianz will be keeping a close eye on the risk the new mobility option poses to its balance sheet.