Risk Rating 2.0: What impact will America’s new approach to flood risk have?

The prolonging of the US National Flood Insurance Program (NFIP) on 6 June this year prompted delight among many, but with changes to the way it assesses risk on the horizon, some fear insurance rate hikes brought by a long-term extension will destroy the value of their homes 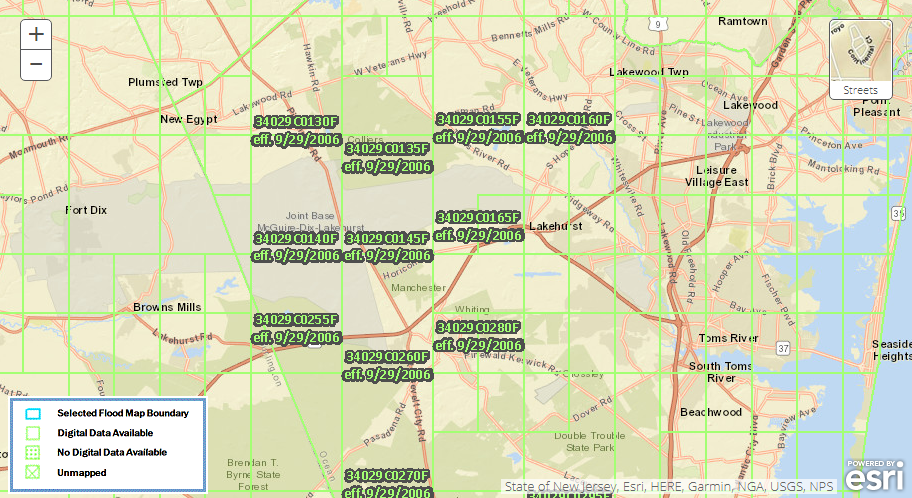 The full title of the new approach is the Risk Rating and Policy Forms Redesign initiative, and the intention behind it is to use new technology and available data to give more accurate risk ratings to communities and properties that correspond to fairer rates.

But in some areas of the US, the extra degree of accuracy could result in dramatic premium increases – a result the affected communities will see as anything but fair.

The NFIP’s last long-term extension expired on 30 September 2017, and since then has been subject to multiple short-term extensions, the last of which was made on June 6 this year and expires in September.

A legislative bill is currently underway in Congress to extend the NFIP to September 2024, as well as authorise the implementation of Risk Rating 2.0 – but one community and its politicians are urging for it to be stopped.

In North America, it’s mandatory for residents in high flood risk areas (marked with letters ‘A’ or ‘V’ by the NFIP) and a mortgage from a federally regulated or insured lender, to buy flood insurance.

In contrast, areas rated as having medium to low flood risk (marked by the letters ‘B’, ‘C’ or ‘X’) are given the option of insurance with a strong recommendation to buy it from the US Federal Emergency Management Agency (FEMA) – the government entity that manages the NFIP.

Speaking on a webcast hosted by insurance ratings agency AM Best, Patty says: “The flood insurance product has been rated the same way since it began.

“Right now, if a low-risk property is rated, it doesn’t depend on whether it’s on the coast or in Montana – the X-zone rating is the same.”

For Patty, this means current NFIP guidelines don’t give an accurate picture of risk, something she believes contributes to the country’s flood insurance gap and the public’s complacency around cover.

“Unfortunately, that’s not nearly enough when you take into consideration that everyone lives in a flood zone, whether it’s a high or low risk.

“I can even be in a grocery store and if I hear somebody say ‘oh I don’t need flood insurance, it’ll never happen to me’ – I’m the first one to pop up, because it can happen to anyone.”

This public perception is a driver behind Patty’s support for Risk Rating 2.0, which she believes will bring a dose of reality to those that eschew the cover.

She adds: “With Risk Rating 2.0, what it will show is the level of risk to an X-zone in a coastal area will be different than an X-zone in an inland area.

“It will help the market grow, but the biggest impact will be that people will see what their actual risk is.”

Insurance industry professionals that praise Risk Rating 2.0 do so because they expect it to address the shortfall in policy take-up around the country, as well as allowing them a more granular view of flood risk.

But on the other end of the spectrum, residents at high risk to flooding – many of whom are already used to frequent insurance rate hikes on their policies – expect the new initiative to raise their costs even further.

The US has 22,000 communities living in direct flood zones that will be affected by Risk Rating 2.0, but the most vocal is Berkeley, a coastal town in New Jersey – not to be confused with the city in California of the same name.

The town has had an active resistance project in the form of non-profit consumer advocacy group Stop FEMA Now, since 2013.

The group formed in response to what it terms: “Drastic flood insurance premium hikes as a result of a confluence of the Biggert-Waters Act of 2012, inaccurate and incomplete FEMA flood maps, and questionable actuarial calculations.”

In the wake of the legislative call for a long-term extension, the group has rallied local politicians against the renewal of the NFIP to 2024.

The Township Council, including Mayor Carmen Amato, denounced the possibility of 18% to 25% hikes to flood insurance rates for high-risk communities in a 24 June resolution, arguing further that Risk Rating 2.0 bringing higher premiums for those living close to water is unfair.

Mayor Amato says: “Berkeley has thousands of homes situated in the flood plain and the planned compounded yearly increases will destroy values of these homes, will force many into foreclosure and will shrink the tax rateables to our town.

“We urge other mayors across the country to pass similar resolutions and forward them to your congressmen and senators.”

The private residential flood insurance market in the United States is currently small, relative to the NFIP.

A report from Wharton University’s Risk Management and Decision Processes Center estimated in 2018 that private flood insurance accounts for roughly 3.5% to 4.5% percent of all primary residential flood policies purchased in the US.

Although it claims no data is available to evaluate the size of the total private market nationwide, it does estimate that roughly 60% of private policies were sold in Puerto Rico, with a further 20% sold in Florida – two of the areas historically worst-hit by extreme weather that leads to flooding.

With Risk Rating 2.0 on the horizon and private firms experimenting with new risk assessment technologies, Patty believes the private market is due a growth spurt.

She says: “What we’re seeing nowadays is some private markets coming into the mix, and we’re starting to see things like modelling, which is still in its infancy stages – but companies are dipping a toe into the water by using it.

“Modelling for flooding is where it was for wind about ten years ago, but it’s getting better and better.”