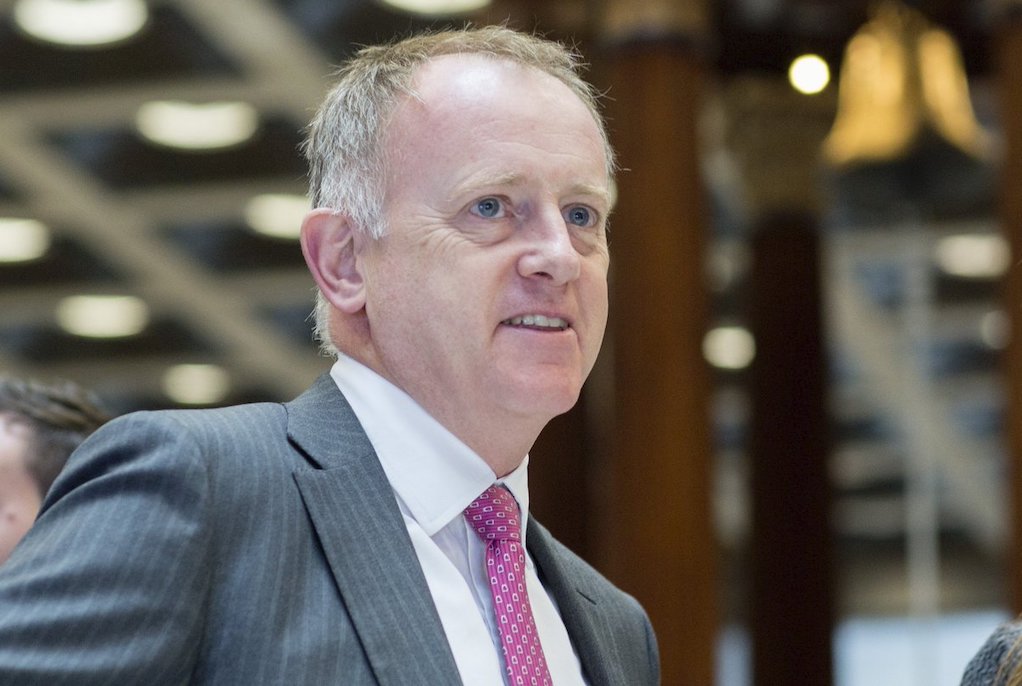 Innovation is sweeping through the insurance industry and causing transformative change. But Lloyd’s of London CEO John Neal believes too much of it is still business as usual. Speaking to an audience at AM Best’s annual Insurance Market Briefing, he laid out the body’s plan to revitalise the marketplace. Peter Littlejohns was in attendance and captured his thoughts.

Since she handed the job over to current CEO John Neal, he’s been adamant about carrying on her legacy of digital transformation — releasing a comprehensive 146-page document at the end of September this year, laying out the changes he wants to make.

The ambition behind the plan is both to address two straight years of losses for the marketplace, as well as to position Lloyd’s as “the most advanced insurance marketplace in the world” — as the marketing tagline says.

Listening to Neal speak, it’s clear that the motivation behind his Blueprint One plan is to ensure the market can survive in the future, as well as thrive in the short term.

“If we think just carrying on with business as usual is going to work for us then we risk becoming irrelevant in the eyes of our customers, who will see decreasing value in the products and services we provide,” he says.

“Alternatively, we can change and realise what we think is a very significant opportunity.

After the marketplace reported a loss of £1bn ($1.28bn) in its pre-tax market results for 2018 and a £2bn ($2.57bn) loss in 2017, it’s clear that Lloyd’s needs to do something, and Neal is convinced the answer lies in using technology to cut the cost of doing business, as well as attracting younger talent with ideas to shape the future.

“We need to make ourselves more relevant, more innovative, much more cost-effective and clearly more attractive to talent.”

Cutting the cost of doing business with Lloyd’s

Cutting the cost of back-office processes has been the primary goal of many insurers’ innovation strategies for some time — despite recent warnings from Deloitte that they could be putting their money in the wrong place.

But the Lloyd’s Blueprint One document is adding an extra layer of pressure on them by setting a target that administrative costs for Lloyd’s business will reduce from the average of 40% to between 25% and 30% of insurers’ budgets.

In order to achieve this, the organisation plans to bring in two electronic exchanges to replace up to 40% of business currently written by Lloyd’s syndicates.

Neal says: “It’s important that we build a digital platform that supports face-to-face collaboration and a way of doing business that enables the 300 broking firms that operate in the Lloyd’s market to connect to the 100 insurance firms.

He adds that they currently have their own software and systems in place for this purpose, but that Lloyd’s ambition to have them all using the same platform would make it simpler.

But this also means insurers and brokers must optimise their processes to take advantage of the increased efficiency.

The Blueprint One document reads: “Market participants will themselves determine how these efficiencies are used to support market growth or to create new, lower-cost models of operating.”

Lloyd’s isn’t excluding itself from the pressure to cut costs, however, as Neal says the marketplace will seek to reduce its operating costs, which currently stand at 2% of the budget, down to 1% or less.

Encouraging the next generation to operate in the Lloyd’s marketplace

The Lloyd’s marketplace has 100 syndicates, a mix of insurance and reinsurance companies, who come together to cover the risk that specialist brokers bring from their clients.

For years this has been a process dominated by giants, but with the announcement of Blueprint One’s “syndicate in a box” strategy, Neal hopes to change and lower the bar for entry.

Lloyd’s estimates that the process for setting up a syndicate within the marketplace takes around a year — but he believes realistically it takes even longer, also describing the costs associated as “pretty prohibitive”.

“We divided the time to establish a syndicate by between five and six, and divided the costs by between two and three — for certain businesses in certain circumstances,” he adds.

“This encourages those seeking value in the Lloyd’s franchise to be able to establish their business more easily.”

The gambit appears to have paid off for Lloyd’s, as reinsurance giant Munich Re elected to establish their innovation business shortly after Blueprint One was released.

Neal characterises this move as evidence of a “change of thinking around the world’s marketplace” — with Munich Re planning to become the world’s first syndicate run solely by AI.

“For the time being it’s looking at alternative structures around renewable energy and parametric coverage,” he adds.

Munich Re was chosen as the first to establish a syndicate in a box, with AIG signing up to bring its $1.6bn book of high-net-worth insurance business to the marketplace.

On top of those two, Lloyd’s has a waitlist of 80 companies looking to enrol in the programme.

Another key challenge Neal identifies for Lloyd’s to grapple with is attracting employees from younger generations into the marketplace — many of whom don’t see the insurance industry as an interesting area to start their career.

“Research shows that only 4% of younger job applicants are actually seeking employment in the insurance industry,” he adds.

“They actually described it as boring, which is not quite the industry that I relate to.

“But it does show that if we’re going to attract the brightest minds into our sector, we’ve got quite a lot of work to do in order to demonstrate the value proposition, excitement and opportunity that exists in our industry.”

Blueprint One is the start of generating that excitement, according to Neal, who recognises the inevitable fact that some areas of the marketplace will be disrupted by the shift in process and culture at Lloyd’s.

But he remains unapologetic about the friction it could cause, especially when the increased use of data analytics embedded into the plan helps identify the winning syndicates and the weak links in the chain.

In 2018 the best performing 20 Lloyd’s syndicates produced a combined operating ratio (COR) — a measure of underwriting profitability where anything over 100% is a loss — of 92.8%.

“Using data to challenge those businesses either to improve their performance, or simply accept that they don’t have a place in the marketplace is critical to our success,” Neal adds.