The Insurance Bureau of Canada has previously called on all levels of government to invest in risk mitigation and resilience, including the use of insurance 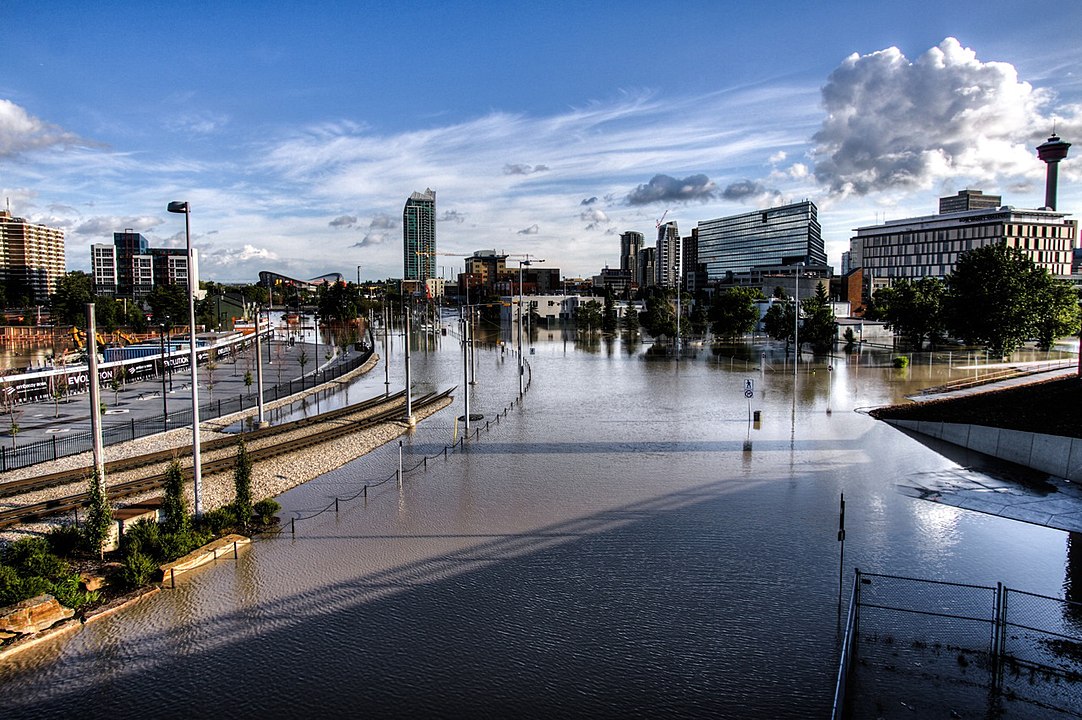 Global warming could increase the likelihood of flooding on the scale of East Village in Calgary, Alberta in 2013 (Credit: WikiCommons)

The Insurance Bureau of Canada (IBC) has called on the country’s government to construct a national flood plan that includes the use of insurance to reduce the financial strain of flood damage.

The call was made alongside the industry association commending Alberta’s regional government for investing $7.6m into the Cooperative Stormwater Management Initiative — a flood mitigation programme for high-risk areas in the region.

IBC wants all political parties to commit to a national action plan on flooding that prioritises public awareness and education on flood risk, an evacuation initiative for residents in areas with the highest risk, and the use of insurance to protect the losses of any that are left.

“As the frequency and intensity of severe weather events, such as floods, are escalating, we want to work with the government on adaptation measures like this to better protect Albertans.”

Western Canada has experienced several high-cost extreme weather events over the past decade.

But according to Power, an increase of smaller events is fuelling high losses like those seen in 2018.

“Instead, Canadians and their insurers experienced significant losses from a host of smaller severe weather events from coast to coast.”

The investment in Alberta’s Cooperative Stormwater Management Initiative was announced on August 21.

At the time, Jason Nixon, minister of environment and parks for Alberta’s government, said: “Flooding in southern Alberta in recent years has demonstrated the need to improve the resilience of our communities.

“The Cooperative Stormwater Management Initiative takes a regional approach to help ensure homes and businesses are protected during severe weather events, while allowing project partners to make better use of water resources throughout the region.”

The isn’t the first occasion that IBC has called on the government to address flood risk.

In April this year, the association encouraged it to increase investment in mitigating extreme weather events and building resiliency through targeted insurance programmes.

IBC stepped up its advocacy for these as the government had recently released a report on Canada’s changing climate, laying a scientific foundation for predictions that global warming would increase the regularity and intensity of extreme weather events.

The cause of this, it said, would be a projected increase in annual precipitation in all regions of the country — which would lead specifically to a higher potential for urban flooding — as well as warmer climate that would increase the risk of wildfire.

Under the high emission scenario explored in this report, it predicted that a current 1-in-20-year extreme rainfall event would become double as likely by around 2050.

In addition to calling for upgraded infrastructure to protect communities from floods, IBC is also advocating for improved building codes, better land-use planning, and incentives to shift the development of homes and businesses away from areas that are at highest risk of flooding.