Poland has an irregular insurance market in some ways due to a high level of state ownership, but it's still being shaped by forces seen in the wider market 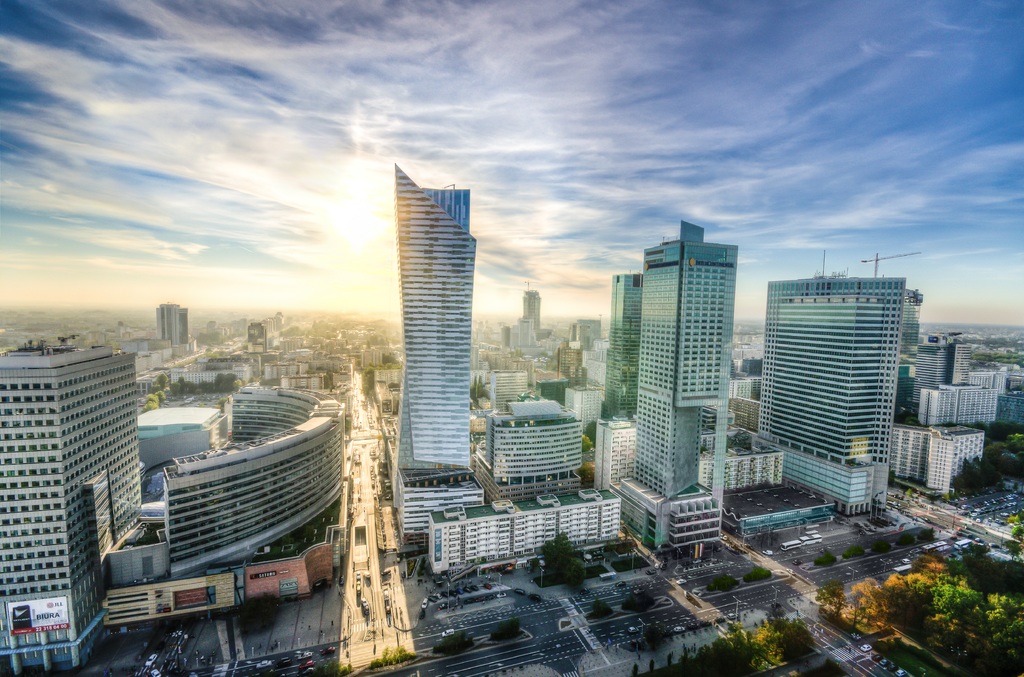 Warsaw is Poland's capital city and the home of much of its insurance industry (Credit: PxHere)

Poland has a peculiar insurance market in that a large minority of it is dominated by the government itself, leaving the majority for private companies to fight over. Andrea Simoncelli, CEO of Generali Poland tells Peter Littlejohns how this makes the country’s market unique, despite the rest of it following a similar trajectory to other European nations.

Eastern Europe has a storied history of conflict and regime change that’s left its mark on the region in many ways.

For Poland, one of those ways is the ongoing relevance of PZU Group (Powszechny Zakład Ubezpieczen) — a partly state-owned insurer founded during the early 1800s.

Poland was under the control of the Soviet Union following the end of WWII until 1989, during which time PZU grew its book of business as the private sector was suppressed by a government ideologically opposed to capitalism.

According to Andrea Simoncelli, CEO of Generali Poland – one of the largest insurance companies in the country — PZU still has a “very strong market share” due both to this period of history and the hundreds of years of operation in the country.

“We have to divide Polish insurance into two markets, one belonging to the important competitor and actor that is PZU, and then the rest.”

The dominance of PZU is waning in the insurance market

According to Simoncelli, the role the private sector plays in the insurance industry is growing, at the expense of PZU, as larger players in the market are seeking to consolidate their position by buying up smaller firms.

Among recent deals is German firm Gothaer Group, which sold its book of business to Vienna Insurance Group back in 2018.

Generali itself purchased Polish agricultural coverage specialist Concordia in the same year in order to add crop insurance to its portfolio of non-life risks.

“In the last three years, five smaller competitors have left the market or sold their business to others,” Simoncelli adds.

“This trend of consolidation will continue in the future for sure.”

The cost of providing insurance has grown worldwide for several reasons, including combating fraud and having to pay out more to fix evermore technologically advanced vehicles.

Simoncelli believes it’s the growing costs borne by insurers that are causing an exodus from the Polish insurance market and the opportunity for consolidation.

“Poland, like everywhere else in the world, is no longer a market for small operations because the cost of running the business is becoming too high for them to bear.

“Even though you can reduce the operational cost, then you have the compensation costs and the claims costs that are rising.”

PZU is defending its position by modernising

PZU’s market share might be a relic of a bygone age, but that wouldn’t be obvious from looking at the way it operates.

Simoncelli describes it as “a highly professional company” that’s becoming more and more “modern and up to date”.

To defend its dominant position, the firm has been transforming its processes to increase efficiency and adding new technologies to its services for much of the last decade.

Some of the most recent areas of innovation are PZU GO – a tiny device that sits on the windshield of car insurance customers’ vehicles and detects accidents – and a self-service portal that allows customers to view their cover in one place, as well as purchase more.

Much like PZU, every insurer in the Polish insurance market is attempting to add services through new technology — but one irregularity with the rest of Europe is that vehicle telematics hasn’t taken off.

“Telematics has not been successful. Competitors try, but there is still resistance from Polish consumers,” Simoncelli adds.

“The concept of privacy is the barrier preventing the widespread adoption of telematics.”

Ecosystems between insurance companies and service providers are developing, but more slowly than elsewhere

A current trend in the insurance industry is the formation of ecosystems to merge insurance and service provision into a more refined product.

While this is taking place in Poland as it is elsewhere in the developed world, Simoncelli says progress is slower.

“Most of the bigger competitors are developing their ecosystems,” he says.

“At Generali we have a cooperation with Europe Assistance, who assist customers when they travel, have a problem while driving their cars or when they have an issue with a travel agency or healthcare provider.

“So it’s a trend, but not so developed as it is within other European countries, but it has been going on for a few years and it will develop further without a doubt.”

It’s clear that Poland has elements of its insurance market that separate it from other areas of Europe — but it hasn’t shrugged off the global trends continuing to shape the wider industry.

One particular area Simoncelli highlights that’s taken hold in Poland — as it has all over the world — is the use of smartphones to buy, manage and claim on a policy.

“What’s amazing is that using cellular phones to do all of this is no longer something devoted to the so-called younger generation, the millennials.

“We are seeing that smartphones are becoming more and more utilised by middle-aged and even elderly people.

“It’s hard to believe but we see people over 70 using their phones to buy insurance.”

According to Simoncelli, the risks covered by these policies, no matter how they’re bought, remain the same in Poland as in any other country.

“There is no risk particular to Poland. There’s risk in every avenue of the insurance industry, but without it, we’re not going to survive,” he adds.