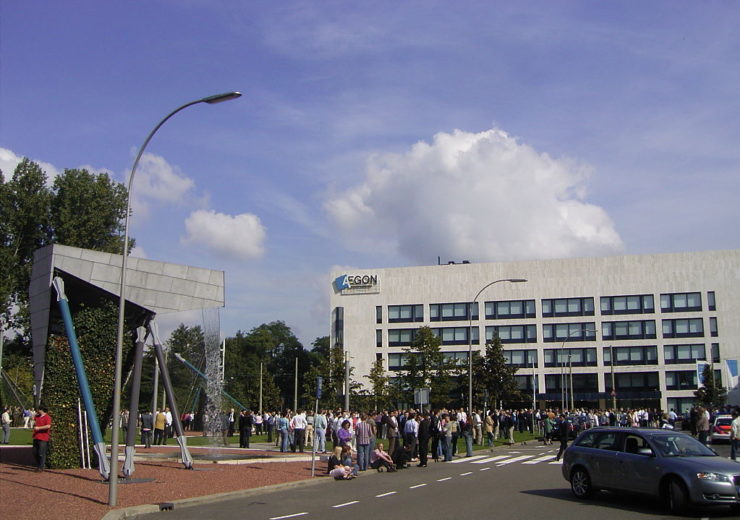 Image: The headquarters of AEGON in The Hague, Netherlands. (Credit: Wikipedia.org/TeunSpaans.)

The company’s pretax profit decline was mainly due to impacts from lower interest rates in the Americas, and a change in the recognition of interest expenses related to debt refinancing.

The company recorded net outflows of €22.5bn, due to contract discontinuances in US Retirement Plans and outflows in the US annuity businesses, the company said.

New life sales for the period were €456m, increasing by 15% compared to €398m for the second half of 2018. The growth has been attributed business growth in Asia and higher pension sales in the Netherlands.

Accident & Health insurance sales were also up by 19%, standing at €113m, from €95m in 2018. The increase has been led by   a large disability contract win in the Americas.

Aegon CEO Alex Wynaendts said: “In the second half of 2019 we continued to operate in a challenging environment. Our underlying earnings were impacted by low interest rates while we experienced net outflows in our US retirement and annuity businesses. As a result we achieved a return on equity of 9.5%, below our target of 10%.

“However, we increased our capital generation which, combined with a number of management actions, enabled us to maintain a strong capital position. This allows us to announce a final dividend of 16 eurocents, increasing our full-year dividend by 7%.

“We continue to execute on our strategy, simplifying Aegon’s structure and becoming more proactive in managing our businesses.”